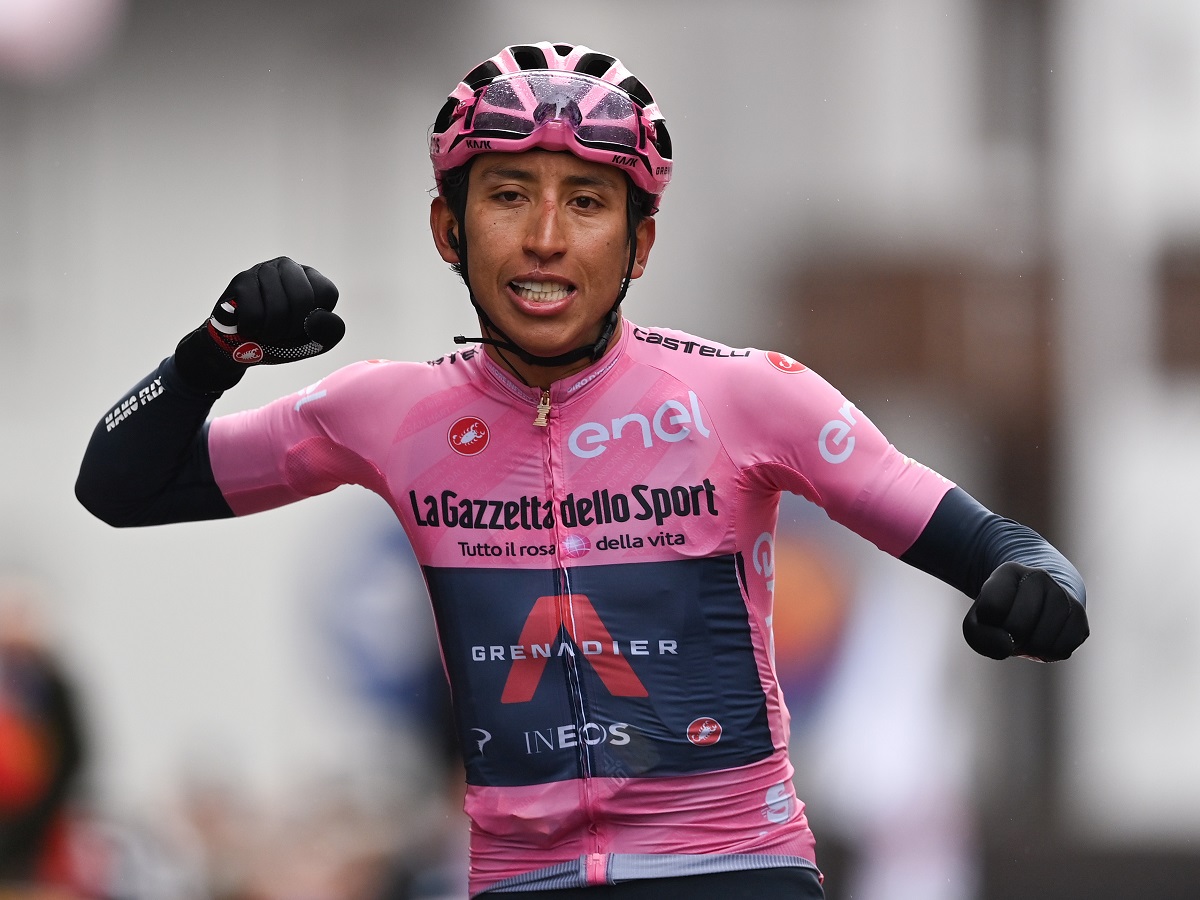 Burgos, the city of the iconic Cid Campeador, will be the setting that will host this Saturday the start of the 76th edition of La Vuelta a España, which will have nine South American cyclists who hope to raise the tricolor of the flags of both Colombia and Ecuador.

The group of riders from South America, made up of five Colombians and four Ecuadorians, is led by runners from Ineos Grenadiers, Egan Bernal (2021 Giro d’Italia champion) and Richard Carapaz (Tokyo gold medalist), two of the main candidates to wear the overall leader’s red jersey.

– Egan Bernal: the one born in Zipaquirá arrives in Iberian territory after having consecrated himself in the ‘Corsa Rosa’, which ended with problems in his back that prevented him from competing until the Vuelta a Burgos, an appointment that he managed to finish despite the fact that in the first stage suffered a hard fall that separated him from the fight for the title.

At 24 years old, Bernal’s great goal is to complete the triplet of the great tours (Tour, Giro and Vuelta) and join the select group of seven cyclists who have achieved it: Jacques Anquetil, Felice Gimondi, Eddy Merckx, Bernard Hinault, Alberto Contador, Vincenzo Nibali and Chris Froome.

– Richard Caparaz: With a surprising and historic victory in the road cycling event at the Tokyo Olympic Games, Carapaz is committed to being the protagonist once again in this 2021 in which he was already third in the Tour de France.

After his performance in the ‘Grande Boucle’, ‘La Locomotora del Carchi’ already knows what it is like to be on the podium of the three most important competitions in the sport of connecting rods by winning the Giro in 2019 and being runner-up in La Vuelta on previous year, feats that gave him the authority to be the leaders of the Ineos Grenadiers in this event, together with the Colombian Bernal.

– Jhonatan Narváez: the other Ecuadorian from this British team, who surprised the previous year by winning stage 12 of the Giro, will make his debut in the most important cycle tour in Spain. Narváez will be one of the gregarious members of this line-up and he hopes to do a great job to help Bernal and Carapaz get to the top of the general standings.

A team ready to 𝙧𝙖𝙘𝙚.

– Miguel Angel Lopez: After signing for two more years with the ‘Supermán’ telephone squad, he will roll on Spanish roads as one of the leaders of his team alongside Enric Mas. The Fisheries (Boyacá) adjusts a season in which he won the Vuelta a Andalucía, the Mont Ventoux Dénivelé Challenge in France and now he will seek to improve what he did in La Vuelta in 2018 in which he was third.

– Sebastian Molano: winner of the second and fourth stages of the recently completed Vuelta a Burgos, the sprinter born in Paipa (Boyacá) will be, together with the Italian Matteo Trentin, the main hope of the Emirati team to contest the victory of the stages with a sprint finish.

– Sergio Luis Henao: next to the Italian Fabio Aru, winner of the 2015 edition, this 33-year-old cyclist will be the benchmark for the South African team on this lap. In 2012, the native of Rionegro (Antioquia) had his best participation in this race by occupying box 14 of the classification wearing the colors of Sky.

– Jonathan Caicedo: Born in the province of Carchi, a region that has been featured by the recent triumphs of his fellow countryman Richard Carapaz, this 28-year-old rider disputes La Vuelta for the first time and will do so with the EF Education – Nippo jersey with which he already triumphed in a stage of the 2020 Giro d’Italia.

– Diego Camargo: With the loss of Rigoberto Urán due to the wear and tear he has had in this year’s races, the coffee quota of the North American team will be represented by this 23-year-old from Boyacá. His Vuelta de la Juventud and Vuelta a Colombia titles caught the attention of the American squad, which this time will be led by the British Hugh Carthy, third the previous year and one of the top contenders for the title of this 2021.

– Jefferson Cepeda: with this 25-year-old rider, Ecuador will have four riders for the first time in its history in one of the three main competitions of this sport on wheels. The one born in Playón de San Francisco (Sucumbios) arrives for the second consecutive season in this cycling event accompanied by a young group that will aim to win in any of the fractions.

Colombia and Ecuador, two countries that share the colors of their flag and that with nine men will fight to give a show in the great Spanish round.