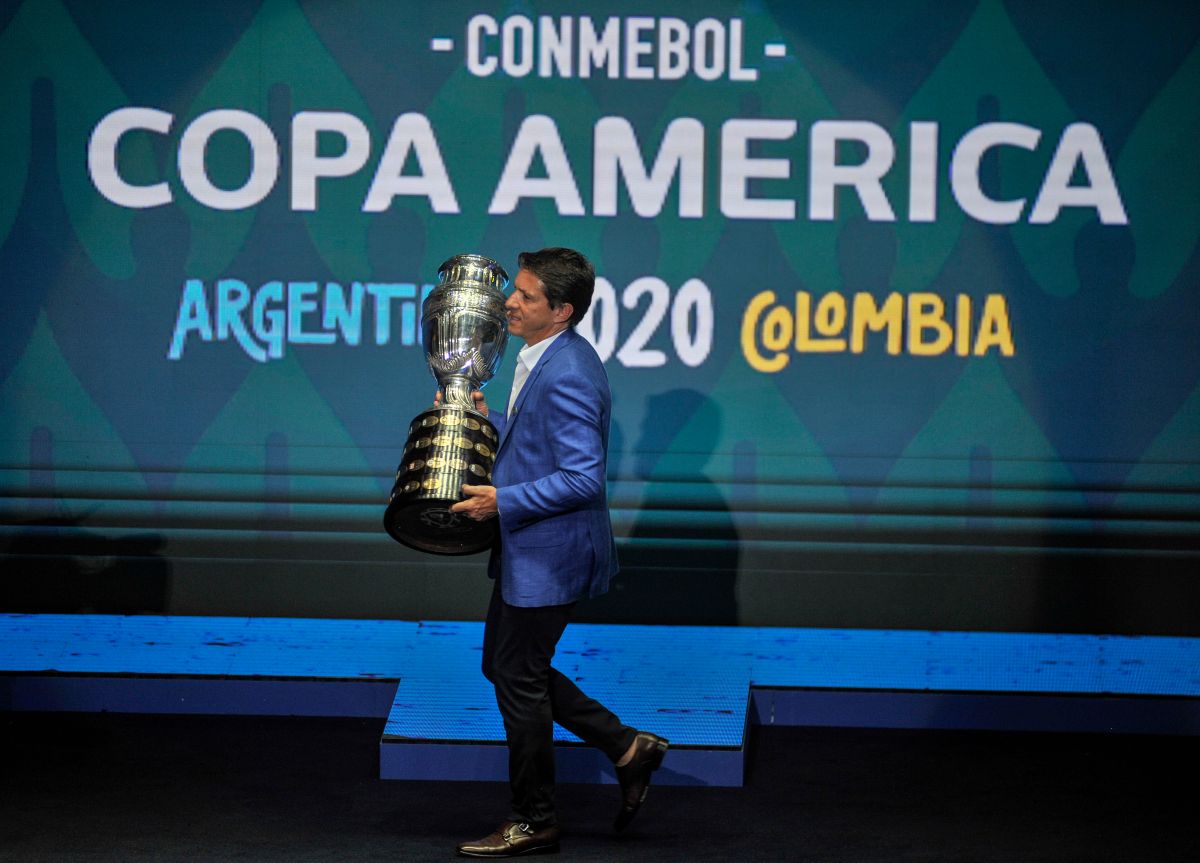 The Copa América is scheduled to start on June 11.

The Minister of Sports of Colombia, Ernesto Lucena, affirmed this Tuesday that sees unfeasible that the Copa América, which is expected to be played in his country and in Argentina in the middle of this year, don’t have an audience because of the COVID-19 pandemic.

“A Copa América without an audience would not make sense “said the minister in an interview with Caracol Radio, in which he said that the authorities are working on a “biosafety protocol to have an approximate capacity of 30%.”

The high official trusts that “the vaccination process continues at the rate it is going” and that infections will continue to fall as in recent weeks.

“This will help us to have a larger capacity,” Lucena added about the America’s Cup of Argentina and Colombia which was supposed to be played last year but was postponed to 2021 due to the pandemic and, as detailed, he goes ahead because of what the presidents of the Colombian Football Federation (FCF), Ramón Jesurún, and the South American Football Confederation (Conmebol) tell him. ), Alejandro Domínguez.

# 6AM | “A Copa América with zero public is unfeasible. We believe that you can have 30% of the public “

On the other hand, the Minister of Sports stated that Colombia “is fully capable of receiving the Copa América if it were to do it individually”, although he clarified that have not received any message about a possible withdrawal from Argentina In the organization.

“Colombia is ready to have a Copa América if it happens alone and the most important thing is to leave the message that we are working on all protocol issues for the issue of capacity, which is a concern that Conmebol has ”.

Along these lines, he pointed out that the Confederation has not set a “minimum capacity” and that the Government speaks of 30% because it is what its commission of experts estimates for the tournament.

“We believe that we will be able with a 30% capacity and I will communicate with President Domínguez to see what he is thinking with his commission of experts. But obviously a Copa América with zero audience would be completely unfeasible, I don’t see that scenario at the moment and on that basis we continue working ”, he added.

The Colombian team is one of the most interesting on a continental level. For this reason, we selected some of his best goals in the CONMEBOL Copa América so that you can enjoy them. What is your favorite goal? 🇨🇴 ⚽# CopaAmérica #VibraElContinente pic.twitter.com/IjRCApOTCQ