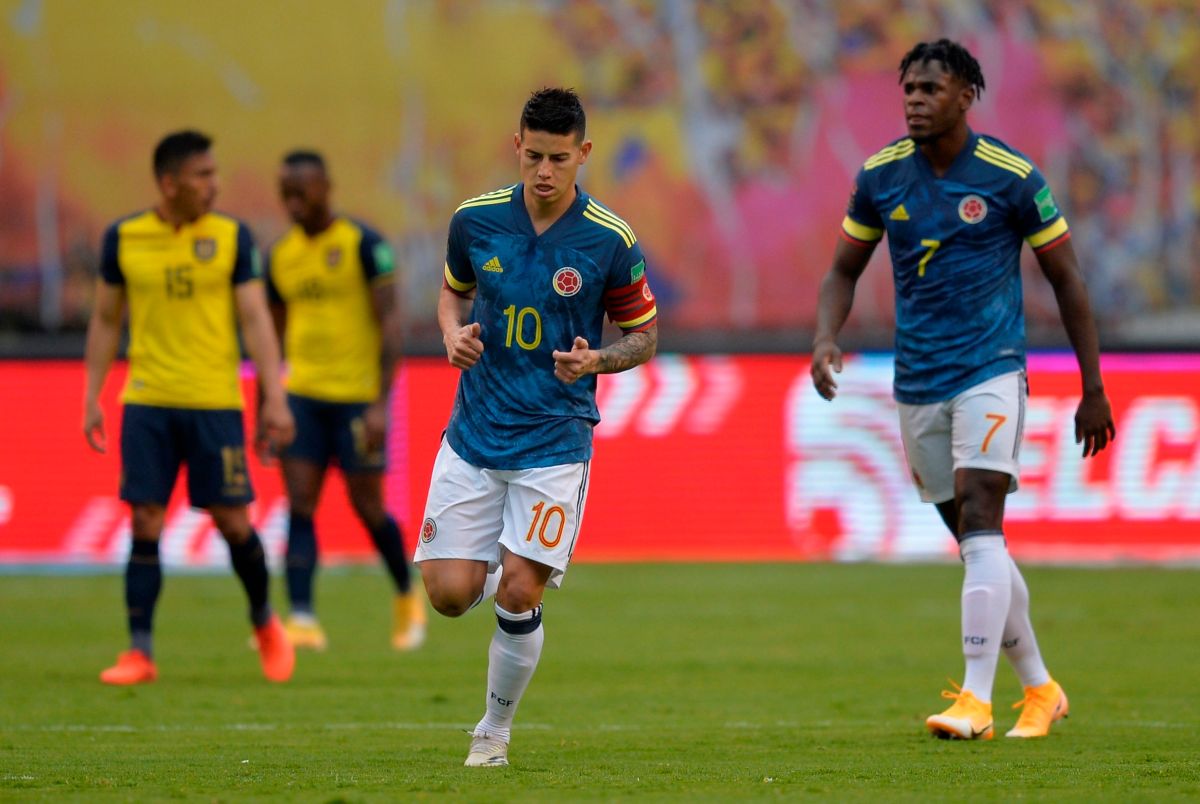 After the rumors unleashed about a possible confrontation between selected Colombians, where one of the protagonists mentioned was James Rodríguez, both the player and his federation came out to deny the version.

The Colombian Soccer Federation (FCF) published a statement in which it assures that “Not all the versions that claim that there were confrontations and attacks between players are not true”During the last rally.

“We want to be emphatic that during the 12 days of concentration remained, just like always, an atmosphere of cordiality, camaraderie and friendship among all members of the Colombia’s selection, as has been characteristic ”, added the FCF.

For its part, the Colombian midfielder supported this version with a statement that came from his office and posted on his personal social media accounts, where He also ruled out “aggressions” or “disputes” with his colleagues after La Cafetera was beaten 0-3 by Uruguay and 6-1 by Ecuador in the last two games of the qualifying rounds for the Qatar 2022 World Cup.

In the document, the player of the Everton denied “all kinds of alleged information alluding to mistreatment, aggression, disputes or all kinds of controversy raised between players and in which I am mentioned as the protagonist, after the World Cup qualifying commitments held on November 13 and 17 2020 ”.

The Everton footballer added in his statement that what “happened on the court and the unfortunate results has not prospered beyond what the game represents“.

“Both in the dressing room and personally, I maintain excellent and respectful relationships with my colleagues from the Colombian National Team“Added the former Real Madrid player.

“As a group we remain united and with the intact dream of qualifying for the World Cup in Qatar, something for which we will work even harder,” he said and asked the fans for something: “For this we need to clear up all kinds of doubts about what which represents the harmony and the atmosphere in the dressing room, which although it is affected from the emotional point of view, has never gone into conflict between us, its members ”, he declared.

After the double day, which left the continuity of coach Carlos Queiroz in suspense, Colombia occupies the seventh place with four points and will face Brazil in Barranquilla and Paraguay in Asunción in March.