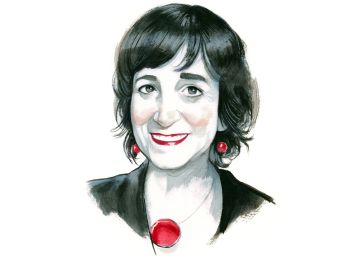 Ha caído Trump like a dry tree, defeated by its own follies. Biden has not won: Trump has lost. Barely a few hours have passed since the proclamation of the Democratic victory (you know I write these articles two weeks before they are published) and it is already beginning to seem unreal to me that we have been four years under the world domination of this grumpy and vociferous guy, of this schoolyard bully with pierced pussy wig, as liar, lame and ignorant as the worst contestant of the worst reality. A man who, purely cartoonish, could be an actor playing a villain. He seemed ridiculous and impossible to us as a candidate for president, he was ridiculous and incredible to us as president, and now we see him as ridiculous and pathetic in his attempts to cling to the chair.

Well, maybe that’s the key to everything. Or one of the keys, at least. Its ridiculousness.

Let’s think of other ridiculous guys in history. Hitler and Mussolini, for example. Unlike Trump, who has been contained within the system, they came to commit brutalities, which does not prevent them from being quirky little characters. On the other hand, Stalin, that tremendous contemporary murderer, was not ridiculous, but rather fearsome; but of course, it is that the Soviet leader did not come to power through the ballot box, and the others did (or almost: Hitler was second). And what I want to talk about is the electoral appeal of ridiculousness.

The knowledge of what came next, of the pain and horror of what happened, gives Mussolini and Hitler a sinister aura that in some sense makes them great; by impressing us as evil, it is more difficult for us to appreciate their clown status. But the truth is that both had a lot of buffoonery and grotesque characters; Both Hitler’s puny mustache, with his absurd little mustache and peangans stuck to the water, and Mussolini’s short, stubby-headed and chest-dove acted with such exaggerated and pathetic pretenses, so laughable in their way of trying to appear majestic, that they seemed a farce. And in fact they were easy mockery for international comedians, until the lead times came that ended all the laughs.

I’ve always thought that the most destructive emotion is humiliation. For example, the jihadist attacks on the Twin Towers involved several Saudi engineers, rich heirs who studied at the best British universities; and I can’t help suspecting that these guys, who lived revered as princes in their semi-feudal society, might feel neglected and humiliated by English university classism. Which could poison his thoughts. Perhaps Hitler also believed himself despised in his youth and that would enhance his monstrous drift, but this is not the subject that interests me now. I just wanted to emphasize that humiliation has consequences.

And at what point in history do voters decide to bet on ridiculous guys like Hitler, like Mussolini, like Trump? Well, in very similar times; in societies deeply wounded by two tremendous economic crises, the Great Depression of 1929 and the Great Recession of 2008. When a crisis is supposedly overcome at the cost of leaving a quarter of the population impoverished, and when the rich who caused that crisis not only did not they have paid for it, but have become even richer, a good part of the citizenry is being beaten. We live within a value system so perverse that losing your job makes you feel guilty and ashamed. Being poor is a humiliation in our world; but, if you have also recently become poor, the burn is even more unbearable. I do not see it easy for those damaged people, who believe that they are not taken into account, who feel despised and ridiculous, vote for successful patricians like Hillary Clinton (I already said that these elections were not won by Biden, but by Trump). On the other hand, when a character appears so obviously painful and bizarre that he would be despised in any gathering of the powerful, they can easily identify with him; As Monterroso said, dwarves have a sixth sense that allows them to recognize each other with the naked eye. I’m afraid there is a lot of real pain after the triumph of the ridiculous.