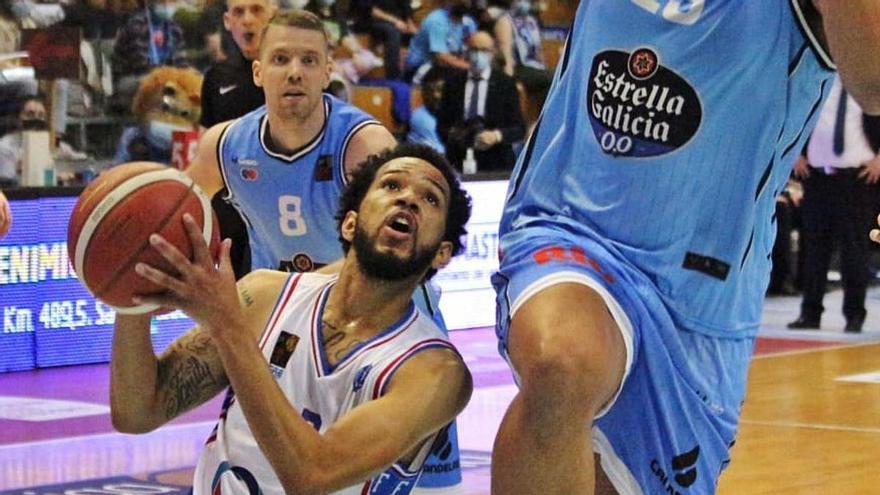 It was not the dream start for a Lucentum that he left the game fearful, signing an unfortunate first quarter. Larsen quickly paved the way with 11 points in just five minutes. The Dane was unstoppable at the start of the match against an HLA stuck in attack, very bad on the rebound and with a lot of nerves. The difference in the scoreboard was opening at times. The people from Alicante could not find solutions and the Galicians all came out despite playing their star Larsen for only five minutes in the first act. The 30-13 with which the first quarter ended left a halo of concern in an empty Lucentum with no way of hurting his rival.

Nothing to do with what happened in a spectacular second quarter of Pedro Rivero’s team. Gjuroski’s inspiration led the Alicante reaction. Based on triples, the HLA approached Breogán and with a partial of 2-15 the match was a totally different one. The exterior success of the Alicante team put Lucentum fully into the game, something that seemed impossible after the first quarter part. With two triples from Gjuroksi, two from Huertas and another from Guillem, Breogán squandered his income to end the first half with 44-41 after 14-28. The HLA was hardly disturbing under the rim, but the defense, especially that of Zohore, was very good, which caused the despair of a Breogán to whom Rivero’s team passed the doubts of the first quarter. The Lucentum that never gives up reacted in a big way to give excitement to a game that seemed finished in the first ten minutes.

The HLA turned the game around as soon as the second half began and took the lead for the first time (44-45). Breogán was still touched and Lucentum was launched with a great Zohore and an effective Gjuroski, who made it 46-50 after scoring his fourth triple. The people of Alicante are unstoppable when they are full of confidence and they left the locals by only two points in the fifth minute of the third quarter. Larsen became practically the only threat and a triple by Rafa Huertas forces Breogán to call a time-out with the score at 48-55.

The despair of the Galicians increased at times, something to which Urtasun’s two triples in a row contributed even more. Lucentum scoring festival from the outside line and the Lucentian advantage did not stop rising (52-66). The victory was getting on track at times with an electrifying and effective game, but Breogán reacted timidly with a triple on the horn to face the last quarter with a 60-69.

He had left. At 20 seconds Rivero calls for a timeout after a triple by Sergi Quintela that brought the Galicians closer. The meeting was even at times until Breogán snatched all the advantage from Alicante after recovering the success (75-75 with six minutes to go). Everything was at the expense of the last five minutes. Ahonen did a lot of damage and on 3-pointers put his team ahead for the first time in a long time. The triples save the HLA again, especially those of Gjuroski. End of heart attack. 20 seconds to go and the ball for Lucentum with 88-87 on the scoreboard. Gjuroski missed a triple with three seconds to go and left the victory at the mercy of Breogán.

It was an accumulation of sensations and streaks that will continue this Saturday at Pedro Ferrándiz. It is only worth winning to force the third game.