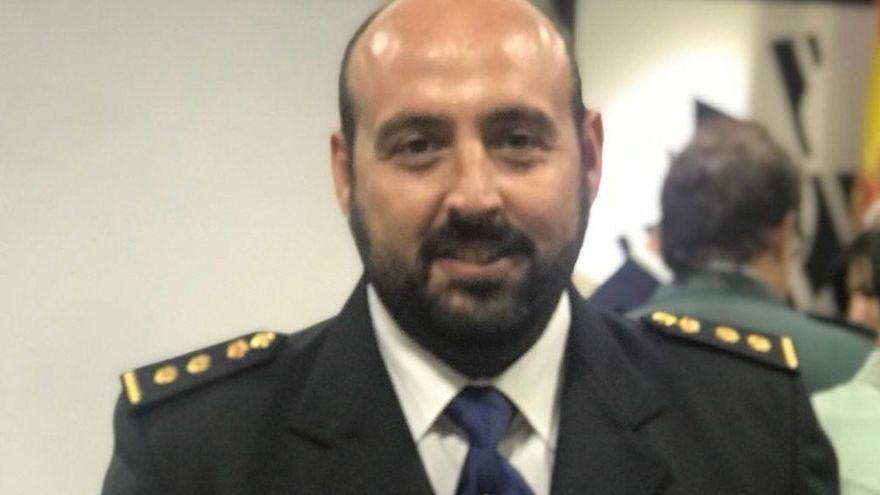 His people, and some of the drug traffickers he has arrested, call him ‘El Patron’ as a sign of respect. He has been fighting drug trafficking for 23 years: First in Barcelona, ​​then in Galicia between 2006 and 2017, and in the Central Brigade that he now directs. He is the son of a policeman and in his office, full of medals and awards, a boxing glove is striking, a memory of a 22-year-old boy who died from heroin.

The 125 police officers who work under him in the Central Narcotics Brigade of the UDYCO have arrested the most high-profile drug traffickers. Commissioner Antonio Martínez Duarte affirms that the drug traffickers “are miserable” without any charisma. However, he recognizes that watching over them, investigating them, following them and thwarting their plans “has an adrenaline rush that gets you hooked.”

Q: 25 years in the police force, 23 of them chasing drug dealers. Its people have arrested the most famous narcos in Galicia, the Strait, Colombian groups, even some of the mythical Pink Panthers … Where does that passion come from?

A: My father was a policeman in Melilla, where I was born. I was going for citizen security, but when I was doing my internship as an inspector in Melilla, I came into contact with the drug trafficking investigation and I got hooked. This world hooks you: first you feel the adrenaline of investigating and following them; later, when you stop them, you are left in a strange calm, as in peace. We work to decapitate criminal organizations, we have to stop number 1. And they have all fallen. We are never going to win the war on narco, we must be aware that this is a war that we are not going to win, but it is important that they know that we will fight to the end and that no one who dedicates himself to this is going to feel comfortable in Spain.

“The Galician drug traffickers now want to be like the devil: invisible”

Q: You have met the most famous drug traffickers, you have interviewed some of them on the street and in prison. As they are?

A: I don’t like to talk about specific names, but the drug traffickers that I know, and have met almost all the greats, are miserable. None have captivated me or seemed charismatic. The biggest traffickers we have arrested are guys who are always looking at their cell phones, always guarding their backs, they don’t sit down to eat, they don’t enjoy the money, they bury it. They buy luxury cars, but they move in vans. Sito Miñanco had a certain charisma among his people because of how he treated them, but I have never seen a hint of greatness in any of them. They don’t have anything that caught my attention.

Q: You spent many years in Galicia, a territory that was highly contaminated by drug trafficking and your money. How is Galicia now and how are its drug traffickers?

A: The Galician drug traffickers did not control the territory of Galicia thanks to the pressure of some associations of mothers, of women, to their social pressure; also to that of some media, some prosecutors and some judges. It was society that fought and defeated the inertia that Galicia had to become a territory controlled and consumed by drug money.

Q: And now, is there a risk that Galicia will return to that?

A: Galician drug traffickers continue to be number 1 in maritime cocaine transport in Europe. Now they want to be invisible, they want to be like hell. They say that the best trick of the devil is to doubt his existence … This is how the Galician drug traffickers are trying now. They eat on paper tablecloths, they go in vans, they have the Ferrari hidden in a garage and the money buried, they do not travel with the family, they do not go abroad. For years, in Galicia the groups no longer compete with each other, they form alliances among themselves, two or three very strong groups remain there, the rest have been fading. Now they buy rafts in an industrialized way, clam businesses, construction companies … and, above all, they have an army of lawyers. They design very complex structures for money laundering, financial engineering. The winning lottery tickets, the horses, the footballers and the paintings are the stuff of old dealers.

The Central Narcotics Brigade, with part of its drug seizures. OPEN CASE

Q: The problem of the Campo de Gibraltar, the Strait, with the hashish traffic is different from the one that existed in Galicia in its day. What is the situation there now?

A: There came to be a problem of public order, of respect for authority and the law. In recent years it has been controlled a lot, all the bosses have been falling. And consequently, the hashish trade is moving. The fight against drugs is like a balloon full of water, if we press on one area, another will fatten. Now the hashish traffic is being diverted to areas of Huelva, Seville, Sanlúcar de Barrameda and the Costa del Sol. The hashish traffic is never going to end, but we have made it very difficult for them, the proof is that they are changing the methods: we are taking loaded trucks, containers, sailboats …

Q: Are the narcos of the Strait different from the invisible Galicians?

A: So far they have been very different. Those from the Strait were ostentatious types, when a new model of some car brands arrived in Spain they were the first or the second to buy them. They wore sneakers for a thousand euros, tracksuits for eight hundred … The Campo de Gibraltar became the area of ​​Europe where the most mopeds were sold. They belonged to the narcos, to give them to the points (kids in charge of guarding the areas where there are police and civil guards) and the busquimanos (young people who go to the beaches in search of bundles of hashish that are lost in the landings).

Q: Last year, in the middle of the pandemic, your people seized in Spain almost 30 tons of cocaine, 50 of marijuana and 70 of hashish. I suppose there are also foreign criminal groups trying to settle here. Could what is happening in the Netherlands happen, that criminal groups have threatened to kill their head of government?

A: Spain’s position, its lifestyle, its climate … make them try it. We try to prevent groups from arriving that threaten the freedoms or institutions of this country. They never settle, they always go for more. Pressure is the key so that they do not eat the ground, we must not lower our guard. If we let them, they give a pulse to the governments, and I am not talking about African governments, I am talking about governments of Europe. In recent times, groups of Moroccan and Swedish drug traffickers have tried to settle here, also groups from Eastern Europe; They know that we are going to fight head-on against them, that this is not going to be a comfortable place.

The agents of the Central Brigade have witnessed live how the drug traffickers they watch enjoy dinners for ten thousand euros a night while they have a sandwich. They were also, years ago, of those orgies in Portugal with women known from television in which some traffickers were drawn in raffles who spent the night with them. Whoever won, won a free fuck, not the white powder, but a meeting with a more or less famous woman for six thousand euros. They are narco stories. Reality, not fiction. Some of them are already in Netflix series, others appear in Spanish projects about the famous Miami and other criminal and nocturnal groups.

R: Have you seen any series of drug traffickers? The Wire, for example?

A: I have seen The Wire, it is a cult series. I really enjoyed watching it, as a spectator, but our life is not like that. The retail of drugs is persecuted in Spain, but not as they tell it in the series. Here, to enter a drug store, for example, you have to be on the street, but there is also a lot of paper (errands) to do to be authorized by a judge, a lot of evidence to gather. The Wire cops couldn’t work in Spain.

Q: So many years fighting drug trafficking, so many detainees, some of them even several times. What is the secret to staying and enduring wear and tear?

A: There are some known clients, yes, who have been here several times. When we put the shackles on them again, someone says to me: don’t you ask me why I don’t withdraw? I tell them that I know the answer, they do not withdraw because that is what they like, they cannot live without this. An important key to surviving this is not to take it personally. Sometimes when we stop them we tell them: you’ve lost, and they smile. We always go straight ahead, by right, without shortcuts, and they respect it.

Q. You have hurt a lot of people, Commissioner, dangerous people. Have you received threats?

All of us who are in this have received some. But it is difficult for them to reach the people of the Central Brigade, the people of UDYCO that we have in the regions, those who live next to them, run more risks.