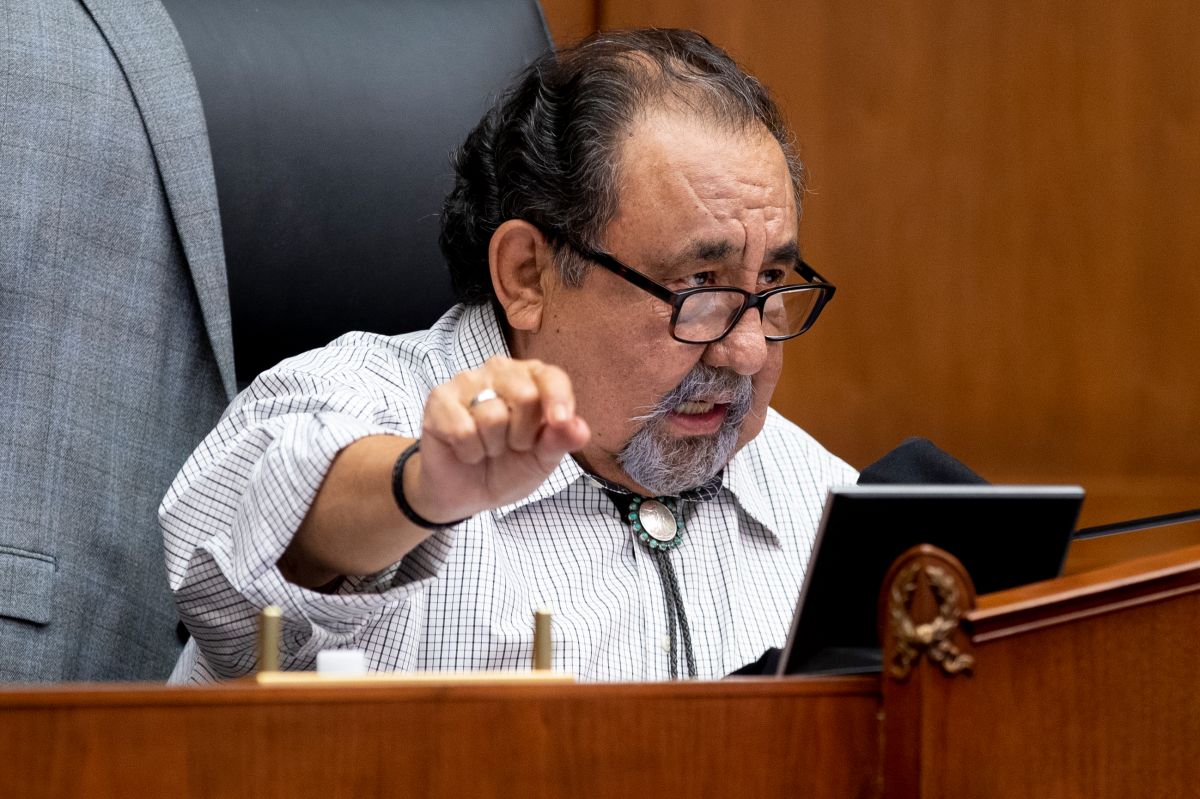 The Democratic representative, Raúl Grijalva, is the president of the Natural Resources Committee of the federal Chamber.

Arizona Democratic Representative Raúl M. Grijalva confirmed this week that on April 14 the Committee on Natural Resources who heads will hold a hearing to evaluate the two bills presented in the federal Congress that seek solve the status problem in Puerto Rico, a US territory for more than a century.

Grijalva, who believes that Puerto Ricans deserve a clear and close process on the issue of status, indicated in a press release this Monday you will listen to the parts without putting a finger on the scale.

“Legislative approaches that have garnered popular support will receive a fair hearing and due consideration in this committee, and I will not put my finger on the scale,” the Democrat said.

“I look forward to hearing about both laws to reach an equitable and hopeful end, a federal agreement on a final process to resolve the political status of the island,” added Grijalva.

The congressman refers to the House bill HR 1522 from the Florida Democratic Representative, Darren Soto, and the H.R. 2070 of the Democratic representatives of New York also of Puerto Rican origin, Nydia Velázquez and Alexandria Ocasio-Cortez.

Grijlava indicated that the hearing will begin at 1 pm and will be broadcast live. At the moment, there are no details of who will deposit on the exchange, but more details will be provided in the next few days.

Grijalva, through the committee he chairs, has already held other hearings regarding Puerto Rico and the impact of Hurricane María.

On December 10, 2020, Grijalva sent a letter to the President Joe Biden and Vice President Kamala Harris to prioritize the efforts for the reconstruction of the island and the rapid implementation of the “Plan for the Recovery, Renewal and Respect of Puerto Rico”.

In said announced plan, as part of the duo’s campaign, it is mentioned that Biden will work with representatives on the island that support each of the status options in Puerto Rico to initiate a fair and binding process for the Antillean to determine its own status.

While campaigning in Florida last year, Biden indicated that he – personally – supported statehood for the island, but his official political stance is one of “self-determination,” or the possibility for island residents to select the political model that they favor the most.

The legislation of Velázquez and AOC, known as Puerto Rico Self-Determination Act of 2021 provides for the creation of a “Constitutional Assembly of Status” with delegates selected by voters on the island.

The project does not lean towards some formula of status.

The delegates will draft a transition plan to accompany each of the self-determination options, which may be statehood, independence, and free association, among others.

Additionally, the legislation provides for the creation of a Bilateral Negotiation Commission, which will be composed of several members of Congress to provide advice and consultancy to the delegates of the Constitutional Status Assembly.

In the case of the Soto legislation, which has the support of the resident commissioner in Washington, Jennifer González, and other leaders of the ruling New Progressive Party, it seeks that the US president admit Puerto Rico as the 51st state. of the Union by means of an admission act.

The admission process is subject to the voters of Puerto Rico voting in favor in a new statehood yes or no referendum and proposes a period of up to 12 months for the president of the United States to proclaim the admission of Puerto Rico as a state, if they Puerto Ricans vote in favor.

The sympathizers of the Puerto Rico Statehood Admission Act They seek with the project to follow up on the plebiscite of November 3 in which statehood obtained 52.5% of the votes.

That percent, however, does not represent a majority for those who favor the other measure.

In addition, supporters of the Puerto Rico Self-Determination Law argue that Soto’s initiative is inclined towards statehood, so it is not inclusive.