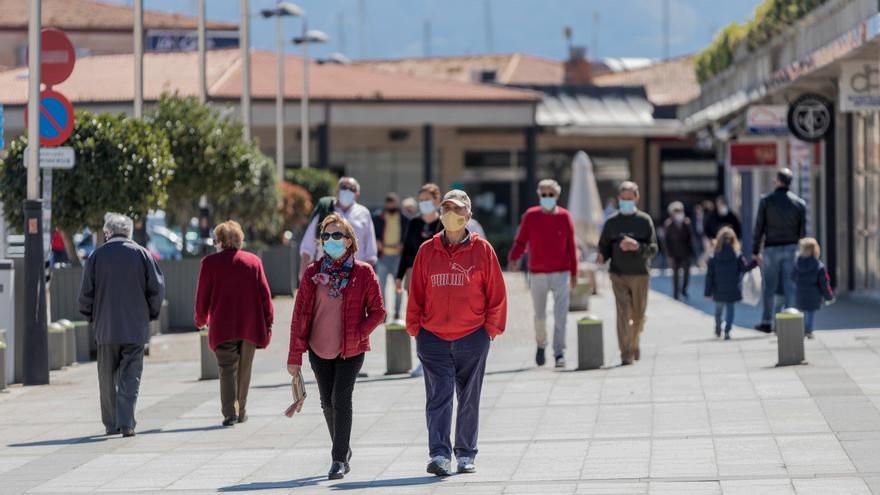 Some autonomous communities have announced this Thursday the relaxation of certain restrictive measures just two weeks after the end of the state of alarm in Spain. Specific, Catalonia has advanced that it will lift the regional confinement as of Monday, while The Balearic Islands have eliminated the limits of coexistence nuclei in meetings abroad.

In addition, the president of the Valencian Community, Ximo Puig, will communicate this Thursday new flexibilities related to the hospitality sector. However, this is the situation by autonomous community at 3:00 p.m. this Thursday, April 22:

This region continues closed perimeter and provincially, and has confined those municipalities that exceed a cumulative incidence of 500 cases per 100,000 inhabitants at fourteen days. The curfew is between 11 p.m. and 6 a.m., and the hotel industry closes at 10:30 p.m., except in areas with alert level 3, where they close at 8 p.m.

Also Aragón continues closed and maintains the municipal confinement of Tarazona, Cuarte de Huerva, Fraga and the region of La Litera. The curfew is between 11 p.m. and 6 a.m. and the hotel business closes at 10 pm, except in certain municipalities.

Asturias is still closed perimeter and with the confinement of Langreo and Llanes, the curfew is between 11 p.m. and 6 a.m., and the hotel business closes at 10 p.m. on terraces and at 9 p.m. indoors.

It is closed perimeter and also it is recommended not to travel between islands, the curfew is placed between 10 p.m. and 6 a.m. As of Saturday, the limits of coexistence nuclei in social gatherings and on the terraces of bars and restaurants are eliminated. The bars in Mallorca and Ibiza close at 5:00 pm, in Menorca the interior of the bars also closes at 5:00 pm and the terraces at 10:00 pm; while in Formentera, inside the bars, at 5:00 p.m. and outside at 6:00 p.m.

Anyone who presents a sanitary control can travel to the Canary Islands, although there is a perimeter confinement in Tenerife and Gran Canaria. On these islands the interior of the hotel business is still closed and the premises close at 22.00. In La Palma, La Gomera and El Hierro, a maximum of ten people is allowed at the table, while in Fuerteventura, Lanzarote and La Graciosa, the maximum capacity will be six people, and four indoors.

Cantabria is perimeter confined, the curfew is between 10 p.m. and 6 a.m., the interior of the hotel and on the terraces is closed, the capacity is 75 percent, with a maximum of six people per table.

Castilla y León also remains perimeter closed, the curfew is placed between 10 p.m. and 6 a.m., and the interior of bars in 31 municipalities have been closed.

Castilla-La Mancha is confined to the perimeter, the curfew is between 00:00 and 06:00, the hotel trade closes at 23:00 and in municipalities with level 3 they will have a maximum capacity of 50% indoors and 75% on terraces.

Catalonia will lift the regional confinement from next Monday, although it maintains the perimeter closure of the region. The curfew is between 10 p.m. and 6 a.m., and the hotel business can open from 7.30 a.m. to 5 p.m..

The Basque Country continues to be closed on the perimeter and maintains the confinement of municipalities with an accumulated incidence of more than 400. The tThe curfew is between 10 p.m. and 6 a.m.. With regard to the hotel industry, in towns with an incidence greater than 400, the indoor hours will be from 6.30 a.m. to 9.30 a.m. and from 1.00 p.m. to 4.30 p.m.

Extremadura also maintains the perimeter confinement of the region until the end of the state of alarm and of some municipalities, and the ringing between 23.00 and 06.00 hours.

Galicia is closed perimeter, and there is also perimeter confinement Carballeda de Valdeorras, Cualedro, Grove and Pobra deo Caramiñal. The curfew is between 11pm and 6am bars can open until 9:00 p.m., while restaurants can do it until 11pm.

La Rioja is closed on the perimeter, and the municipalities of Calahorra, Nájera, Alfaro, Pradejón and Cervera del Río Alhama are confined. As for the maximum capacity in the hospitality industry, they are in the 30% indoors, 75% outdoors and consumption in the bar is still prohibited.

The Community of Madrid the region is not confined to the perimeter, but it does have some Basic Health Zones (ZBS) closed. Here, the curfew is placed between 11 p.m. and 6 a.m., the hotel business closes at 11 p.m. and the limit is 4 people indoors and 6 people outdoors.

Murcia itself is closed on the perimeter, as is the municipality of Puerto Lumbreras. The curfew is between 11 pm and 6 am, and in the hospitality industry, the number of people who can be at the same table on the terrace has been extended to six, while keeping four people indoors.

It is confined to the perimeter, as are the municipalities of Arguedas, Cadreita, Lodosa, Etzarri Arantz, Villafranca, Arbizu and Milagro. The curfew between 11pm and 6am. The interior of the hospitality keeps it closed and the terraces can open with a maximum number of four people per table until 9:00 p.m.

The Valencian Community is also closed perimeter, the curfew, between 22.00 and 06.00 hours. In addition, President Ximo Puig announces this afternoon new measures as regards the hospitality industry.

Both Ceuta and Melilla remain perimeter closed and with the curfew between 10 p.m. and 6 a.m.