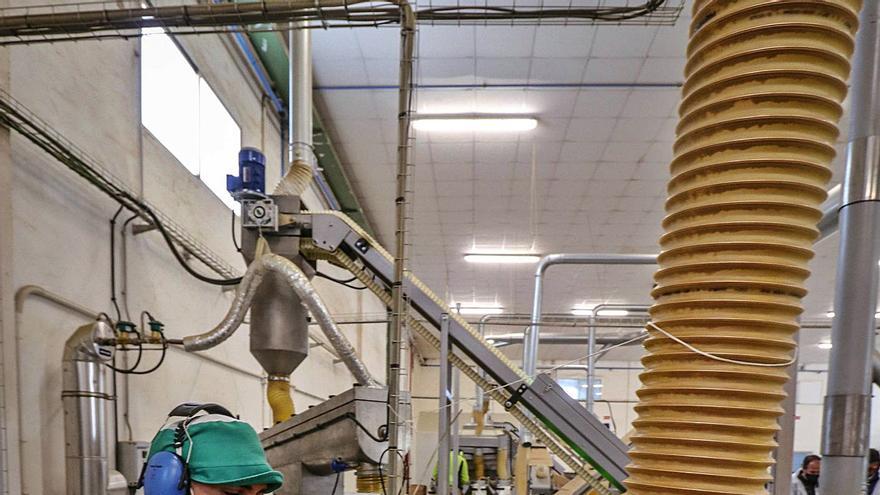 The coronavirus pandemic has had a strong impact on most companies in the form of a drop in sales, to which must be added an issue that was going unnoticed, such as the expenses they are having to assume in prevention protocols for avoid contagion among your workers. This has been shown by the business associations of l’Alcoià-Comtat, Foia de Castalla and Vall d’Albaida, united under the umbrella of the Platform for Territorial Reindustrialization, which demand the attention of the Administration due to the strong extra costs that they are having to bear in terms of preventive measures. The disbursements in this section, as this newspaper has been able to survey, reach up to 150,000 euros.

The Business Federation of l’Alcoià-Comtat (Fedac), the Business Association of the Foia de Castalla (Ibiae) and the Business Confederation of the Vall d’Albaida (Coeval) have clicked on the reality of companies of different sizes to know what which is assuming them to respond responsibly to the current epidemiological situation. According to Héctor Torrente, director of Ibiae, “the Administration is not aware of the amount of cost overruns that are being faced, and it should take these types of issues into account to be consistent with them.”

Through this survey, it has been learned that some companies are going to private clinics to do PCR tests when symptoms appear among their workers, “because they cannot wait for public health clinics, which take longer.”

In the work centers, on the other hand, precautions and safety have been increased through the installation of methacrylate partition screens. All areas are ventilated and even oxygen meters and ozone diffusers have been placed. Also, of course, FFP2 masks and gels, face protection screens, shoe sole mats and thermometers had to be purchased.

Teleworking has also added costs in adapting computer systems and programs, while personnel have had to be hired and trained to prevent industrial lines from being paralyzed as a result of sick leave.

“These costs – underlines Torrente – can be borne for a period of time, but not indefinitely, since not all companies have the same economic muscle.”

Although the claim has come from these three associations, this same vision is shared in many other companies in the rest of the province of Alicante. An example of this is TM Real Estate Group, based in Torrevieja, which has so far invested about 150,000 euros in preventive measures against the coronavirus. The toy company Injusa, from Ibi, to give another example, has invested around 10,000 euros.

From the Valencian Business Confederation (CEV), its president, Salvador Navarro, has also valued the efforts that companies are making when implementing preventive protocols against the coronavirus, although within the organization it has not been raised , at least for the moment, submit a formal request for aid for this concept to the Administration.

The prevention of the coronavirus has been highly complex in some work centers, which have even had to implement new shifts to avoid contagion among workers.

This is the case of the Herbes del Molí company, from Benimarfull. Its manager, Ismael Corberá, points out that “we could not risk a contagion that would force us to quarantine half the staff, so we opted to reduce the groups by implementing more shifts, which logically had added costs.”

TM Grupo Inmobiliario, for its part, has come to assume the cost of daycare for its employees during the state of alarm, when the schools were closed. Company sources also point out that they have assumed the meals of the construction workers due to the closure of the hotel business, and that they have even had to put security guards to control access to buildings that are under construction.

The Injusa toymaker, for its part, has adapted the workspaces by placing screens, at the same time it has invested in protective material for employees and disinfection equipment for the facilities.

Despite all these efforts, and as this newspaper reported yesterday, one in six workers in the province of Alicante has already been on leave as a result of the covid, although the vast majority of infections are attributed to the social ambit.

Implementation of shifts to avoid contagion among workers

Some companies have come to assume childcare costs for employees’ children