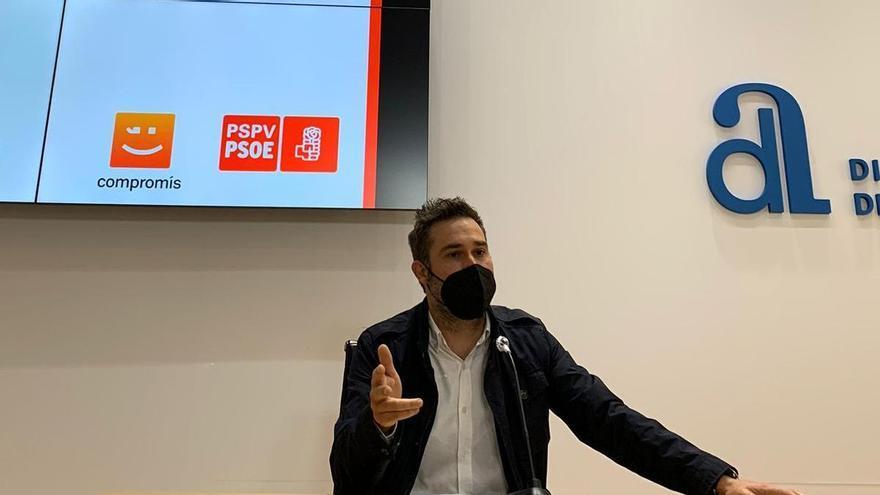 “Again, and as it happened with DANA, it is paradoxical that Mazón criticizes the administrations that make the aid arrive faster while his administration joins in the administrative collapse. While the provincial and regional administrations closed payments months ago, the Diputación de Alicante preferred to can the aid in a communication campaign through different plans disseminated in different processes, which means drowning the city councils and companies in different unnecessary bureaucratic processes “, says Gerard Fullana.

Compromís frames these management delays in a form of operation established since Mazón became the institutional presidency, “turned into the springboard for personal promotion of the president of the Popular Party of the Valencian Community who lives in a constant propaganda campaign about a nonexistent management “.

“We all know what Mr. Mazón did and did not do in the governments of Eduardo Zaplana in the Generalitat Valenciana and in the Alicante Provincial Council with José Joaquín Ripoll. It continues on the same path: the lack of absolute management is also seriously affecting companies ”, said the Valencian spokesman.

“We are seven months late in the payment of the covid aid announced in February, just when we denounced that the DANA aid was two years late to be paid since it was announced. Mazón and Zaplanismo have once again turned the Diputación into the one that pays the least and the one that pays later, all for focusing on the recovery of power. This Zaplanista faction is trying in some way to use the Provincial Council to return to power in the Generalitat Valenciana ”, he highlighted in a statement.

What the deputy Sebastián Cañadas explained exactly in his answer to Compromís, after asking how much aid has been paid so far, is that as of September 7, 2021, a total of 126 requests made by city councils, of which all of them have already been granted. It also specifies that there are eight municipalities (Alcocer de Planes, Almudaina, Balones, Benilloba, Benimassot, Benillup, Benimarfull, Jesús Pobre), which have stated that they will not request the planned aid and the remaining 11 (L´Alfàs del Pi, Javea , Penáguila, Pedreguer, San Fulgencio, La Vall d’Ebo, La Vall de Laguar, Villajoyosa, Gata de Gorgos, Millena and Tibi) have not submitted any application.

“The credit available up to this moment is 8.293.181,36 euros of the 9 million expected, which supposes a level of execution of the 92,15% on the total budgeted “, indicates Cañadas The deputy specifies that” none of the municipalities has exercised the possibility of request advance up to 100% as contemplated in the conditions of the subsidy “.

In the response to Compromís, the head of the Economic Development and Productive Sectors Area adds that “the Most of the city councils are in the phase of solving their calls for competitive participation; procedure that entails a series of actions such as the approval of the bases of the call, publication and opening of application deadlines, instruction of the procedure and concession agreement “.