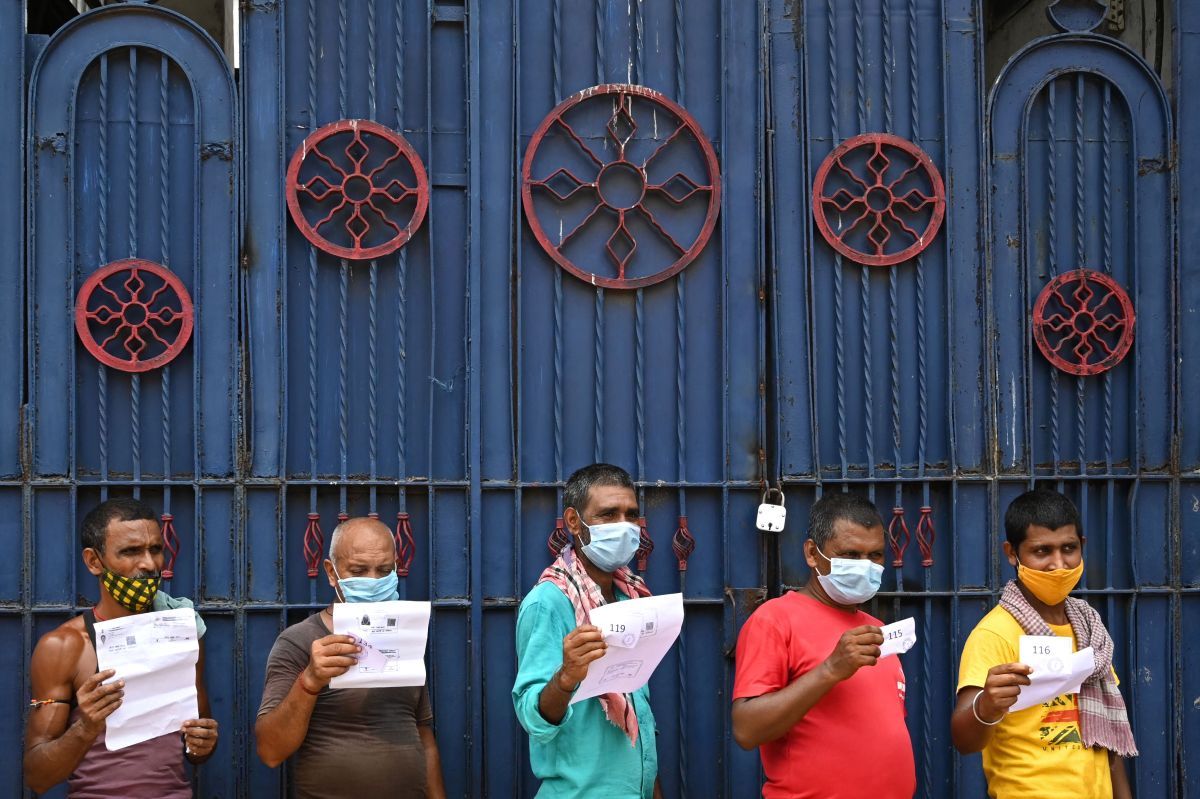 Relatives of Gregorio Avendaño, a 34-year-old young man, reported this Thursday that a doctor from the Mexican Social Security Institute (IMSS) confirmed that, after falling ill with COVID-19, his patient had contracted murcomycosis, an infection that is also known as “black mushroom“, So Gregorio was transferred from the General Hospital of Zona 71 in Chalco, State of Mexico, to the La Raza Hospital in Mexico City.

However, the Mexican Institute of Social Security sent an information card to However where he details that he does not have a diagnosis that confirms the infection.

“There is no diagnosis that indicates that the infection presented by the patient is related to conditions reported in other countries or that it is highly contagious”, clarified the IMSS.

The black fungus or mucormycosis is an aggressive and opportunistic infection in people with severe immunosuppression; it typically affects people with blood cancers during chemotherapy. Fortunately it is rare. 1/2 pic.twitter.com/k47xdniGkb

This afternoon, Millennium reported that the IMSS would have confirmed the first case of murcomycosis, an infection known as “black fungus”, in Gregorio, who tested positive for COVID on May 10 and recovered at home. However, on May 26 he had symptoms again and this time he reported facial paralysis, for which he was admitted to Clinic 71 of the IMSS, in Chalco.

Later, according to his brother Ángel told the newspaper, Gregorio developed a bruise on his left eye that spread across his face. An ENT doctor diagnosed him with mucormycosis or “Black fungus”, and from then on the young man’s health has deteriorated.

For this reason, this Thursday the young man was transferred to the Hospital de La Raza, in the country’s capital.. However, he is reported seriously, said the relative.

The IMSS Representation Office in the Eastern State of Mexico explained that the patient was admitted to the emergency area on May 29 and confirmed that, given the nature of his condition, he was sent to the “La Raza” National Medical Center to receive specialized care.

WHAT IS BLACK FUNGUS?

The so-called “black fungi” are microorganisms that cause a life-threatening infection. The disease produced by these fungi is called mucormycosis and it has been presented as a co-infection in hundreds of patients with SARS-CoV-2 in India and, so far, in three people in Latin America, one in a COVID-19 patient in Chile, another in Uruguay, both confirmed last week.

“It is a rare infection caused by fungi, generally of the ‘mucor’ type that usually occurs in immunosuppressed patients or patients with severe diabetes and is acquired by inhalation”, explained to Efe the doctor of the University of Chile, Mauricio Ruiz.

This non-contagious fungus, added the academic, has been associated with SARS-CoV-2 since it has been developed by some patients with very serious cases of the virus, “usually people who have been admitted to intensive care units or taking corticosteroids for long periods of time”.

“The incidence rate is very low but if contracted, the infection is lethal”, added.

The ‘black fungus’ begins in the nostrils and spreads through the mucous membrane to the bones. We explain. https://t.co/2tH8Ja085r

Within the body, this fungus multiplies and can destroy blood vessels, lung tissue or eyeballs and is fatal in 50 percent of cases, according to various studies.

OTHER PATHOGENS, THE “GREEN FUNGI”

There is only one confirmed case among the almost 1.4 million COVID-19 infections in Chile, however a recent study published by the University of Valparaíso that alerts about the appearance of more patients infected with another similar fungus has generated concern among the medical community.

The institution’s Center for Diagnosis and Investigation of Infectious Diseases alerted about five cases of an infection with “green fungi” (due to its color), specifically Aspergillus fumigatus, all of them in patients with COVID-19.

“Both fungi have similar symptoms, although the black ones are more lethal because they tend to grow faster, necrotize and invade the tissues in a short time”, the director of the investigation, the infectious disease specialist Rodrigo Cruz, alerted Efe.

These fungi are present in the environment, we breathe them daily but our immune system is able to cope with them under normal health conditions, the expert clarified.

“The population does not have to be alarmed because there are very few cases, but they have to understand that having COVID-19 is not free, the risk is there,” added Cruz.

According to several studies, the incidence rate of this type of disease is proportional to air quality, Ruiz added, and it occurs more frequently in places where there is a lot of particulate material, such as places near buildings or places with many pigeon droppings. .

“Environmental management and air quality control in hospitals, as well as the active search for these germs are good ways to prevent the most serious patients from contracting the infectious picture”explained the academic.

Chile is experiencing a rebound in COVID-19 infections and for weeks it has maintained a national occupancy rate of ICU beds above 95 percent -almost 99 percent in the capital-, despite the rapid vaccination process that has led to inoculate more than 53 percent of the target population with two doses.