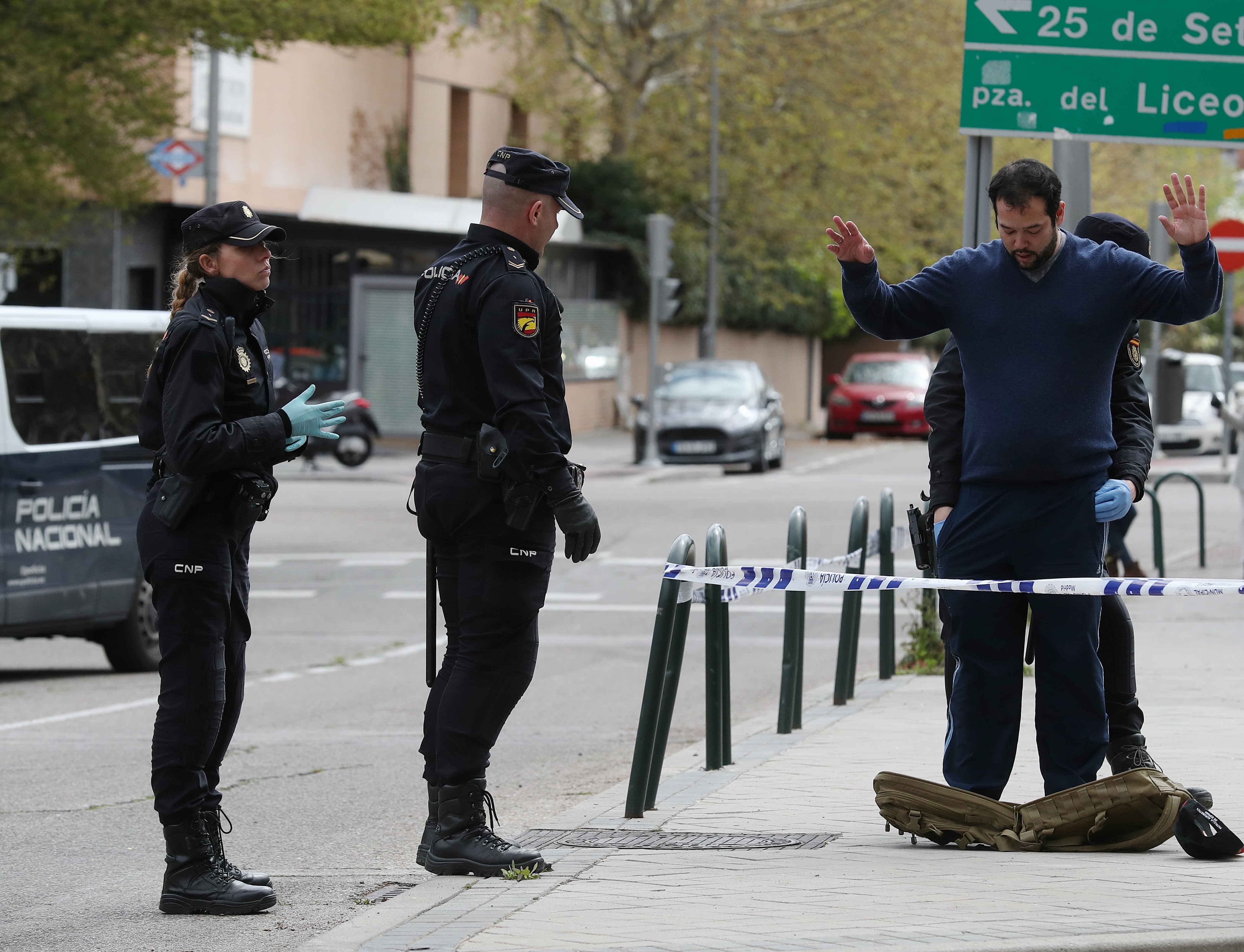 Confinement by covid-19 stopped life in its tracks. And he did something very similar with crime. According to a study published today in the journal Nature Human Behavior, crimes were reduced by 37% on average compared to previous years. The research focuses on six types of infractions (assaults, robberies, burglaries in homes and homes, theft, vehicle theft and homicides) committed in 27 cities in 23 countries with different levels of restrictions. Thus, the researchers have taken into account the situation of cities such as Stockholm or Malmö (both in Sweden), where the authorities were limited to recommending their population to avoid public spaces, and other cities such as Lima (Peru), where only allowed the most essential activities to be carried out and there were significant fines for bypassing restrictions

The overall results suggest that limitations on the movement of people greatly reduce all types of crime, with the exception of homicides. In the case of Barcelona, ​​the only Spanish city that has participated in the study, the Mossos d’Esquadra went from registering 385 thefts on average per day to only 38.

In general, the crimes that fell the most were thefts (47% less) and robberies (46%). Vehicle theft fell 37% and robberies 35%. Thefts in homes, meanwhile, fell by 28%. Researchers attribute these figures to the few options available to criminals due to lack of mobility. As the study explains, “the opportunities to commit a crime against property, such as robberies and thefts, depend on the flow of people to commercial areas or transport nodes that concentrate a large number of targets and a large number of entrances and exits for the assailants ”. As a result of this decrease in travel (in Spain, mobility to the workplace fell by 64%), “fewer houses were left unsupervised and house robberies became more complicated, while commercial premises, less guarded, became in an easier objective ”, picks up the document.

During the confinement, the Mossos d’Esquadra went from registering 385 robberies on average per day in Barcelona to only 38

The crimes on which confinement had the least incidence were homicides, which were reduced by only 14%. According to the researchers, in many societies homicides occur in the domestic sphere, something that is not affected by the mobility limitations of the pandemic. Quite the contrary, since in these cases victims and stalkers were forced to live under the same roof continuously. Despite this, in Spain, 2020 was the year with the lowest number of women killed by sexist violence since there are records, although calls to 016 increased by 18% during the state of alarm. The authors of the study also cite as a reason for this smaller decrease that the activity of organized gangs and drug trafficking remained relatively stable. Even in the hardest stage of the confinement, the Police carried out several important seizures of narcotics.

For Noemí Pereda, professor of Victimology at the Autonomous University of Barcelona and one of the co-authors of the study, the report is key to determining how the COVID-19 containment measures have affected human behavior. “Analyzing what happened during the pandemic, beyond the medical aspects, is very relevant, since there has been no real interest in knowing the effects on human behavior of the virus and the measures taken to combat it. It is a social crisis, not just a health crisis, and it is very important to study the effects on society of this context of natural experiment that COVID-19 has left us, ”he says.

“Analyzing what happened during the pandemic, beyond the medical aspects, is very relevant, since there has been no real interest in knowing the effects on human behavior of the virus and the measures taken to combat it”

This field of study had indeed been analyzed by other scientific works, although focused only on the US According to the researcher herself, the strength of the new report is that “it is unique due to its characteristics and the comparisons that can be made based on the different restrictive measures imposed ”. The authors took into account factors such as the legality of each country when classifying crimes or the temperature of each area, since there are studies that link high temperatures with an increase in crime. What all the cities that have participated do share is that they have an expert criminologist willing to collaborate and a series of reliable and complete data collected by the security forces.

Amy Nivette, lead author of the study, believes the study has great potential: “We can learn a lot from careful data analysis and preventing crime in public spaces.” Even so, the Utrecht University researcher warns of the report’s gaps: “There are indicators that domestic violence and cybercrime have increased in many countries. The data that we have used does not cover these problems ”.

Pereda also focuses on the violence suffered by minors, a problem difficult to quantify, since complaints are very rare. “Those who could detect situations of violence (teachers, doctors, neighbors, …) could not do so and no means were provided to the children to alert them that they were at risk,” he says. In Europe, Spanish children suffered one of the most restrictive confinements on the continent. “The Government should make a critical analysis of its complete abandonment of Spanish children during the pandemic, so as not to repeat mistakes in possible future situations,” warns the teacher.