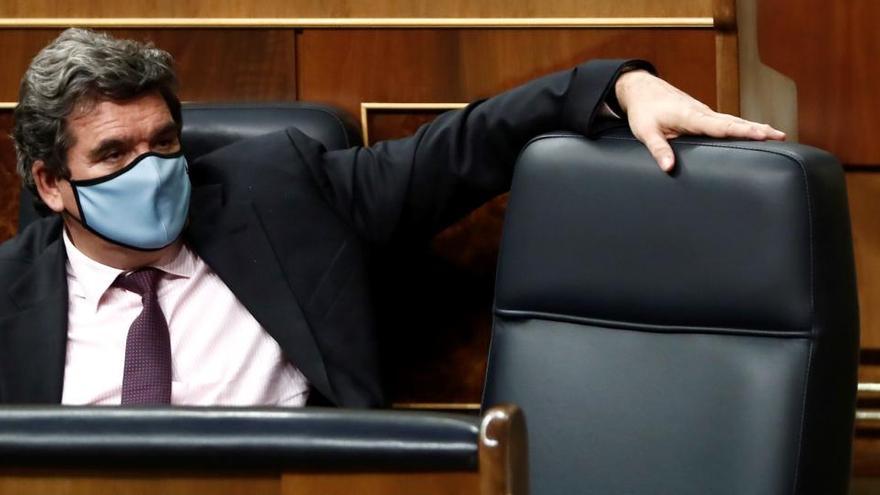 Congress has renewed the recommendations of the Toledo Pact what it revalues ​​the pension with the CPI and gives more prominence to the State to finance improper expenses of the Social Security and thus help to reduce the deficit of the system.

The Plenary of Congress has ratified with 262 votes in favor, 2 against and 78 abstentions the ‘Toledo Pact Evaluation and Reform Report’, which includes 21 new recommendations adapted to a new labor market and which seek both to guarantee the adequacy and sustainability of the pension system and to maintain the purchasing power of pensioners.

The Toledo Pact Commission, which is chaired by the former Minister of Labor Magdalena Valerio And that this year has completed its silver anniversary, has managed to close with broad consensus some proposals debated for almost four years.

In fact has managed to unite the votes of the PSOE and the PP and, despite the opposition from Vox and the CUP, has also had the abstentions from ERC, EH Bildu, BNG or Más PaíYes, critical of the new text but who consider that there is progress.

After more than thirty sessions, since the XII Legislature, in which the members of the Commission have heard the appearance of authorities and experts, a report has been prepared that recommends deepening the separation of sources of financing for Social Security to end the system deficit in 2023, coinciding with the end of the legislature.

The State must finance improper expenses progressively via budgets or with direct transfers that until now paid Social Security, such as bonuses, quota reductions derived from aid to certain productive sectors, unemployment benefits or those linked to family assistance, for dependent children or dependents, or as maternity or paternity.

Most of the spokespersons have highlighted this Thursday the work of rapprochement promoted by Magdalena Valerio, who recalled that “only with political and social consensus can effective measures be taken to face the challenges of social security, which must be an instrument of cohesion that guarantees social peace and political stability. ”

The Toledo Pact has the mandate of review your recommendations every five years and now it will have to be the Government that, with the agreement of employers and unions, legislate and reform the Social Security law.

During the debate, in which a total of 19 individual votes submitted by seven formations to modify some proposals were also rejected, Valerio recalled that these recommendations defend a public, contributory, solidarity and distribution model.

In addition, it has highlighted that it is proposed to be able to choose the best 25 years of contributions for the calculation of the pension, which are sought measures to bring the real age closer to the legal age discouraging early retirement, that widow’s pensions do not discriminate against couples without a prior marriage relationship or that a model is approved for the self-employed to contribute by their real income.

Fight fraud, improve the role of mutuals, promoting employment in the disabled and immigrant groups or improving the contribution careers of women are other recommendations that the Toledo Pact now includes.

It also refers to the European Social Charter as a reference to establish an indicator of what is a sufficient pension and proposes to establish a minimum remainder in the Reserve Fund subject to a rule that hardens its availability.

Vox has decided to vote against because it does not end the Social Security deficit but rather “transfers” it to the State and, in addition, it does not include a proposal to promote the birth rate compared to the one that does include on immigration, said its spokesman Pablo Saez.

The Cup has also rejected this pact although for very different reasons, since it considers that it opens the door to regressive reforms.

However, although ERC, Bildu or BNG have been critical of the recommendations and have asked to return to the legal age of 65 or an audit to see where the surpluses that the Reserve Fund had and were used to finance improper expenses are, they have indicated, first of all, the constructive tone of the same.

And it is that from all the formations an agreement reached from the respect has been valued and while the spokesman of the PSOE, Mercè Perea, and of the PP, Tomás Cabezón, have said that it is a pact “of Country” and “of State”, the PNV deputy Íñigo Barandiarán has indicated the recognition of the dialogue and the deputies of United Podemos Meri Pita and Aina Vidal have affirmed that this pact shows that “whoever governs public pensions is defending themselves.”