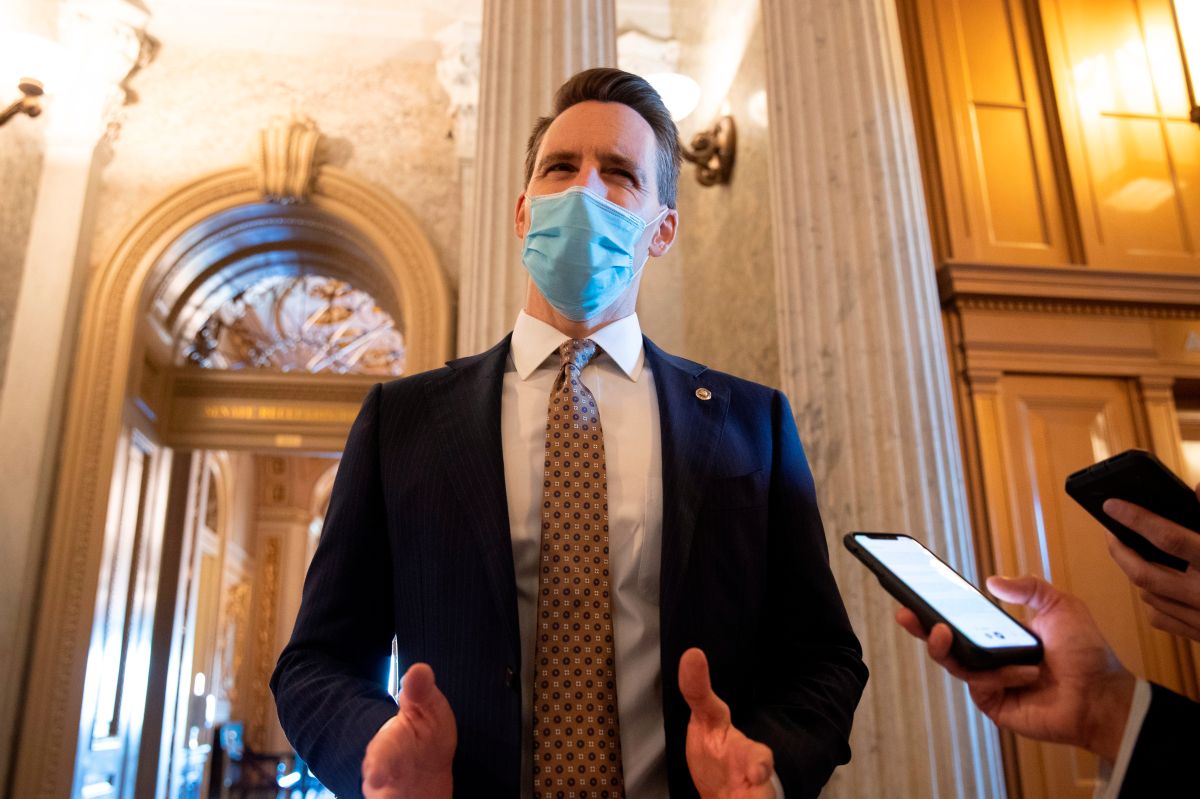 Republican Senator Josh Hawley questioned the little information about the content of the new spending bill in Congress on Friday.

The time limit for members of the United States Congress give way to new legislation that prevents a federal government shutdown; However, legislators have complained this Friday of not knowing the content of the new spending law that is being evaluated, a matter that delays the possibilities of approving financing on time.

At hours so that tonight the deadline to guarantee the opening and operation of public agencies expires, frustration permeates the discussion in the Legislature.

An imminent closure starting at midnight if there is no agreement

If no deal is reached before midnight, a government shutdown is imminent over the weekend.

Although analysts estimate that being temporary, the alteration in the functioning of the Government would not have such serious effects; the truth is that the emergency for COVID-19 in the country implies additional challenges in the event of a closure or “shutdown”.

The legislators who complain about the lack of information on the scope of the spending law and when the statute would be voted on, are the same ones who will have to evaluate the new economic stimulus package that is linked to the measure to keep the Government open .

Republican Senator Josh Hawley He is one of those who protested the alleged lack of precision about the talks.

“Yes, this is reaching the point of absurdity … I am not prepared to pass a continuity resolution until I know what is happening,” said Hawley as quoted by CNN.

Hawley also indicated that yesterday he spoke with the outgoing president Donald Trump and he told him that he was not clear about what was happening with the dialogue in the Capitol.

For his part, one of the leaders of the Democratic majority in the House of Representatives, Steny Hoyer, was confident that the resource to keep the government in operation will go down to the plenary session today for approval.

“We are going to keep the government open,” Hoyer said while ensuring that he is in talks with the leader of the Republican minority in that body, Kevin McCarthy.

Closing would be a mistake … even if it’s temporary

Other lawmakers like Sen. John Cornyn considered that a government shutdown would be a mistake even when it is a temporary shutdown over the weekend.

“I know that there are many people who are saying that we do not need a continuity resolution because we need to keep that sense of urgency active,” declared the politician. “But I think it would be a mistake for us to continue towards a government shutdown even if it is temporary while it probably would not have a practical impact … it would not be something responsible, “he said,

The debate on the issue centers, broadly, on whether congressmen approve an extension of emergency or short-term financing or a final law that ensures government services until next September.