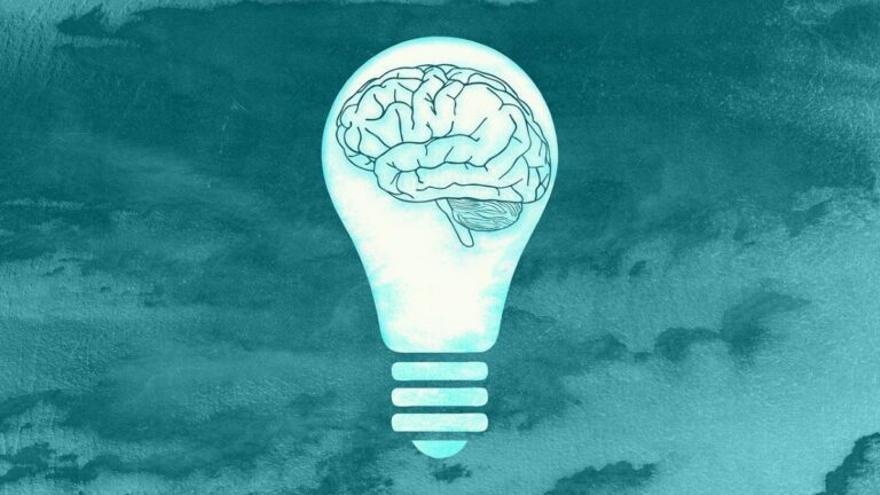 Although not conclusively, it is becoming increasingly clear that quantum effects could be involved in the functioning of living organisms, highlights the journal Physics World in a recent Article. The biophotons present in the brain could even be related to intelligence and consciousness.

Photosynthesis, the process by which green plants and some bacteria convert sunlight into chemical energy, is the first assumption of this implication: it would be based on the superposition of electronic quantum states to simultaneously explore many energy transmission pathways.

In photosynthesis, each cell uses almost all the photons from the captured solar energy. The mystery is how photosynthetic organisms have, for more than 3 billion years, achieved such efficiency in such a variable and disorderly environment. Quantum coherence would be the answer: it involves long-lasting coherent quantum states, says the aforementioned magazine.

All over There are more cases that relate quantum principles to biology, such as the mechanisms of smell, which would be based on the quantum-mechanical vibratory mode of the odor molecule.

It is also believed that quantum effects may have played an important role in the emergence of the first living systems, from the inanimate matter of which they are made.

Another hypothesis in progress: several species of animals are capable of sensing the Earth’s magnetic field and the possibility is being considered that they also use quantum effects to orient themselves in their navigation.

This theory is based on the interaction of the spin (a physical property of quantum particles) of the electron with the Earth’s geomagnetic field. Consider that the natural compass of animals is located in molecules known as cryptochromes (photoreceptors): they are activated by ambient blue light and guide navigation.

The last link in this quantum escalation in the world of living organisms is to find out if quantum processes are also involved in some form of conscience, understood as the ability to recognize reality and perceive oneself in it.

Quantum consciousness? In this field, three significant proposals stand out: first, the formulated by Roger Penrose and Stuart Hameroff in 1996, according to which the brain develops quantum calculations based on what they call orchestrated objective reduction to activate neurons and generate consciousness.

According to both authors, the consciousness of the brain is the product of those processes that develop within neurons: the proteins of their cytoskeleton are those that transfer the quantum information that originates consciousness.

Second, another no less relevant proposal, formulated in 2015 by Matthew Fisher, a physicist at the University of California, Santa Barbara: suggests that quantum processing would be operative in the brain, which is what allows it to function as a quantum computer.

He proposes that phosphorus, which contributes to the normal functioning of cell membranes, can act as a qubit (the basic unit of quantum computing) and enables quantum processing to occur in the brain.

According to Fisher, this theory explains how fragile quantum states can exist for hours or even days in the brain, which is hot and humid, and concludes that these states could play a functional role in cognitive processing.

Third, the proposal made by Chinese scientists led by Zhuo Wang, from the South-Central University for Nationalities: they discovered in 2016 that photons of biological origin, known as biophotons, may be involved in the quantum mechanism of the brain. They have detected a link between intelligence and biophoton frequency in animal brains.

For Betony Adams and Francesco Petruccione, authors of the article published in Physics World, this finding adds a new and fascinating element to the debate about the origin of consciousness: it would be related to light.

They emphasize that light has a variety of physiological effects: for example, shrimp exposed to an excess of antidepressants derived from human contamination, become confused and seek the light, which exposes them more to predators.

Consciousness and photosynthesis Another observation about light: chromophores, which have quantum particles (electrons) capable of absorbing visible light, would be involved in photosynthesis. For example, chlorophyll would be the chromophore that captures solar energy for plant photosynthesis.

Adams and Petruccione point out in this regard that, in the brain, nerve cells contain structures that could support the transfer of coherent energy in a way similar to that of photosynthesis, also using light.

And they conclude by pointing out that light, in addition to its symbolic resonance (for art, religion or literature), may have a physiological role, although it is not yet clear how it is involved in the signaling processes that constitute the central nervous system and its emergent property, consciousness.

Quantum biology All these questions have already enshrined a emerging field of knowledge, known as quantum biology, of which quantum neuroscience is a part. And that it is only in its beginnings.

As we investigate biological systems at nanoscales and larger, we find that there are processes in biological organisms for which a quantum mechanical description is currently thought to be necessary to fully characterize the behavior of the relevant subsystem.write the authors of the interesting article on quantum biology published in 2018 in the Journal of the Royal Society Interface.

Today we may be even closer to certainties than hypotheses: a Harvard University laboratory this year has come as close as ever to the border between biology and the quantum world. Everything indicates that the theories that have been formulated so far are going in the right direction, according to what they report in a release.