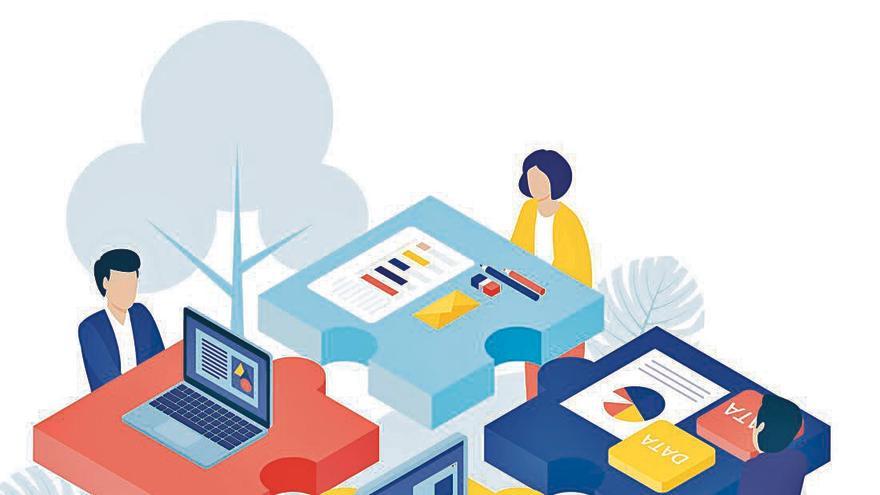 I honestly believe that the class union organizations in Spain, UGT and CC OO, through social dialogue with CEOE, with the State Government and, in the case of the Valencian Community, with the Government of the Consell, we have been consistent with the crisis caused by the pandemic. But before detailing this behavior, I would like to refer to the consequences that we have had to face: the most obvious, illness and death, the restrictions of basic rights derived from the state of alarm such as mobility or confinement, the paralysis of the practically all economic activity -except for what is considered essential- and the consequent fall in GDP, the increase in the deficit and public debt or the increase in unemployment and the closure of companies.

Also a political tension that has blown up those first months of unity and applause at eight in the afternoon. Very soon a false dilemma began to be fabricated: economy versus health. False because, as has just been demonstrated for the fifth time with the so-called fifth wave of covid-19, if infections increase, restrictions on mobility appear, not from the Government of Spain, but from the EU or other countries that put the economic recovery and the exit from the crisis of the most affected and most relevant sectors for the Valencian Community, as is undoubtedly the so-called tourist industry.

Becoming aware that this crisis was going to be intense, but much less harmful than the one suffered during the Great Recession if we managed to prevent it from continuing over time – and the latter depended on the speed with which the vaccines arrived – led us to put ERTEs are launched to freeze employment, sustain income and relieve burdens on companies; also to join the aid via loans and grants, or the establishment of extraordinary benefits for one million self-employed. EREs have been minimal, the vast majority of workers affected by ERTE have reincorporated and employment has grown again strongly.

However, all this does not hide a good number of personal dramas or the growing inequality in our society. We agreed on the Minimum Living Income, although it was far from our demands, because it could provide relief to those workers, Spanish citizens most affected by the crisis, but, as we warned, its excessive bureaucratization has prevented access to this aid to a good number of people who need it.

In our Community, the measures to support workers and companies have exceeded those applied in other territories. From the beginning, the UGT, CC OO and CEV agreed with the Government to complement the unemployment benefits of those affected by ERTE, we established aid for reductions in working hours and we managed to agree on which sectors were the most in need of attention. In total, more than 1,000 million euros to achieve what UGT has always defended: «If society asks one part of the economy to paralyze or slow down its activity for the benefit of everyone’s health, the rest must be in solidarity with that sacrifice.

In short, we have acted in a responsible manner within the framework of social dialogue with employers and the Government, putting the urgency of the crisis and the needs of workers and companies before any other opportunistic consideration, because the legitimate political dispute must respond to proposed models in matters of employment, economy, individual rights, taxes, public services and a long list of issues, but it is unacceptable that the suffering, anguish and fear caused by the pandemic are intended to be used, unfairly with the interests of the country, for their own benefit .

Also within this framework, the pension agreement reached with the CEOE must be assessed. I know that it is far from what we would have wanted, but the consensus forces us to understand the arguments to the contrary and, above all, to ask ourselves about the alternatives presented by the disagreement. It is enough to observe the bitter reaction of the opposition to be convinced that what is being sought is confrontation, the worse the better and not the true interests of a society that needs to speak and understand each other. For this reason, union and employer organizations must persevere in dialogue, because the best way to move forward is to do so through an agreement, which is not always possible, but which should lead us to sit at the discussion tables with the intention of achieving it. .

The Valencian Community has shown during this pandemic that it has been able to build a powerful and productive social dialogue. A dialogue that has borne fruit with the Government, but also between CEV, CC OO and UGT autonomously: the agreement on specific matters signed between employers and unions is an unparalleled milestone that aims to stabilize employment in those companies that work for the different administrations in the Valencian Community by establishing the right to subrogation. It is not a declaration of intent, it is a mandatory rule with erga omnes effect and the nature of a collective agreement. An agreement that we hope to complete with new matters referring to plans for equality or prevention of occupational hazards.

We are committed to the opportunity that European funds can offer us to improve our production model and decisively supporting the proposals that the Valencian Community is formulating to attract as many of them as possible. We defend the need for investment in infrastructure, a new regional financing system that will do us justice for once and a solution to the accumulated debt that is neither due to waste nor greater spending on essential services per inhabitant, but rather to the aforementioned and secular underfinancing.

We are consistent because we strive to preserve and increase employment, to provide it with stability and quality: with better pay and greater security; because we propose that the labor factor, due to its cost or precariousness, is not decisive in attracting investments and, therefore, we demand a Minimum Interprofessional Salary in Europe equivalent to 60% in each country of the Union. The agreement in the OECD for a minimum taxation on corporation tax should be reflected in the world labor market and in their wages. We want a Valencian Community and a richer Spain to make it better: disputing salaries, rights and equality with employers and governments.