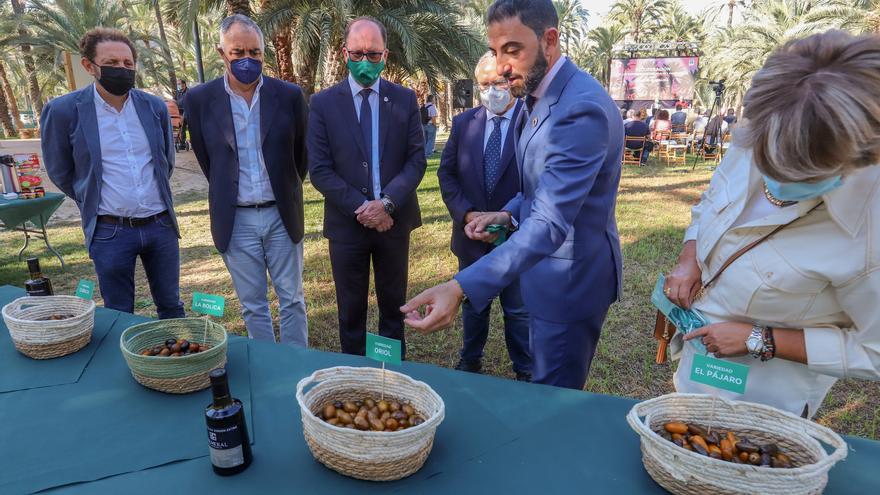 It is one year since the completion of some works that marked a before and after in the history of Orihuela palm grove, the second largest in Europe, declared a Site of Cultural Interest (BIC).

With 675.000 euros, half of them financed with ERDF funds from the Valencian Community (2014-2020), the construction of a Interpretation Center, which has received more than 3,500 visits, from a bike lane, the conditioning of 17,000 square meters of interior roads, the redirection of traditional irrigation, as well as the adaptation of the Escorrata, among other actions.

To celebrate this anniversary, yesterday took place, in the Palmeral itself, a working day in which his recovery, present and future, with experts in all matters that affect this protected environment.

The event was inaugurated by the mayor of Orihuela, Emilio Bascuñana, and the general director of Local Administration, Toni Such, who was pleased to see the good condition of the Palmeral and urged the mayor to do not miss the train of European funds “Next Generation” because they are very important to advance the digitization of the administration and sustainable mobility.

The first Oriolano mayor asked him collaboration to qualify for the aforementioned funds and others, stating that they already have many projects prepared to apply for these grants, some of them related to palm grove consolidation.

Exhibition of the palm tree during the day yesterday. TONY SEVILLA

Then the technical part of the program began with recovery. Eduardo Rodríguez Carmona, Head of the Environment Service of the Orihuela City Council, announced that, apart from the aforementioned ERDF funds, with those of the EDUSI strategy it has been possible to carry out the Palm Grove Master Plan and the contract for him maintenance and conservation of this place, awarded for two years to the company Actúa Servicios y Medio Ambiente by 674.313, 59 euros, with the option of two more extensions, so the global investment in this area would exceed two million euros.

Immediately after, Luis Pablo Martinez, technician of Movable Heritage of the Ministry of Culture, advocated advancing in another type of Recovery: The one of the agricultural lands that characterize the BIC.

In the present block, intervened Jose Javier Sigüenza, a technician for the company Baobab Viveros and co-editor of the “Palm Grove Master Plan”, which is born from the new inventory made of palm trees to know the number and state in which they are found. This master plan includes the management plan and its development, on which he delved Gonzalo Escudero placeholder image, municipal biologist. The execution of said document covers, among other aspects, the integrated management of pest control, crop recovery and palm tree care.

Next, the agricultural engineer of the company Act Services and Environment, Ruth Velazquez, expressed the importance of promote the value of the Palmeral de Orihuela today. A work that Actúa carries out through different main activities for the conservation of existing palm trees with other complementary ones such as olive grove care, the rehabilitation greenhouse, palm tree plantation, date study and the training of its own staff.

Currently, the mercantile Act Services and Environment is in charge of the maintenance, conservation and protection service integral against pests of the Palmeral de Orihuela. Some jobs carried out, mostly, by Oriolano personnel.

The last section was dedicated to the future of the Palm Grove. Here, Sigüenza reported on the progress in the application of the artificial intelligence in controlling these environments. He did it on behalf of the electronic engineer Brahim Zaim |, who could not attend the conference.

Actúa Servicios y Medio Ambiente is in charge of the maintenance, conservation and protection of the Palm Grove TONY SEVILLA

Then he took the floor Jose Angel Perez, professor at the UMH and director of the Cátedra del Palmeral, who defined Orihuela as an oasis city in Europe. Finished this block Jose Antonio Lopez, head of the Territorial Service of Culture, speaking of the importance of the complementation of the BIC.

They closed the day Antonio Bravo, Deputy Director General of Cultural Heritage and Museums, and Damaso Aparicio, Councilor for the Environment of the Orihuela City Council. Bravo indicated that the Ministry of Culture will everything that is necessary to continue protecting this exceptional enclave.

For his part, Aparicio stated that “the Palmeral of Orihuela is a living environment and, of this, the Department that I manage is in charge of it with care, day by day. The BIC has increased in all respects. It has a stay area for the visitor, new plantations, charging points for electric vehicles, as well as a new oil with its own brand and obtained dates of extraordinary quality, but, most importantly, in it there is exercise constantly”. The Councilor for the Environment closed the day by thanking the different administrations “the unit that have shown to value the Palmeral de Orihuela, which is the objective we pursue ”.