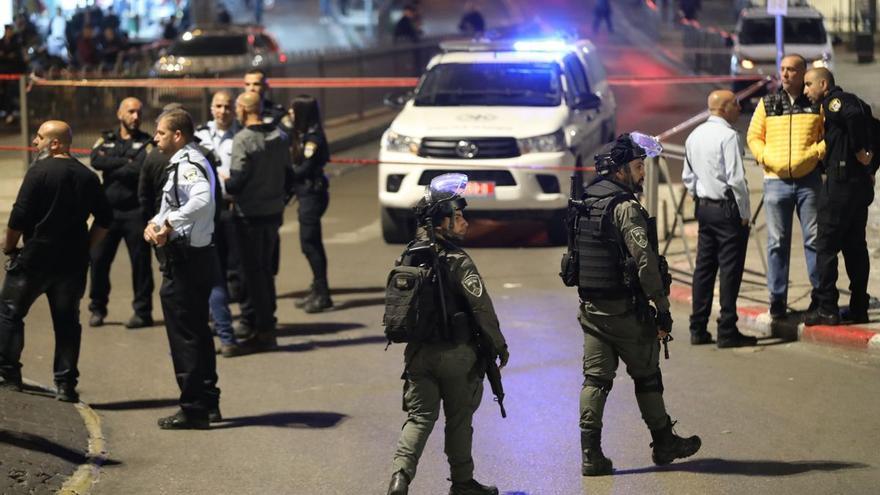 The Israeli police last night questioned the officers who yesterday shot dead in front of the Old City of Jerusalem a Palestinian who stabbed and wounded a Jew, in a controversial incident which the Palestinian leadership called an “execution” due to the fact that the attacker was already reduced to the ground.

The two involved members of the Israel Border Police were subjected to a routine investigation that is usually carried out after any incident. involving the use of live ammunition and leads to fatalities, the local Israeli press reported today.

Earlier today, a Palestinian #terrorist stabbed a Jewish man in #Jerusalem solely on the basis of his Jewish identity, attempted to stab security forces and was then neutralized. We will not allow terrorism to run rampant in the streets of Jerusalem. We will protect our citizens. pic.twitter.com/5h7yn2V2Fx

After being questioned by the Internal Investigations Department of the Police, both were released unconditionally, while officials from the security apparatus and the Israeli Government support the response of the agents against the attacker. who died at the same scene after receiving several shots.

The incident generated controversy due to the viralized images on social networks and local media, where a bloodied ultra-Orthodox Jew and Israeli agents are seen shooting the Palestinian aggressor when I had already fallen and he was immobilized on the ground.

The dead attacker was identified as Mohamad Salima, a 25-year-old former express from the town of Salfit, in the occupied West Bank. His death was condemned by the office of Palestinian President Mahmoud Abbas, who considered it “a war crime” which is “a continuation of the ongoing aggression against the Palestinian people.”

The Foreign Ministry of the Palestinian National Authority (PNA) described the incident as “extrajudicial execution”, and called on the international community and the International Criminal Court to take action and investigate what happened. The Islamist group Hamas, which de facto controls Gaza, assured that the events “reflect the criminal face of the Israeli occupation”.

For its part, most of the Israeli government has closed ranks in favor of the agents. The prime minister, Naftali Benet, defended the police action yesterday, and today assured that the complete video of the events recorded by the police cameras “leaves no room for doubt.” “The policemen acted in an exemplary manner, exactly as required“and” neutralized “the aggressor” as necessary, “he said in remarks prior to the Cabinet meeting.

This November, two more attacks were recorded in the Old City of Jerusalem, the epicenter of the Israeli-Palestinian conflict and located in the busy eastern part of the Holy City. About two weeks ago, a Palestinian – a member of Hamas – killed an Israeli civilian with a machine gun and wounded four others, after which he was killed by the police. Four days earlier, on November 17, another 16-year-old Palestinian wounded two Israeli policemen with a knife and was shot dead by the officers.