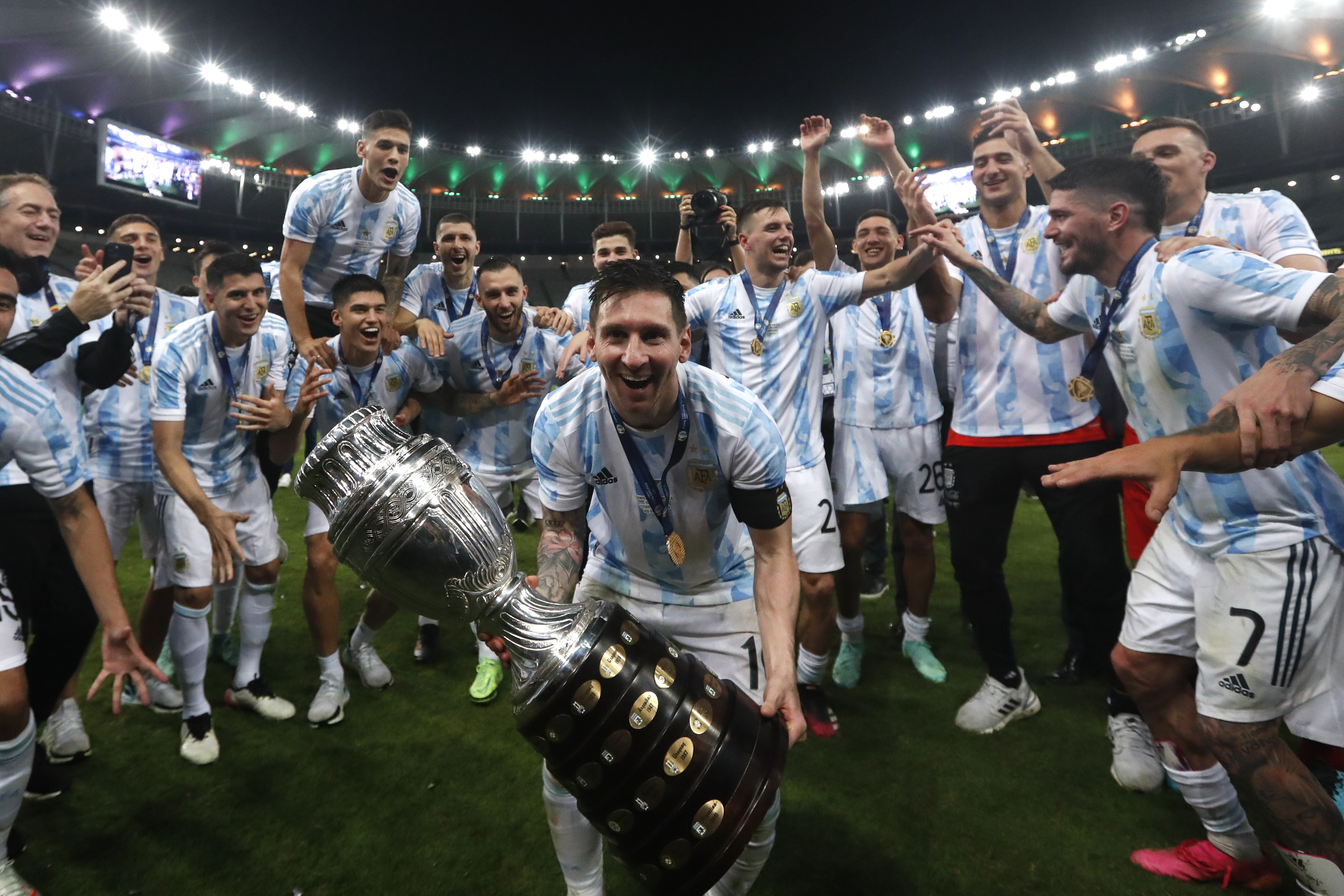 Messi turned Maracana into the Camp Nou. His football was excellent in the Copa América, discreet in the final against Brazil, but on the 10th he finally won an important title with Argentina after defeating Albiceleste 1-0 against Canarinha with a goal from Di María. The Rosario forged his world fame through goals (672) and assists (305), also based on titles with Barcelona (34). Although he was a finisher (76) and a passer (53), with Argentina he was chased by the shadow of defeat, defeated in four finals (2007, 2015 and 2016 in America and 2014 in the World Cup). Frustration is over, as decisive for albiceleste as for Barça, Messi chased away all his ghosts and increased his legend, no less than against the historic Brazil and the mythical Maracana. Di María served as Ghiggia and Messi, at 34, already has his title with Argentina. A Maracanazo although with only 8,000 spectators in the stands.

In football, skill and character rule. Also, tenacity. No one will ever be able to dispute the skill and character of the 10, not even his perseverance with Argentina. Rosario was not alone. Scaloni built a solid team in defense, represented by the surprising Draw Martínez in goal, the balance of De Paul and Lo Celso in midfield and, of course, the presence of Messi in attack, chosen as the best player in the Cup, top scorer. (four) and assistant (five). Argentina honored its history. At times, he showed football, always had character and climbed to the top of the podium after 28 years without titles. The last title was in the 1993 Copa América. In the middle Argentina had lost two finals against Chile (2015 and 2016) and another two against their great rival Brazil (2004 and 2007).

The classic of the classics of America came to a boil with the appearance of Maradona. Argentina had its particular duel in the Río de la Plata after losing the first World Cup (1930) and the first Copa América (1916) against Uruguay. And Brazil, for its part, also focused its rivalry on La Celeste, historical executioner of the Canarinha in 1950, when Ghiggia built the legend of the Maracanazo. Brazil never won a World Cup in their land, however, they had always been crowned champion of America when they had served as host. Until Messi’s Argentina and Di María’s goal appeared.

The route of Brazil, which was guessed devastating before the opening shot of the Copa América, unbeaten in official matches since the World Cup in Russia when they lost to Belgium in the quarterfinals, sowed doubts in their land. He thrashed and suffered, he never liked it. La Albiceleste, on the other hand, has gone from darkness to light, has changed defensive fragility for solidity, has been led by Messi, as always in the game but as never in the dressing room.

Argentina did not feel weak against Brazil and, from the outset, asked for the ball in Rio. He tried, at least, from the lineup. Scaloni understood that Brazil was not going to choke the Albiceleste and surrounded Messi with a midfield gamer with Paredes, Lo Celso, De Paul and Di María. The two PSG players appeared for Guido Rodríguez and Nico González, two changes from the semi-final match against Colombia; to which he added three more in the rear: Romero, Montiel and Acuña for Molina, Pezzella and Tagliafico. Agitation on the board of the Argentine coach. Just the opposite did Tite. The preparer of the Canarinha he bet the same eleven as against Peru. And Brazil fell back into their own trap, slow in the movement of the ball, with no more spark than Neymar’s dribbling.

Tite’s Brasil was being discussed about its packaging. He won, yes, but it did not invite you to dream of something great, much less to remember your plethora of past. It is a pragmatic and serious team, which only rebels against monotony when the ball lands in Neymar’s boots. At 10, however, it was difficult to find the ball against Argentina. Although the plan to control the game through possession did not work for him, the Albiceleste managed to isolate Neymar. The protagonist, in any case, was the tension: in the first quarter of an hour a foul per minute was counted.

A rough game, with more nerve to play, could only be broken by a mistake. De Paul’s deep cross pass found Di Maria alone against Ederson after Lodi’s mistake. The Fideo did not flinch. Calmly, in a Maracana with about 8,000 spectators, he stroked the ball over the Manchester City goalkeeper. The goal released Argentina. So yes, Scaloni’s team was encouraged to rest with the ball. Tite had no choice but to risk. He broke his double pivot with Fred and Casemiro and bet on four forwards, with Paquetá as a spare wheel for the Madrid player.

Brazil got into the field of Argentina. Something did not change: the Canarinha He was still depending on Neymar’s inspiration. The 10th, as always, did not hide. He asked for the leather and led his teammates towards the goal of Dibu Martinez. The Albiceleste goalkeeper resisted, while Neymar grew impatient, increasingly irritated with the referee, fighting with his rivals. Of Messi, meanwhile, almost nothing. Only the tranquility of his teammates when he wanted to sleep the game. He had, yes, the opportunity to score 2-0. He wasted it. I do not regret it. Luck, at last, had taken his side with the Albiceleste. As if the Rosario had an extra help, the one that had been lacking in the four lost finals. You know what the gods are like: they don’t help on earth. Maradona died and Messi was able to lift a big title with Argentina.