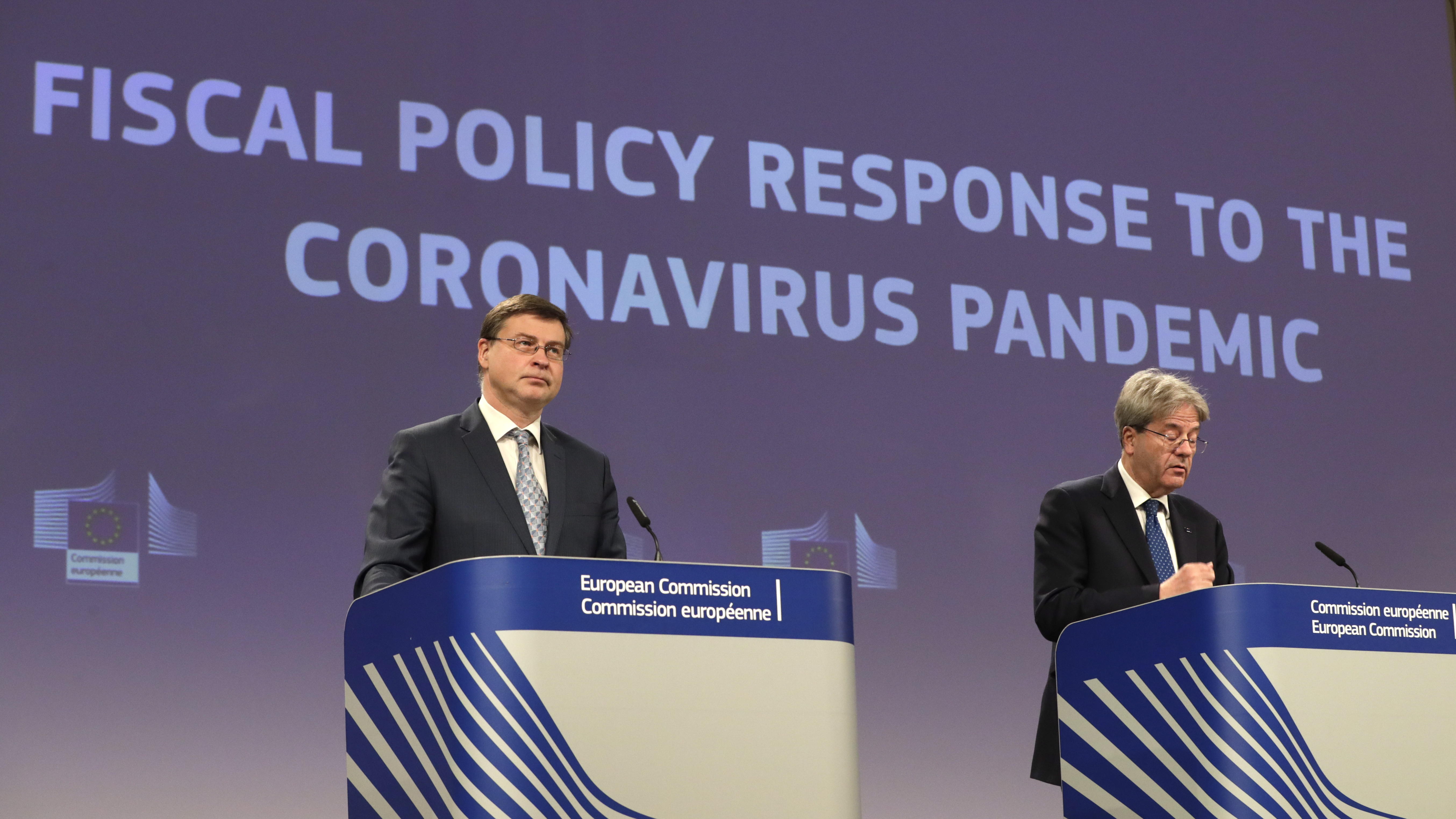 Brussels sent a clear message to the capitals on Wednesday: it is not yet time to pick up cable. The European Commission called on countries to maintain an expansionary fiscal policy in 2022 due to the uncertainties still hovering over the economic recovery. And for this, it exempted them for another year from having to comply with the sacrosanct rules of the Stability and Growth Pact. However, the Community Executive did urge the most indebted countries -among which is Spain- to adopt a prudent position and finance the reconstruction process with European aid. Italy and Portugal are even asked to limit current spending.

The social and economic climate has changed in just two months in the EU. Vaccination campaigns continue to advance at a good pace and the map on the epidemiological situation is becoming clearer as infections decrease. “Millions of Europeans are vaccinated every day. 45% of adults have received at least one dose, which is not far from the levels reached in the United States ”, said the Commissioner for the Economy, Paolo Gentiloni.

That translates to the economy, which Brussels believes may do better than expected if, as it seems, Europeans decide to spend more after a year of savings. However, the so-called Spring pack presented by the European Commission includes no minor risks: the emergence of new variants of covid-19, a cascade of insolvencies or an untimely withdrawal of economic stimuli.

The fiscal recommendation that Brussels will propose to the countries is clear: “Economic policy must continue to be expansive during 2021 and 2022”. To do this, Brussels confirmed that fiscal rules will continue to be suspended next year. “Based on the Spring forecasts, the general escape clause will remain activated in 2022 but no longer in 2023 ″, said the Vice-President of the Commission, Valdis Dombrovskis. In other words, no country should be within the thresholds of 3% deficit and 60% debt or even adopt measures to get closer to them. In fact, 23 of the 27 EU countries last year exceeded the deficit criterion and 13 the debt criterion. “Fiscal policy must remain agile and adjust to the evolution of the situation and a premature withdrawal of fiscal support must be avoided,” he adds. Since the fiscal rules are suspended, no country comes under the tutelage of Brussels. Except for Romania, which was already there before the crisis arising from the pandemic broke out.

The European Commission believes that the rules should remain suspended until pre-pandemic GDP levels recover. According to the latest Commission forecasts, Spain and Italy will be the last countries to achieve this, by the end of 2022. But in any case, reports from Brussels show that the EU still will not be able to regain the growth path that it followed at the end 2019. For now, the Commission maintains that for the period “beyond 2022” fiscal policies should still take into account considerations about the strength of the economic recovery, the degree of uncertainty and fiscal sustainability.

Brussels’ request for next year seems to be in line with what the countries will do. According to the aggregate data, the Twenty-seven increased spending by 6.6% in 2020 compared to 2019, they will increase it again by 7.5% in 2021 and will continue to do so by 3.9% in 2022. However, the Commission introduces nuances. First, it differentiates between two large blocks, the highly indebted ones and those with more healthy finances. He does not tell the former to cut spending immediately, but rather to act prudently and take advantage of the resources provided by the European recovery fund to finance large investments. It even asks Italy and Portugal directly to limit current spending.

This is not the case in Spain, which does call for a “prudent fiscal policy” and to use the European reconstruction fund for additional investments while preserving national projects that are already underway. “When economic conditions allow it, follow a fiscal policy aimed at achieving a prudent fiscal position and ensuring fiscal sustainability in the medium term. At the same time, improve investment to boost growth potential ”, end the final recommendations.

The Commission also wants countries to have more focused fiscal policies in 2022. That is, to move from massive support to those more concentrated on companies at risk and the most vulnerable citizens in this pandemic, which the Commission has identified: “ Young people, women, workers with low qualifications, migrants, people with disabilities, temporary workers and the self-employed ”. “In 2022, fiscal policies must be more differentiated, taking into account the state of recovery, fiscal sustainability and the need to reduce economic, social and territorial divergences,” said Gentiloni.