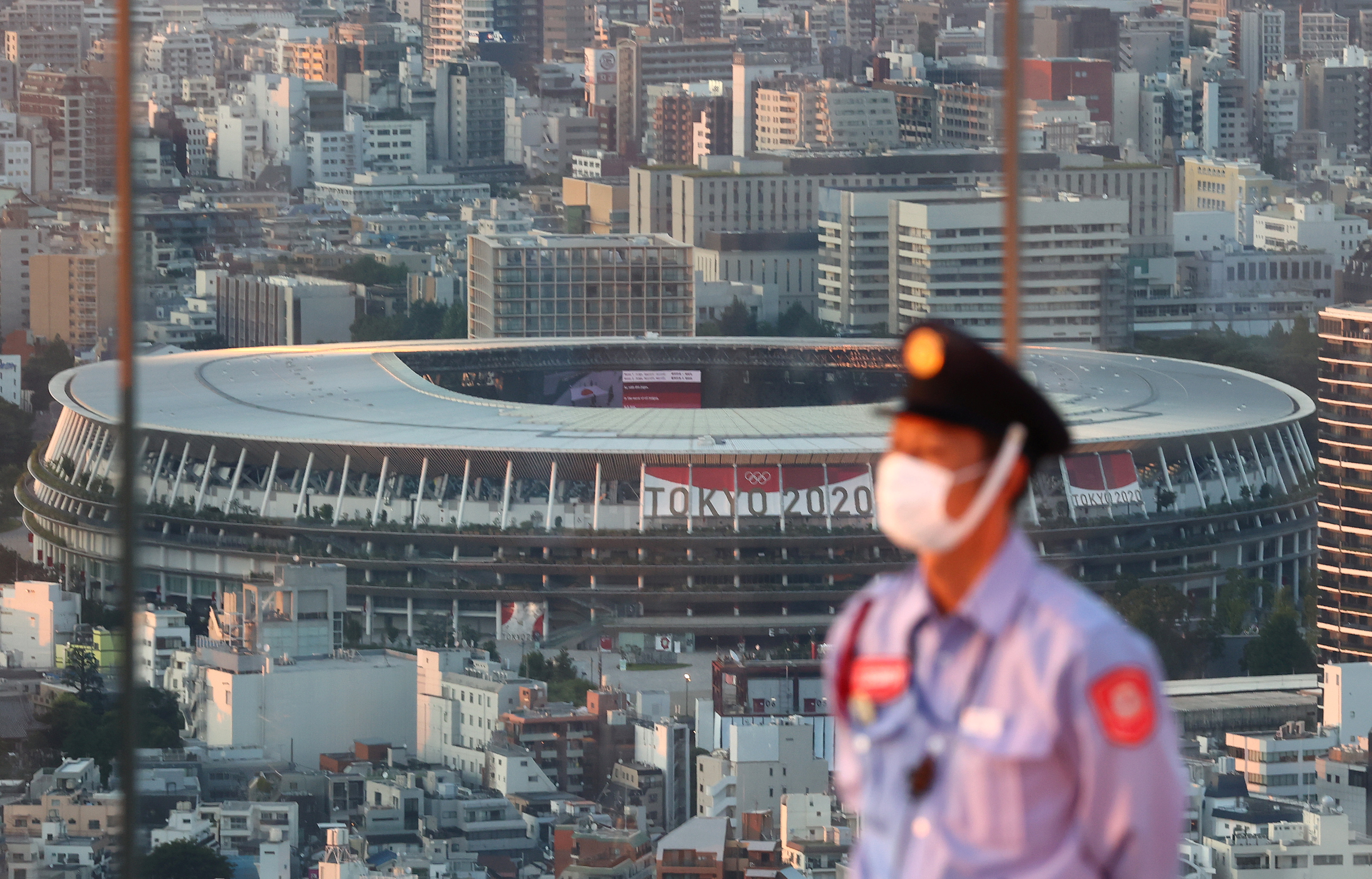 At the gates of the Olympic flame being lit this Friday in the cauldron of an almost empty Tokyo National Stadium, the situation around the Games is anything but rosy. Popular opposition to its celebration persists. There are already at least four athletes who have tested positive inside the Olympic Village, despite all the precautions taken and the security measures imposed. And Toyota, one of the big sponsors, has announced that it is withdrawing its announcements related to the competition, given the negligible support of the public.

The Japanese capital, plunged into the fourth state of emergency imposed by its authorities since the beginning of the pandemic, is dealing with a new outbreak of covid-19 that has increased skepticism among those who question the relevance of holding the Olympic and Paralympic Games amid the global health crisis (aggravated since last month by the delta variant, the most contagious). The daily number of infected in the Tokyo city has exceeded one thousand for five consecutive days and on Saturday 1,410 new infections were registered, a record in this fourth wave of infections.

Despite the fact that both the Japanese Prime Minister, Yoshihide Suga, and the President of the International Olympic Committee (IOC), Thomas Bach, have reiterated that the Tokyo edition will be a “safe and guaranteed” edition, 68% of the participants in a survey conducted over the weekend by the Japanese newspaper Asahi Shimbun has doubts about the ability of the organizers to control the new coronavirus. 55% of the 1,444 respondents by telephone oppose its celebration, while 76% believe that the decision to prohibit the presence of the public is the correct one.

The XXXII edition of the largest multisport event in the world will be tarnished by the absence of several stars who have declined their participation and by the void in the stands. The only public with access to the competition venues will be the VIP members of the Olympic family and the delegations. In sports facilities, instead of the noise of applause and shouts of encouragement to the athletes, a strange deathly silence will prevail.

The news from the Harumi Futo Olympic Village, located on an artificial island in the capital’s bay (two other satellite villages have been enabled, on the outskirts, for cycling and sailing), do not invite optimism either. There are already four athletes staying in it who have tested positive: the two footballers from South Africa and a beach volleyball player from the Czech Republic – Onrej Perusic, asymptomatic – already confirmed and isolated, an American gymnast has joined, part of the competitors alternates. The teenager had a close contact, also part of the substitute team, and both have been in isolation, according to his delegation.

The first contagion within the Olympic bubble, reported on Saturday, was the video analyst of the South African men’s soccer team: 21 people have been in direct contact with those infected, all of them part of this team and currently subjected to strict isolation. The eleven from South Africa will face Japan on Thursday at the start of the Olympic football tournament.

Added to this problem are the cases of athletes forced to isolate themselves for having had contact with infected people on their way to Japan or after landing (the last, six British athletes), and of delegations that have delayed their trip because a member gave positive before leaving. Since July 2, the organizers have reported 58 positives among athletes, journalists and personnel directly linked to the Games, which has set off alarms at the possibility of a catastrophic outbreak in the Villa, which will host some 11,000 athletes.

The possibility of an outbreak terrifies organizers. Athletes who tested positive, and their close contacts, would have to isolate themselves and be unable to participate in competitions.

To the pessimism that reigns among many, there is also the withdrawal of important sponsors. The Japanese car manufacturer Toyota, initially committed to sponsoring the four-year event, announced this Monday that it will not broadcast television commercials advertising the Games because these “have become an event that does not have the approval of the public.” . The Toyota Motor Corporation has also announced that neither its executive director, Akio Toyoda, nor other senior officials will attend the opening ceremony this Friday to disengage from the contest.

Around 60 Japanese companies, which have disbursed some 3,000 million dollars in sponsorship rights, are faced with the dilemma of breaking their link with the Games or having their brand continue to associate with them, despite not having managed to earn the award. favor of Japanese society, according to Reuters.

On the political level, the Games have once again served as the stage for friction between Japan and its neighbor South Korea. This weekend, the Japanese newspaper Yomiuri He realized that South Korean President Moon Jae-in would travel to Japan for a summit with the prime minister. This Monday, Seoul indicated that “last minute obstacles” forced Moon to remain in his country. The decision comes after South Korea protested comments by a Japanese diplomat ridiculing Moon’s attempts to improve bilateral relations, particularly strained in recent years over land, trade and military cooperation disagreements.

The weekend broke out another controversy involving these two nations. After Japanese far-right groups protested the presence in the Olympic Village of some flags placed by the South Korean delegation, the IOC, calling them “provocative”, forced them to be removed. It was a set of ensigns that formed the sentence “I have the support of 50 million Koreans”, a quote that refers to the words of a Korean hero during the Japanese invasions between 1592 and 1598.

Consequently, the IOC has also prohibited the Japanese delegation from displaying the flag of the “rising sun” (representing a red sun from which 16 rays emanate) in stadiums and other sports facilities as it is offensive in some countries of the world. Asia as it is an imperial symbol. The South Korean Olympic Committee formally asked the organizing committee of the Games in 2019 to ban it during the event, even comparing it with the Nazi swastika. Then, their claims were rejected and now it has been the IOC that has spoken out against the waving of said banner “so that political problems do not arise,” as reported in a statement.