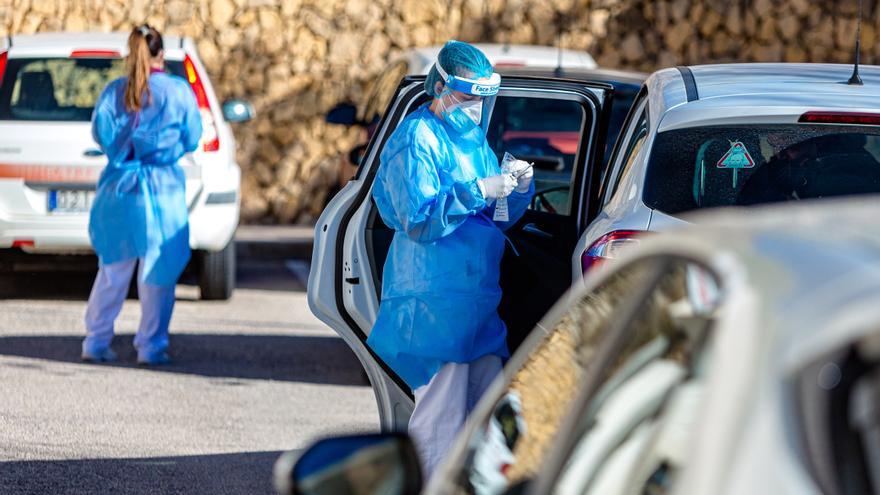 A new number, a new record of positives for coronavirus in the province. Alicante has registered in just one day 1,354 coronavirus cases confirmed by PCR or antigen testing since the last update, which was only 24 hours ago. Thus, the number of deaths continues to increase with 22 new deaths reported by Health in the same period of time.

The Ministry of Health has made public this Friday a new data update in the Valencian Community and by provinces that shows how the curve of infections by covid-19 continues to increase every day. Since the pandemic began, the reported figure for the province of Alicante is the highest with 1,354 positive cases in a single day since the last update. In total since March, the province has already added 53,983 cases.

The Valencian Community also breaks a new record of infections with 4,557 new cases of coronavirus confirmed by PCR test or through antigen test since the last update on January 7, which put the total number of positives at 163,710 people. By provinces, 453 are from Castellón (17,678 in total) and 2,747 in the province of Valencia (92,037 in total).

On the other hand, Health has communicated this Friday 70 deaths from coronavirus since the last update 24 hours before in the Community, so the total number of deaths since the start of the pandemic is 3,244 people: 418 in the province of Castellón, 1,112 in Alicante (which means 22 deaths on the last day) and 1,714 in Valencia.

Valencian hospitals currently have 2,332 people admitted: 182 in the province of Castellón, with 25 patients in the ICU; 758 in the province of Alicante, 117 of them in the ICU; and 1,392 in the province of Valencia, 190 of them in ICU. In addition, since the last update 1,112 discharges to patients with coronavirus have been registered. In this way, there are already 150,710 people in the Valencian Community who have overcome the disease since the pandemic began. By province, the registrations are distributed as follows: 16,636 in Castellón, 49,890 in Alicante and 84,122 in Valencia.

According to the data recorded, there are currently 21,363 active cases, which represents 12.19% of the total positives. The total number of tests carried out for the detection of the coronavirus amounts to 2,182,846, of which 2,010,507 have been through PCR and 172,339 through rapid test.

The Ministry of Health has registered 35 sprouts since the last update only one day ago, 1 in Castellón, 15 in Alicante and 19 in Valencia.