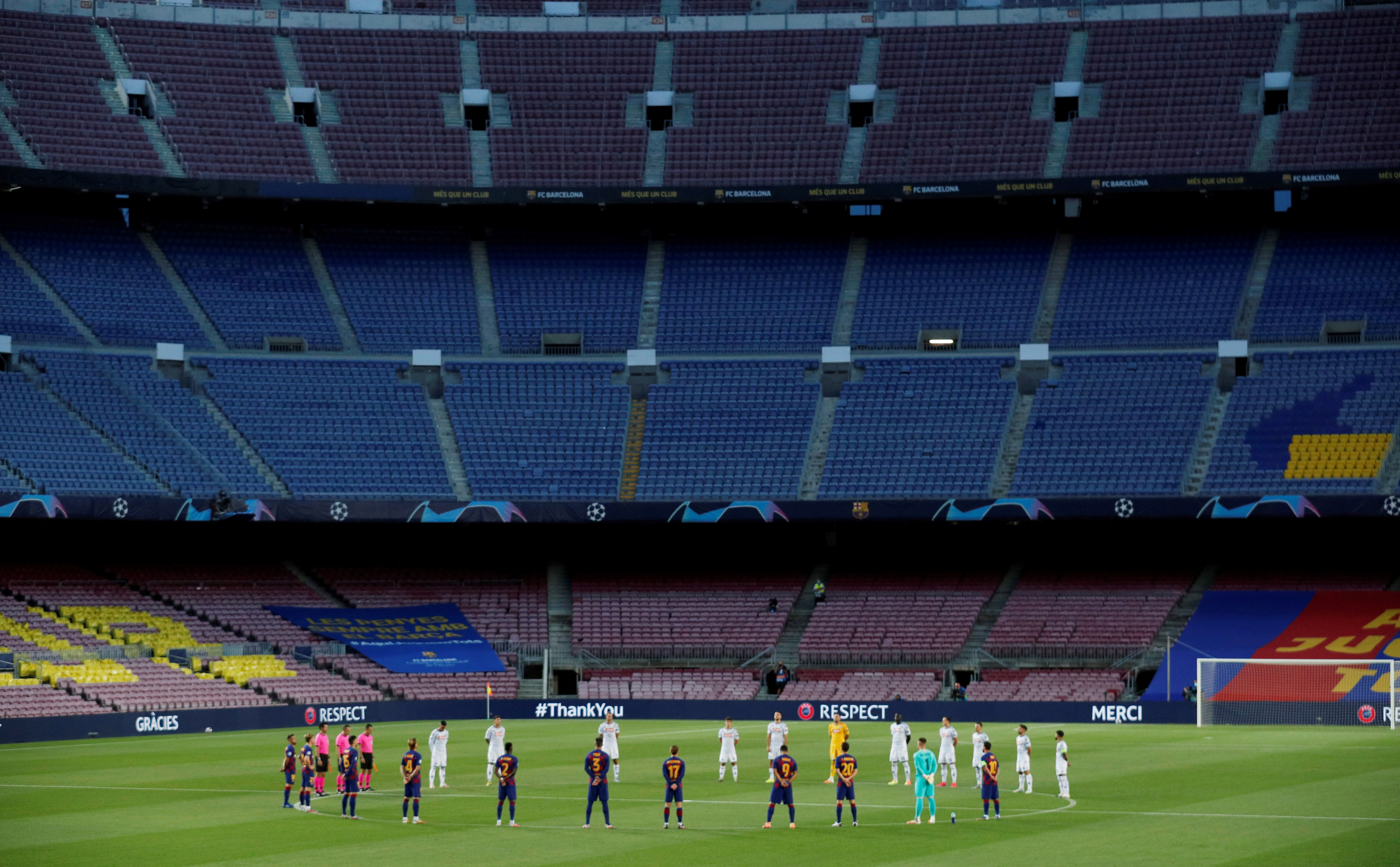 The thing about player number 12 seems to be a myth. Taking advantage of the absence of public in stadiums due to the pandemic, a study with football matches from the main European leagues shows that home teams continue to win almost twice as many games as visitors, even if there are no spectators. However, the referee, who tended to be at home, whistling more fouls and taking out more cards from outsiders before the covid, now punishes the locals more. Everything has been equalized, except for the field advantage.

The court factor advantage is a practically universal law in team sports. It has been researched and proven in football, basketball, in ice hockey, in American football or in the baseball. In football, with data from 1888 and more than a million games, the ratio per 100 is close to 50 victories for the locals, 25 for the visitors and as many draws. These data, provided by the professor of the Faculty of Physical Activity and Sports Sciences of the Polytechnic University / UNEF Miguel Ángel Gómez Ruano, have been given many explanations: that if the fatigue of the visitors due to the trip, what if the familiarity with the field, that if the fact of playing at home inflames the locals … But there is one that has always been there, the pressure of the public on the visiting players and the referee.

With data from 1888 and more than a million games, the ratio for every 100 games is close to 50 wins for the locals, 25 for the visitors and as many draws

The absence of spectators for much of last season has now made it possible to really measure how much truth there is in expressions such as stage fright, take the team on the fly or that of player number 12. A group of German researchers has analyzed more than 35,000 games from six European leagues (including the first and second Spanish) played since 2010. They have measured almost everything: whether the home team won or the away team, the shots on goal, goals scored, fouls or cards. And then they compared it with what happened in 1,006 games in the same leagues that had to be played without an audience last season because of the pandemic.

The results, published in the scientific journal PLoS ONE they are really eye-catching. It is summarized by Fabian Wunderlich, a researcher at the German Higher School of Sports and co-author of the study: “The study shows that spectators are not the main cause of the advantage of playing at home, since it is maintained, reducing in a non-significant way , in the absence of spectators ”. In the sample as a whole (with matches from England, Italy, Portugal, Turkey, Germany and Spain), home teams won 43% of their matches compared to 45% in the previous decade. Outsiders were victorious 32% of the time last season without an audience, while they did so 28% with full stadiums. The rest were draws, 27% with empty stadiums versus 25% with full fields. In Spanish LaLiga, the variation in the percentages is somewhat higher, as the field factor is reduced by 7% (from 48% to 41%).

These data contrast with those of the rest of the parameters they measured. In shots on goal and goals, which before the covid favored local teams, they tended to equalize in the pandemic matches. Both figures were maintained or grew somewhat in the visitors, but the numbers of the locals fell. However, the home advantage, although narrower, was maintained.

In the Spanish league, the home court advantage has been reduced by just 7% in the more than 100 games played without an audience last season

More marked is the change in arbitration decisions. To the visiting players, the referee signals the same fouls with or without public, but the whistles to the locals increased. In fact, the home team was sanctioned on average with one more pitch than the away team in the absence of the public. The same happens with yellow cards. In the previous decade, the referee showed an average of 1.89 cards of that color to those who defended the field (compared to 2.2 for outsiders). In the third of the 2019/20 season that was played behind closed doors, the former were punished with 2.21 yellows, compared to the 2.06 on average received by the latter.

So the presence or not of the public seems to determine the performance of the referees more than that of the players. This arbitration bias had already been observed by the Italian economist Vincenzo Scoppa last January, when he published a similar study (with an almost identical sample). But in this case, Scoppa had detected a significant reduction in the court factor. In an email, and having already added the results of the 2020/21 season so far, he argues that the advantage of the home teams, although it remains, has been reduced by almost half: if the previous decade, the average points extra they obtained was 0.507 per game, so far in the pandemic, the difference between the points won by the locals and those taken by the visitors has been reduced to 0.255 on average.

Professor Miguel Ángel Gómez Ruano, who has not intervened in any of these studies, recalls that differences in public impact may be due to different ways of measuring it. “The relevant thing is not counting the number of victories at home with or without an audience. The key is in the percentage of points earned at home in relation to the total points earned, both away and at home. This is how the court factor is determined ”, explains Ruano, co-author with Carlos Lago Peñas of a book on the subject: Player number 12. For him, although the advantage of playing at home has been weakening for a few years, “it still exists.” But, he concludes, “it would take one or two more seasons without an audience” to determine the real relevance of viewers to that advantage.

“Among the remaining factors that could explain the field advantage would be familiarity with sports facilities or an extra hormonal reaction to defend one’s own territory, which they have called territoriality”

Fabian Wunderlich, researcher at the German College of Sports

If they are not the spectators, the question immediately arises: What explains why the home team win more games than the visitors? For Wunderlich, the author of the German study, “among the remaining factors that could explain the advantage of the field would be the familiarity with the sports facilities or an extra hormonal reaction to defend the own territory, what they have called territoriality.” The fatigue of the visitors caused by the trip, pointed out in previous works, discards it. In parallel to the main sample, they studied the field factor in amateur soccer matches, where distances are minimal and the advantage of playing at home was maintained.

For Ruano, “it can be assumed that the more balanced the league, the more the advantage of playing at home is maintained.” And he reasons it: “For example, in the Bundesliga there are only 2 teams that are far superior to the rest, while the others are not great teams, a situation that leads to lower advantage values ​​of playing at home as it is more affordable to win in other stadiums. On the contrary, if there are more higher-level teams like in the Spanish league, it is more difficult to win abroad, since there are more teams that can better defend their matches playing at home ”.