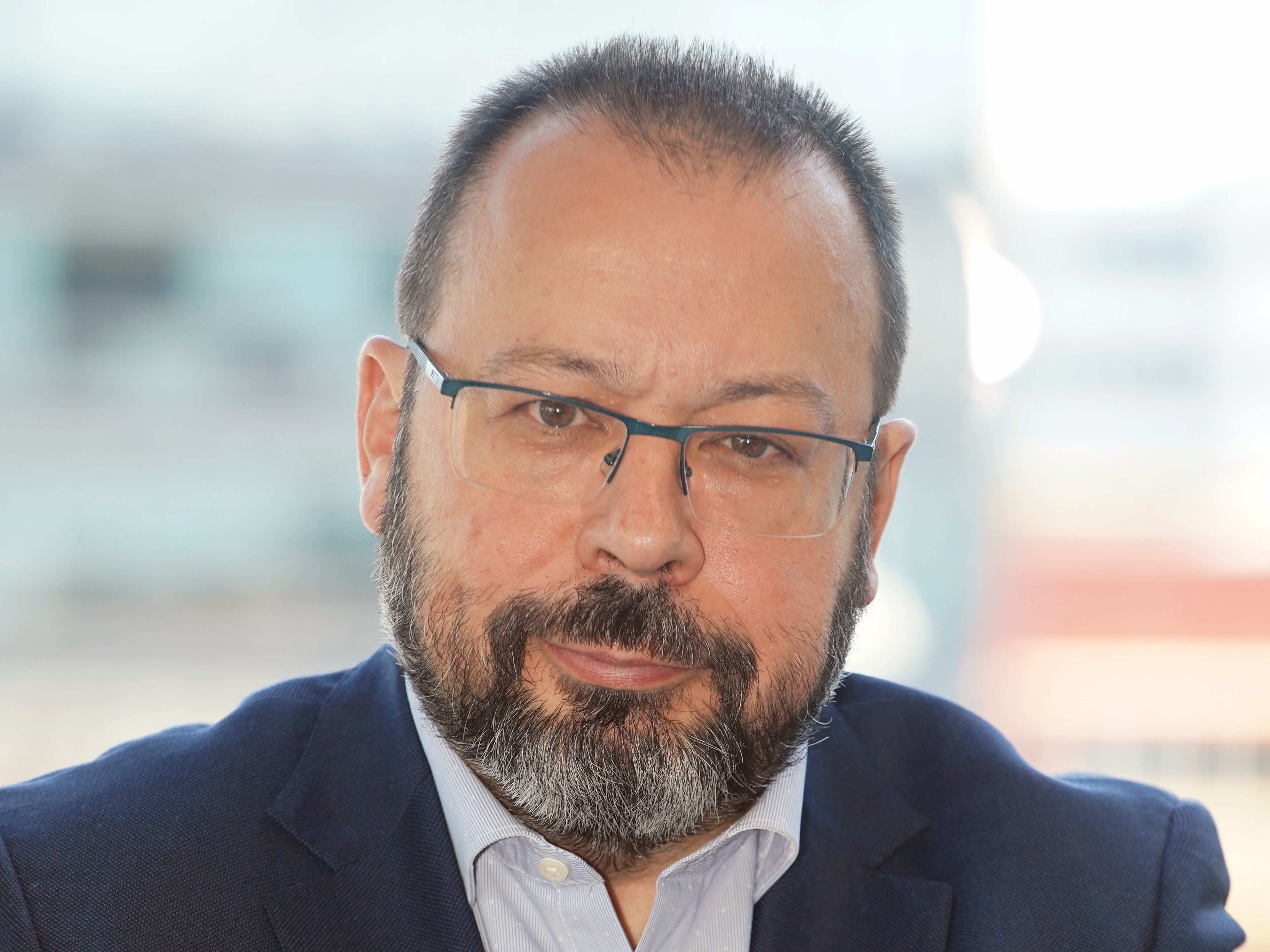 The European Union has come out in a storm this Wednesday to defend its mechanism for the approval of covid-19 vaccines against the speed shown by the United Kingdom. London today gave the green light to the commercialization of the prototype from the Pfizer and BioNTech laboratories, activating a controversial national emergency mechanism. On the other hand, the European Medicines Agency (EMA), the body in charge of giving the go-ahead to new vaccines in the EU, will not meet its committee of experts to make a decision on these same punctures until December 29, almost one month after.

The EMA, based in Amsterdam, was the first to defend this morning the rigor of its work in the face of the rush in a statement of unusual forcefulness. “The EMA considers that the conditional marketing authorization is the most appropriate regulatory mechanism during the emergency of the pandemic,” it has responded in reference to its evaluation mechanism, according to the Reuters agency.

The European Health Commissioner, Stella Kyriakides, has also spoken out firmly, defending that it is the procedure that requires a “level of evidence and controls” that the emergency level that London has used lacks. “It is crucial that we make sure that the vaccines that we approve and commercialize in the European market are safe and effective,” he said after a meeting by videoconference with the 27 EU Health Ministers, in which the matter was discussed. And he added that the European regulator will not shorten the deadlines and will take the “time it needs” to issue its scientific evaluation.

With the British decision, the EU is suddenly faced with one of the scenarios it tried to avoid when it launched a joint vaccine strategy in June to avoid fragmentation, imbalances and the embarrassing global push that was experienced with medical supplies in the dawn of the pandemic. Through the centralized purchasing and approval system, Brussels wanted to ensure that all citizens of the union would be immunized on equal terms.

The rapid steps taken by the United Kingdom, which make it the first country in the world to authorize the Pfizer / BioNTech vaccine, and move it away from the continent once again, have nothing to do with Brexit, however: until 31 December still governs the so-called transitional period, so London remains subject to the decisions of the EMA. But British law allows the Medicines and Health Products Regulatory Agency (MHRA) to take unilateral action in case of “urgent public need”. This is a caveat to the European regulation to which the different Member States can also avail themselves in exceptional circumstances. And it would be the same one that Hungary could use to approve Russian vaccines, the so-called Sputnik V.

“We could also opt for an emergency authorization at the national level”, assured the German Minister of Health, Jens Spahn, at the end of the European meeting with his counterparts from the Twenty-seven. “But we have decided to proceed in a concerted manner at the European level.”

The Community Executive highlights another key difference between the EMA mechanism and the emergency mechanism: “The MHRA’s decision is not a general commercial authorization but for a temporary emergency situation.” In recent months, the Commission’s Pharmaceutical Committee has discussed with the network of national heads of drug agencies the use of the emergency mechanism used by London, which is an exception to the EMA authorization procedures. And in Brussels it is not seen with good eyes. “The widely supported opinion is that it must be considered very carefully,” says a Commission source.

The German Health Minister has also gone a bit further and has congratulated with a certain irony that, in these times of Brexit, the British have chosen to get hold of a vaccine produced in the EU as soon as possible. And that this “time lag” of British neighbors can be good for the EU: “This way there will be time to accumulate more experience and knowledge about the vaccine. I am sure that the data they acquire in this additional time will be made available to others ”.

The situation is especially dire for Germany, the country where the BioNTech / Pfizer vaccine was invented. Berlin is now in the situation feared for months. In other words, despite being the creators of the injection, they now see how citizens of other countries benefit from their invention before Germans. The German Government has invested 375 million euros in the development of the Biontech vaccine. In total, the Executive has allocated 750 million for vaccine research for three German companies: Biontech, Curevac and Biologika.

The German minister has played down the British approval. “It is not about being the first, but about having safe and effective vaccines,” said Spahn, who recalled that the approval of a vaccine is a “technical” and not “political” issue. “It’s not dramatic if it’s a manageable period of time.” The spokesman for the German Health Minister also launched a reassuring message to his citizens on Wednesday, assuring that the British authorization will not affect the doses of the vaccine destined for Germany.

Three weeks ago, Spahn nevertheless verbalized his fears. “It would be difficult for me to explain if in other regions of the world the population is vaccinated earlier than in Germany with a vaccine produced in Germany,” he said at the time, urging Brussels to close an agreement with Pfizer. A day later, the European Commission sealed its contract for the supply of 300 million doses of the vaccine.

Andreas Michaelis, German ambassador in London, has parked diplomacy on Wednesday and replied via Twitter to the British Secretary of Commerce, Alok Sharma, who showed his chest on the social network, boasting of having been the first to have the vaccine. “Why is it so difficult to recognize that this important step is a great international effort? I really don’t think it’s a national story. Even though BioNTech, a German company, has made a crucial contribution, this is European and transatlantic. “

“So the British start vaccinating while we wait weeks for approval? How is it possible? ”Asked the sensationalist image. Politics have prevailed and European cooperation prevails in a crisis that threatens to aggravate the fractures of the Union. It is about preventing each member of the EU from going free and Berlin is aware that European partners would not see it favorably.

The approval procedure followed by the EMA requires a meeting of the so-called Committee for Medicinal Products for Human Use (CHMP), whose members review all the data provided by the laboratories and request additional information, where appropriate. that they deem appropriate. Once all the evidence is supervised and any doubts resolved, they express their opinion. This report then reaches the Commission, which is the one who makes a final decision on whether or not to commercialize the vaccine for the entire EU. The Community Executive has assured that it will make this decision only “a few days” after the EMA report.

Given the exceptional circumstances, mechanisms have been enabled for the EMA to shorten the times, being available to vaccine developers for months, and launching a specific review procedure, which has allowed the data to be monitored “continuously”, to as they have been dating. So that by the time the laboratories request for official authorization, the expert committee has a good part of the duties done. but without skipping any steps along the way.

From the European Parliament, the legislative power of the EU, they also defend the measure against the British frenzy. “There is so much distrust towards vaccines that we have to have enough time to make sure that there is no problem,” says French MEP Pierre Karleskind, from the party of French President Emmanuel Macron. France, according to a recent Ipsos survey, is one of the most skeptical countries about vaccines: only 54% of its adults would be willing to be immunized against covid-19. The Spanish socialist MEP Javier López, member of the Health Commission, recalls that “Europe is scrupulously guaranteeing”, since “it has not eliminated any of the steps in the authorization process of the COVID-19 vaccine.” But that benefits everyone: “It ensures the quality, safety and efficacy of the vaccine.”