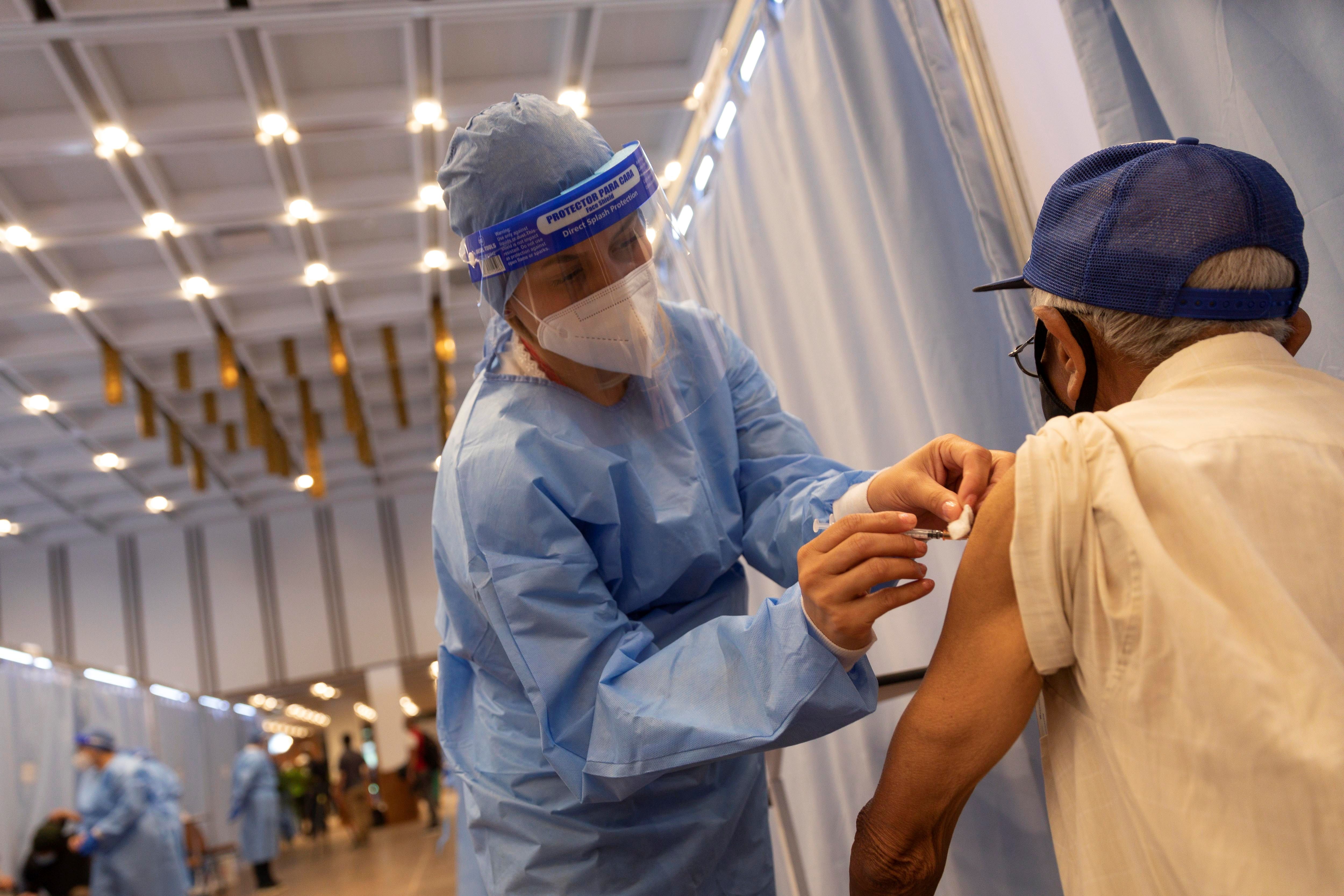 After a lag that has produced enormous mortification, and once the ruling elite linked to the government party has been vaccinated, Venezuela begins to speak for the first time of an authentic massive vaccination process against covid 19. In the current state of insolvency, the The country is, at this time, at the bottom among the nations of America in the number of vaccinated people.

Last weekend, the Minister of Health, Carlos Alvarado, finally reported that “27 vaccination posts were installed throughout the national territory.” “And starting next Monday,” he said, “we will already have 77, with the capacity to vaccinate between 600 and a thousand people daily. We have planned to vaccinate 70% of the population between now and December, as vaccines arrive, to achieve herd immunity ”. Erika Farías, mayor of Caracas, announced that on Tuesday 6,000 people were vaccinated in the city.

Minister Alvarado invited the population to enter the Patria System, and indicated that, from now on, each affiliated citizen would be progressively informed about their turn to be vaccinated by sending an SMS. For those who are not licensed, the page of the Ministry of Health is available, in which it will be necessary to register.

In the spacious facilities of the Hotel Alba Caracas, in the heart of the city, four very long lines of people have been created who have shown up, from one day to the next, to try to be vaccinated against covid 19. One of them was formed by medical staff and dentists; another of persons under 60 years of age; the third of people over 60 years of age affiliated to the Carnet de la Patria –subsidies and state aid platform for the population–; and a last one, with people over 60 years old without affiliation to the official system. Long formations of people, similar to these, lasting hours, were suddenly registering in several hospitals and authorized health centers in Caracas – the Periférico de Catia Hospital, Pérez Carreño and Domingo Luciani, among others – and the rest of the country.

Until now, people vaccinated against covid 19 were almost anecdotal. Things changed drastically. The prospect of increased vaccination in the population has clearly increased the anarchy of the process. Without a known timeline, too many people show up unannounced in hospitals aspiring to be treated at some point, generating huge disorders and human crowds.

Very often people who do not belong to priority sectors obtain vaccines, in a country in which only about 60% of the medical personnel have been vaccinated, and where the deaths of infected doctors have abounded. There are rumors and stories about a black market for vaccines, in which desperate wealthy sectors have paid up to $ 200 to be treated with priority. The frequency has been that those under 60 receive the Chinese formula Vero Cell, and the older ones, the Russian Sputnik.

Until recently, the government of Nicolás Maduro had received about 1.5 million vaccines in just over three months, which had allowed the vaccination of approximately 400,000 people. A few days ago, a new shipment of 500,000 Sputnik vaccines was announced that would arrive after another similar shipment of Chinese Sinofarma antivirals. The arrival of new dispatches is expected. Maduro himself has announced an “offensive” on vaccination in the next three months. The first shipments approved in the Covax mechanism, covering half the population, should arrive in the country in the coming weeks.

For the epidemiologist and former Minister of Health José Félix Oletta, what is disturbing in the development of the process is the traditional opacity in Maduro’s management. “It is not known how many new vaccines will arrive or in how long. These announcements come after three months with minimal results; so far, 0.8% of the population had been vaccinated. We will not be able to achieve herd immunity if disorder and improvisation are not corrected ”.

“This is good news, but this is still insufficient,” says doctor and academic Amadeo Leyba. “I am concerned about the bias in the application for political reasons, and the official refusal to receive contribution from the private sector in the distribution and application of vaccination plans.”

Official figures show a total of 235 thousand cases of Covid 19 in the country, with 2,600 deaths. “The data from the Academy of Physical and Mathematical Sciences force us to multiply the registry of cases by 10 and the number of deaths by five,” says Oletta, “by virtue of the slowness of the tests and the weaknesses of the Ministry. There is a huge underreporting. “

“If everything is done well”, the infectologist and internist Julio Castro believes that at the beginning of next year Venezuela could be approaching a relatively clear picture in terms of infections and control of the pandemic. Castro considers it very difficult for 70% of the country to be vaccinated before September. Oletta walks through less optimistic scenarios: “It is difficult to make forecasts in such an unstable and inefficient framework. It could happen that at the beginning of 2022 we are on track, but we can also take a year, or a year and a half more, to advance in an efficient vaccination and achieve herd immunity. “