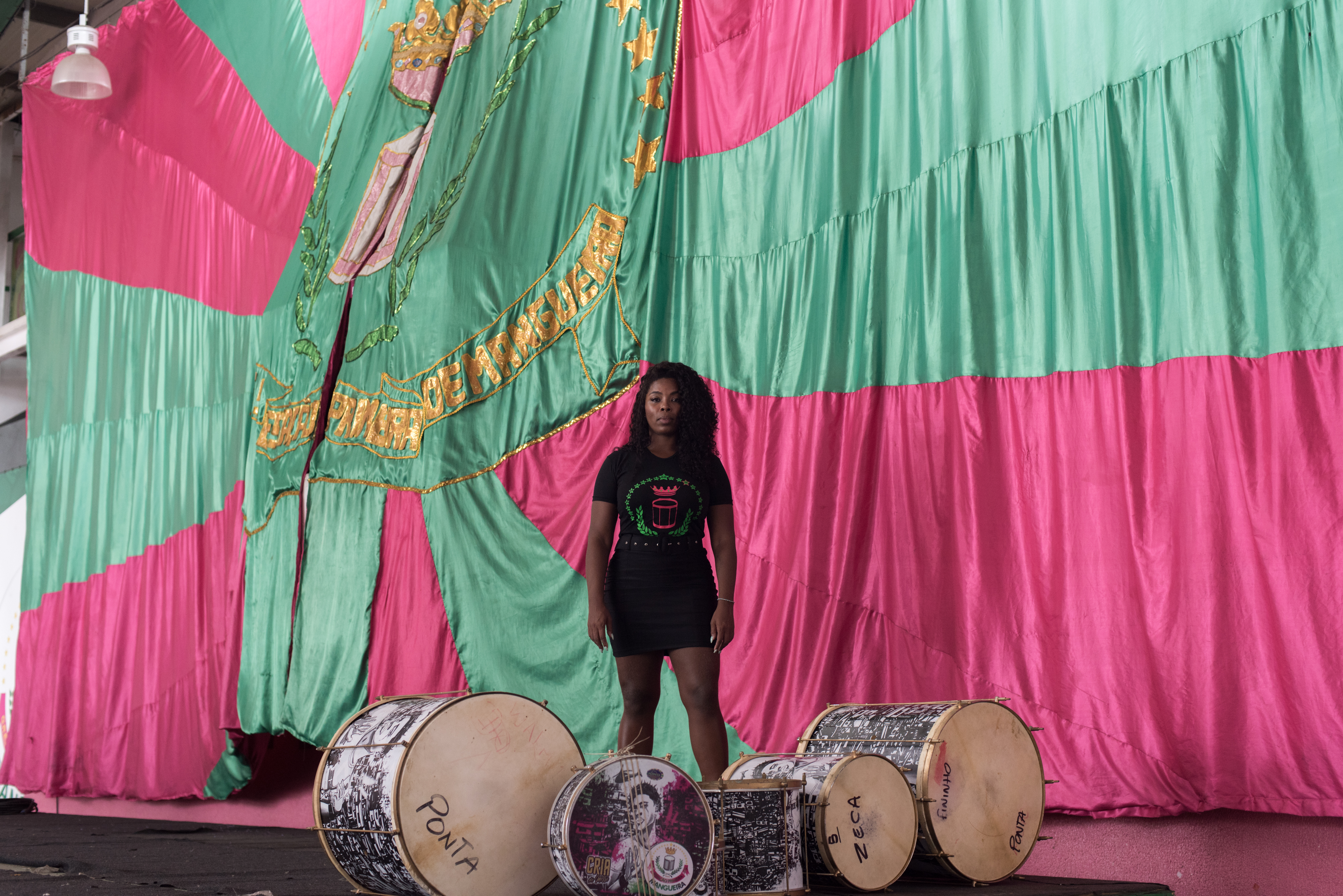 It’s Carnival, but the headquarters of the Mangueira Samba School is deserted, soulless, unknown. Any other year, this rehearsal place located in the homonymous favela of Rio de Janeiro would be in turmoil, crowded with sambistas overflowing with joy and nerves. The standard-bearer, Squel Jorgea Ferreira Vieira, 38, would be confined in a hotel, concentrated together with the rest of the artists who lead the troupe. The 4,000 sambistas of Mangueira – the 2019 champion – would be collecting the sophisticated costumes – an explosion of colors, sequins and feathers – and the shoes for the parade at the sambadrome, a fierce competition whose images go around the world. Rio and all of Brazil have run out of Carnival, without one of the most anticipated moments of the year.

Due to the pandemic, the catwalk designed by Óscar Niemeyer for the greater glory of “samba” does not host dancers or floats, but rather welcomes octogenarians who are vaccinated against the coronavirus without getting out of the car. This 2021 without Carnival will go down in history because although in 1892 and 1912 it was already suspended, they managed to celebrate it months later. This time there is no such option.

“Nobody ever imagined Rio de Janeiro without Carnival,” explains Ferreira Vieira at school. Granddaughter of a historical party, she has been parading in the sambadrome since she was nine years old. “It’s like I’m in the middle of the sea drowning, trying to breathe. I am desperate, with a great sadness ”, she adds. It is the time to forget the hardships of the rest of the year, to paint the house to receive friends, to buy special intimate clothes. Cariocas know that each Carnival is different — there were years of crisis, bonanza, repression, emboldened criminals, few or many tourists — but no one dared to anticipate the devastating scenario that the pandemic offers.

The news of the first case of contagion, a businessman who visited Italy, was known on Ash Wednesday 2020. Now the portable refrigerators no longer carry beer, but vaccines arrived from China like the one injected into Mrs. Rosa Nina Coelho, 85 years old . She is a carioca who, things in life, had never set foot in the sambadrome.

The mayors of Rio, Salvador de Bahía, São Paulo, Recife or Olinda assumed months ago that the great party of the year, which brings together millions of people in impressive street parties or sambadrome, attracts tourists from all over the world and employs hundreds of thousands, it was unfeasible with the virus circulating at full speed. Amid a spike in cases, the party was called off. Brazil has almost 240,000 deaths and almost 10 million infections, according to official data. Rio already officially rules out delaying the celebration of the debauchery to July.

When at the end of the XIX the celebration of the official Carnival was suspended, Joaquim Maria Machado de Assis, one of the great Brazilian authors, wrote a phrase with which his compatriots have felt very identified in this century: “I think that the day that the King Momo (a central character of the party) is totally exiled from this world, the world will end ”.

The streets of Rio are deserted. And sad. Not a body decorated with glitter, not a garland, not a costume. The mayor, Eduardo Paes, a great fan of this celebration, asks for common sense while deploying the police to hunt for clandestine meetings and crowds. Some parties were dismantled. The atmosphere is depressing, nothing to do with the joy that Cariocas exude. Last year, the streets and boardwalk of Ipanema were packed with locals and foreigners dressed in just the bare minimum to withstand the sticky summer heat.

Carnival has structured the life of Squel Jorgea for two decades. “It is my profession, what sustains my family, what has given me a dignified life and wisdom,” says the standard bearer, who continues to receive affectionate messages in a tone of condolences. He emphasizes that although people believe that it is four days, behind the greatest spectacle in the world –this is how Brazilians like to consider it– there is a huge industry. They are cruise ships, hotels, bars, restaurants. “But it is also the street vendor that sells beer or popcorn on rehearsal days. The one who sells flowers to supplement her income. The seamstresses, the shoemakers… ”. All standing. The cancellation has meant losses of 8,000 million reais (1,200 million euros, 1,500 million dollars), according to the trade union, half in Rio. Nor have 25,000 temporary jobs been created. Each tourist spent last year about 100 euros a day.

With no New Year’s Eve or Carnival, this is going to be a terrible year for Paulo Souza, 52, who sells meat skewers in Ipanema. The clientele is so small that you will only be picking up the car and chair many hours from now, when the sun rises.

To alleviate the nostalgia, Globo broadcasts the stellar moments of ancient parades, the performances of artists on YouTube proliferate and initiatives to dive into the Carnival without celebrating it, such as the one that the Museum of Modern Art in Rio (MAM), which recently released a new address double-headed artistic, organized with Mangueira. A series of conferences and workshops that gave Squel Jorgea an unforgettable moment: “I never imagined that I would be invited to a museum, that I would enter through the front door to give a class, that people who want to understand my art would sell out.” Samba (thus, in masculine) is a musical genre and a dance born in the poor and black neighborhoods that, to the chagrin of this star from Mangueira, does not have the value of cinema, television or ballet in the eyes of other Brazilians. “It irritates me that people don’t understand our pain.” They say that the Sambistas called their groups school so that high culture would stop belittling them.

Although everyone in Brazil is aware of the business involved, the celebration of Carnival also has its detractors. A microscopic virus has made one of the dreams of the most extreme evangelical churches and the most ultra Christian faithful come true. For them, it is the embodiment of evil. JPI, 64, and his wife, MR T, 60, are delighted. Catholics, they suspect that last year’s Carnival was an ideal soup where infections multiplied. “It is a diabolical party, which separates couples, from vandals who destroy the heritage,” he explains at the kiosk they run. They are proud that their children also turn their backs on the party.

Brazilians dream that mass vaccination will allow them to return to normal and return their great annual celebration. But the flag bearer of Mangueira, who knows well that a troupe requires months of academic research and planning of every detail, is concerned. “If things don’t move fast, it will be another very difficult year. Because to have Carnival in February 2022, already in June or July you have to start preparing the costumes, the floats… ”. A second year without Carnival would be a huge disappointment. For now, 2.3% of Brazilians have been vaccinated, but problems are looming. Rio announced this Monday that it is suspending injections for lack of doses.

The standard-bearer of the Mangueira Samba School is named Ferreira Vieira and not Da Silva as stated in a previous version of this report.