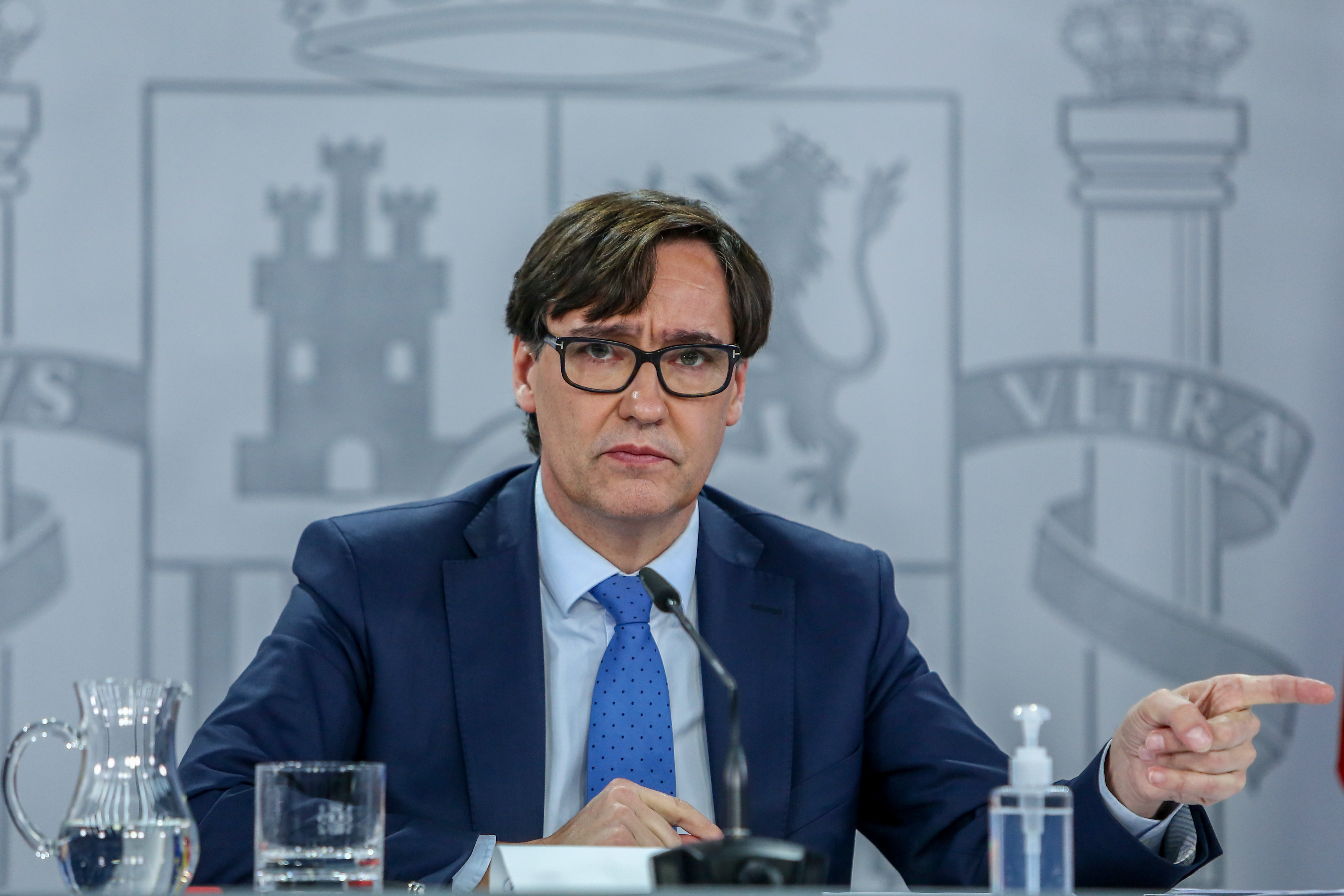 A total of 139,399 people have now received their first dose of the Pfizer-BioNTech Covid-19 vaccine in Spain, with seniors in residences, adults with major dependencies, carers and healthcare workers in the first group to get the inoculation.

The data was released by the Health Ministry on Tuesday and shows that 56,505 more shots were administered after the initial total made public on Monday. This means that 18.7% of the 743,925 doses that have been distributed among Spain’s regions have so far been injected. There is, however, one or two days of delay in notifying this data from region to region, meaning a complete picture is still lacking.

Unlike other regions, Asturias did not stop vaccinating people on weekends or public holidays

The most advanced region so far is Asturias, which has already administered 100% of the vaccines it received in the first shipment among its population. A new shipment of around 11,700 doses arrived this week, and regional health chief Pablo Fernández said in statements to the radio station Onda Cero that the plan is to keep using them up as they arrive. Other regions, however, are not faring so well, such as the neighboring Cantabria, with just 5.1% of received doses administered, Madrid (5.4%) and Catalonia (9.3%).

The first week of the campaign in Asturias saw 12,000 people receive the vaccine, a high figure that the region attributed to “the work and the coordination” of its health department. Unlike in other territories of Spain, the vaccinations did not stop last week on the public holidays for New Year nor over the weekend.

Asturias has also opted to take the vaccines out of frozen storage “with names and surnames,” according to one official – i.e. with prior allocation to exactly which healthcare area they are destined for, and exactly where and when they will be administered. There are 50 teams distributed across the region to carry out the program, with the possibility of increasing staffing if necessary.

In Madrid, meanwhile, the regional premier Isabel Díaz Ayuso of the conservative Popular Party (PP), committed to ramping up the vaccination program after the low number of doses so far administered prompted widespread criticism. “Madrid will vaccinate on Monday, Tuesday, Wednesday, Thursday, Friday, Saturday, Sunday and holidays,” she wrote via Twitter on Tuesday. “Morning and afternoon. With all the possible resources, whether public or private. Even at night.”

With all available means, public and private.

Until this week, Madrid had only planned to inoculate from Monday to Friday using its team of 92 nursing staff, which have been brought together from the public and private sphere. But when the figures for other regions were released earlier this week, and it emerged that some teams were working non-stop, the regional government – run by the PP in coalition with center-right Ciudadanos (Citizens) and propped up by far-right Vox – opted to change strategy.

Last week saw just 3,090 people vaccinated in Madrid, despite the region having received 48,750 doses from the central government. According to the Madrid health authorities, “it was not the best week,” due to the New Year holidays, among other reasons. No shots were administered in Madrid from December 31 to January 3.

Ayuso is planning on increasing the number of health professionals administering the vaccines, up to 54 pairs of nurses (108 in total), a regional spokesperson told EL PAÍS. The source did not confirm if they will be sourced from the public or private sphere.

The regional government has also just signed a contract with the Cruz Roja (Red Cross) on an urgent basis to provide 24 employees to administer vaccines in small- and medium-sized senior residences. The deal includes a coordinator who will act as a point of contact with the regional health department. The contract is worth €804,000 and will run until June. Ayuso’s critics among the political opposition have received the news as yet more evidence of the regional government’s efforts to turn the public health sector into a business.

The Madrid government is investigating a senior residence in the region that has allegedly administered Covid-19 vaccines to relatives and close friends of employees, thus violating the Health Ministry protocols that state that seniors, adults with dependency, carers and frontline health workers should be the only group to receive the inoculations in this first stage of the campaign.

The probe was opened after the allegations were published by Spanish online daily elDiario.es, which found that people with no direct connection to the Casablanca Valdesur residence in the municipality of Valdemoro were entering the building in order to be given the Pfizer-BioNTech vaccine.

According to the story published by elDiario.es, the director of the residence offered these shots “as a favor,” and they were being administered over a period of several days.

The chairman of the Casablanca group, Ignacio Fernández Cid, confirmed to EL PAÍS that people outside of the priority groups had entered the center to be vaccinated. “We are vaccinating residents and staff and if there are doses left over, volunteers who are in contact with residents have been entering [for vaccination],” he explained. Fernández Cid added that he had been on vacation until Tuesday and is awaiting more information from his group’s center in Valdemoro.

It is unclear how Casablanca would have diverted these vaccines to unauthorized people, given that senior homes have to feed personal data about vaccine recipients into an online registry created by regional public health authorities.

Based on reporting by Juan Navarro, Juan Diego Quesada and Fernando Peinado.