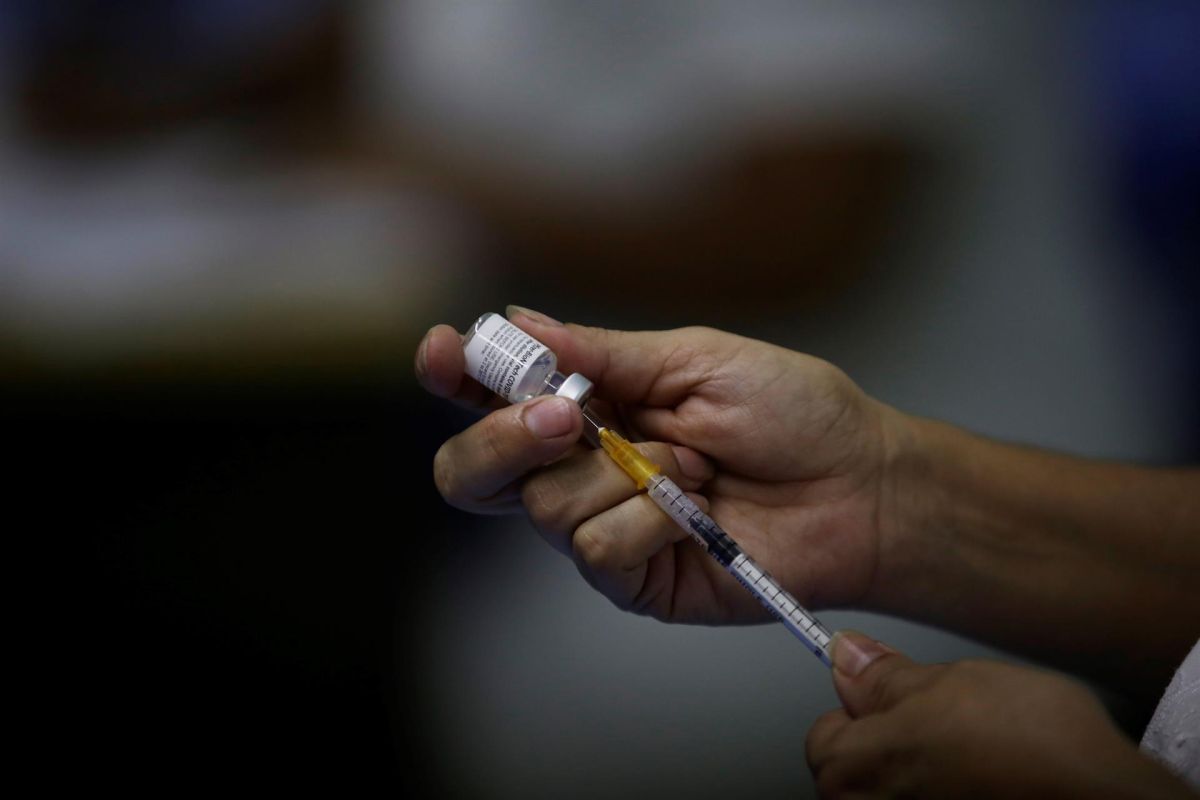 Although a few weeks ago it seemed that little by little the light was being seen at the end of the tunnel, the plans in the United States regarding the return to normality, again the Delta variant of the coronavirus has turned the country on its head, well there has been a significant rebound in infections and deaths in this third wave of COVID-19 that does not seem easy to control.

El Doctor Anthony Fauci alerted this Sunday that America is going in the “wrong direction” to counter the ravages of the third wave, largely due to the reluctance of many Americans to receive the vaccine.

According to data from the Centers for Disease Control and Prevention (CDC), 30 states have yet to supply 2 doses of the vaccine to half of their residents.

How effective are current vaccines with the new coronavirus variants?

The appearance of increasingly contagious variants has raised doubts about the effectiveness of vaccines against COVID-19: what is their real percentage of protection? Which ones have not been strong against the new strains? Is it advisable to wait to get vaccinated with any one in particular?

Although vaccination campaigns are advancing around the world, with more than 3.787 million doses applied according to data from Our World in Data, the possibility of being infected even after immunization – although without serious symptoms – continues to generate alarm.

New variants of the virus, such as Delta and Delta Plus, have become the majority in countries where immunization rates are high, such as the United Kingdom (with 55.4% of the population fully vaccinated) or the United States (49.6%).

These new lineages are capable of infecting more people, although scientists do not consider them more lethal. However, the increase in this base of vulnerable patients may increase, from a statistical perspective, the total number of deaths (4.1 million to date).

What is the effectiveness of the anti-COVID vaccines against the Delta variant?

The effectiveness of a vaccine is a measure that calculates how strong the immunological protection caused by that drug is to avoid future contagion, on the one hand, or hospitalization and eventual death, on the other.

According to the World Health Organization (WHO), a total of 13 different vaccines against COVID-19 have been registered as of May 2021 through various platforms.

Of these, the organization has approved the emergency use of drugs from Pfizer / BioNTech, AstraZeneca, Janssen, Moderna, Sinopharm and Sinovac, although it has assured that it analyzes other widely used vaccines such as Sputnik V or Covaxin.

The WHO and the scientific community consider that a vaccine, against any disease, is successful when its effectiveness exceeds 50%, as is the case with all those approved against COVID.

The truth is that the Delta variant, first identified in India and according to studies 60% more contagious than its predecessors, has affected the initial effectiveness rates of these drugs.

Experts from the Pan American Health Organization (PAHO), such as Heriberto García Escorza, director of the Institute of Public Health of Chile, and Jairo Mendez-Rico, advisor on Viral Diseases, have responded to Efe that “so far, vaccines that have been licensed are efficient against all variants ”.

Overall Efficacy Vs. Effectiveness Against Delta of Vaccines

-Pfizer/BioNTech: Clinical trials of this two-dose Messenger RNA vaccine reported 95% effectiveness in preventing infections and 100% against severe forms of the disease.

Given the appearance of variants of the coronavirus, Pfizer reported that its drug has been effective in more than 95% against severe conditions caused by the Alpha (identified in the United Kingdom) and Beta (South Africa) strains.

Two studies from Public Health England, which are still in peer review, speak of an 88% efficacy of this vaccine against a symptomatic infection and 96% against hospitalization caused by the Delta variant.

Until now, There are no conclusive studies on the precise protection generated by this vaccine against the different variants of the coronavirus, although centers such as Yale University assure that “some experts believe that can work in a similar way to Pfizer, since both are mRNA vaccines ”.

-Janssen: This vaccine, the only single-dose vaccine approved so far, has shown an overall effectiveness of between 66.3% and 72%, rising to 80% against severe cases of the disease, according to studies conducted in the United States.

Johnson & Johnson’s drug has been shown to be effective against the Alpha and Beta variants, maintaining their percentages, according to the US Food and Drug Administration (FDA).

-Oxford-AstraZeneca: An update last March on the analysis of the data from its phase III tests showed that this anticovid drug is 76% effective against contagions and 100% against severe forms of the disease.

AstraZeneca and the University of Oxford have ensured that its general effectiveness rises to 85% in those over 65 years of age.

Health organizations have reduced the effectiveness of this vaccine against variants such as Alpha and Beta by up to 74.6%.

In addition, 2 recent investigations – still under review – have shown that the two doses of this vaccine sThey are 60% effective against symptomatic infection and 93% against hospitalization caused by the Delta variant.

-Novavax: This vaccine, developed in the United States, provides 90% effectiveness against contagion and 100% against moderate and severe forms of COVID-19, as its manufacturer communicated last June.

This company has also ensured that its drug It is 93% effective against the variants of concern or interest, those that circulate in a massive way such as Alpha, Beta, Delta and Gamma, and 100% against the regular ones.

-Sinopharm: Developed by the Institute of Biological Products Co Ltd. of China, this drug widely used in Latin America generates an efficacy of 79% against symptomatic cases, according to its reports.

A group of scientists from Sri Jayawardenapura Sri Lankan University recently reported that the Chinese vaccine is effective against the Delta variant, after publishing a study on its behavior on the medRxiv repository.

According to that research, “they have a similar level of protection against infection with (the variants) Delta and Beta ”.

-Sinovac: Also manufactured in China under the brand name CoronaVac, its effectiveness is around 51% against symptomatic disease and 100% in severe cases that require hospitalization or that lead to death.

A study published in medRxiv by the University of Chile on July 2 ensures that this vaccine is less effective against the Andean variant or Lambda (3.05 times), one of the predominant strains in Latin America, and against Gamma and Alpha .

-Sputnik V: Despite not yet being approved for emergency use by the WHO, the Russian vaccine widely distributed in the world claims to have an efficacy against 97.6% against the original strain of the coronavirus, according to recent studies.

Russia’s Gamaleya Institute, developer of the drug, has said it has evidence that its compound It offers greater than 90% protection against the Delta variant and is equally effective against all variants.

Still undecided about getting vaccinated? Now New York City will pay $ 100 to anyone immunized against COVID-19