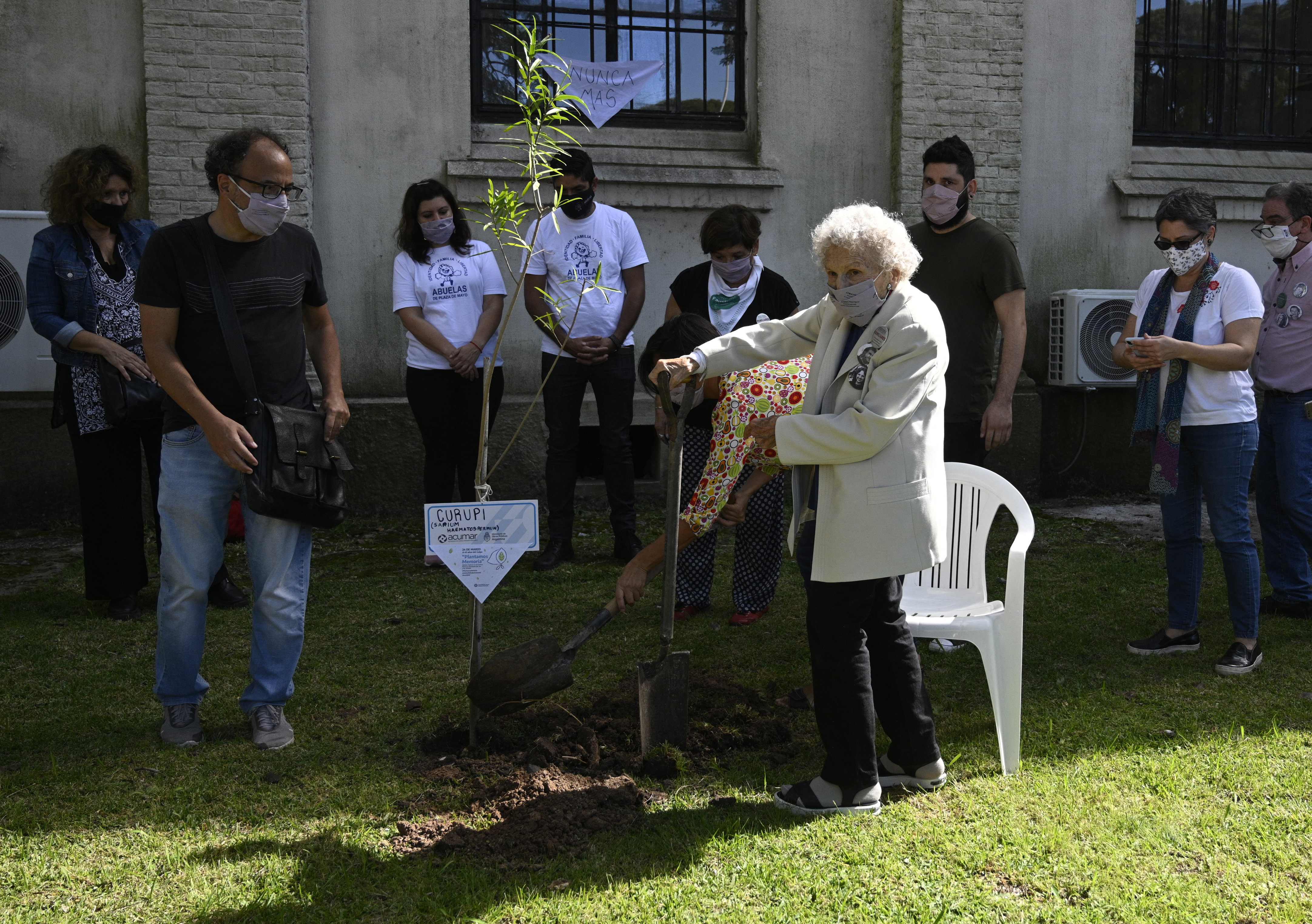 This Wednesday, 45 years after the military coup that began the worst dictatorship in Argentine history, trees will be planted in places that functioned as clandestine detention centers, converted today into spaces of memory. They will also be planted in schools, public squares, national parks and soccer clubs, among other locations. “This March 24, we will plant 30,000 trees for our 30,000 detained-disappeared companions and for the future,” urged Argentine human rights organizations given the impossibility of carrying out a massive march to the center of Buenos Aires due to the pandemic.

“Memory, like the seed, is loaded with the future: it contains all the genetic information to be able to become the tree that beats in its destiny”, underlined the organizing bodies, among which are Grandmothers of Plaza de Mayo, Mothers of Plaza de Mayo Founder Line and HIJOS “In times of fires, deforestation and climate change, we invite you to plant life as an act of memory and the future. Because the memory of each disappeared detained comrade brings with it the legacy of the struggle for a more just and supportive country, ”the convocation continues.

The Grandmothers and Mothers of Plaza de Mayo, those women who joined forces to search for the children and grandchildren who had been kidnapped by the military, are now advanced in age and remain confined by covid-19. Estela de Carlotto, head of Abuelas, turns 91 this year. She was born in 1930, like Nora Cortiñas and Taty Almeida, two of Mothers’ references. For the second year in a row, the pandemic will prevent them from “going out onto the streets, taking them, and hugging them”, in the words of Almeida. “We will be back. We prioritize life ”, he assures.

In 2020, Abuelas fired five of its members. It was a sad year also due to the lack of news: for the first time in almost three decades they did not find any grandchildren, that is, none of the babies stolen by the dictatorship, who today are between 38 and 45 years old, knew their true identity in those twelve months. To date, 130 identities have been restored. More than 300 are missing.

One of those who are still wanted is Miguel’s brother or sister Five Santucho, son of Cristina Navajas and Julio Santucho, militants of the People’s Revolutionary Army (ERP). Navajas was kidnapped when she was two months pregnant, along with her children Camilo and Miguel, who were handed over to the family and later reunited with their father in exile. Miguel returned to Argentina as a teenager and since then he has been looking for that brother born in captivity whom he never met.

“We know that unfortunately it is a search that will last many years, because there are more than 300 grandchildren to be found, and that many Grandmothers will not be able to accompany us, but they marked the way for us, they taught us that we have to search until the end ”, says Santucho about the generational change in the search. His grandmother, Nélida Gómez de Navajas, passed away in 2012 without having found her grandson.

“Having an identity that does not correspond also skips generations. The fact that a grandchild does not have the surname or know the history of his family that also transmits it to his children, ”continues Santucho, who asks those who have doubts to come to the headquarters of Abuelas. “Memory, truth and justice is giving a foundation to Argentine democracy and it is important that the youngest defend it. I think Argentine youth are very active and put their bodies together to defend their rights and the expansion of rights ”, he adds.

In the absence of a large march to Plaza de Mayo led by Mothers and Grandmothers, the activities for March 24 they have been decentralized by neighborhoods in all the big cities of the country. Even so, the epicenter of the mobilizations for Memory Day remains. In the early hours, the photographs of thousands of disappeared were displayed and in the afternoon the groups that make up the Memory, Truth and Justice Encounter have called for a march between Congress and Plaza de Mayo to demand “jail all the genocidal without domiciliary, against the impunity, the adjustment and the repression of yesterday and today ”.