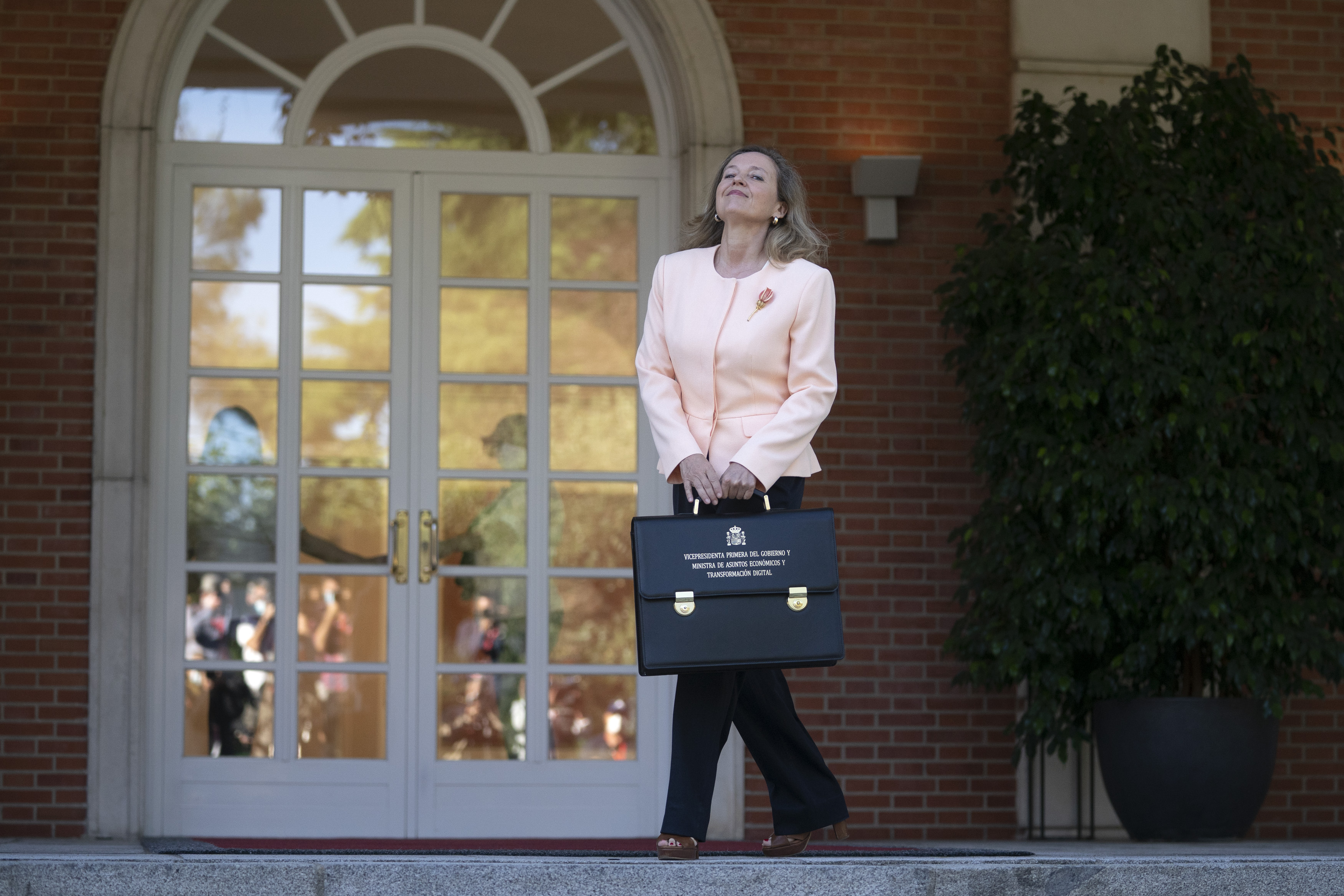 The European Union this Tuesday gave the final green light to the recovery plan with which Spain aspires to obtain up to 140,000 million euros. The approval of the program implies the sending of an advance of 9,000 million that will start the machinery of investments and reforms. The document has passed the EU Council filter unchanged, not without several countries, including Germany, having made comments on some reforms. In addition to the Spanish plan, 11 other members have received the approval of the finance ministers of the community club.

The first vice president of the Government, Nadia Calviño, confessed in an interview in TVE this morning wish to have the “gift of ubiquity.” Calviño was in Madrid, where he attended his first Council of Ministers as the brand new first vice president of the Executive. At the same time, his colleagues were finally giving the final green light to a plan that had been negotiating with the European Commission for almost ten months. This year alone, Spain expects to receive 19,000 million euros in non-refundable aid.

The Spanish plan, like the rest, passed without trouble. The Minister of Finance of Slovenia (who has the rotating presidency of the EU), Andrej Sircelj, explained after Ecofin that the debate has been general, about the need to control the implementation of the reforms and the destination of the money. The country-by-country discussions had occurred before, at the technical level. All countries could provide comments on the plans, which could be included in the plans if they were unanimously supported. Germany argued that the European Commission’s assessment of the Spanish pension reform was confusing, as it concluded that it would ease public coffers while posing risks. Diplomatic sources explain that they also discussed the reforms proposed by Spain that are pending the results of the social dialogue. “The tone was very positive and constructive at all times,” these sources maintain.

Also Read  Floods in China invade trains, leaving dozens trapped in water up to their necks

Community sources maintain that the Spanish plan has ended up passing without any change. Among other things, because for there to be any modification, Spain also had to agree. Even so, they emphasize that the northern countries wanted to set the stage for the dynamics that will take place from now on. Spain will have to demonstrate every six months that it has carried out the reforms and investments to which it has committed itself if it wants to obtain the disbursements. The department headed by Nadia Calviño believes that there will be no problems to obtain the 10 billion in December, since they were conditioned to actions that have already been carried out.

Still, there will be no truce. The Government for the moment has requested the 69,500 million euros in aid to which it is entitled. And of this amount, it has been proposed to receive almost 80% in the first three years. The idea is to link that amount with the bulk of the 38,000 million euros that will come from Brussels through the structural funds. In other words, Spain must absorb almost 108,000 million euros in aid by 2027. This logic, however, implies that the government must immediately begin to carry out the main investments and reforms, including those in the labor market. “It is now when we need to boost public investment and mobilize private investment,” said Calviño, who explained to MEPs that Spain has not recovered the level of public investment prior to the 2008 financial crisis.

That has not been the general trend. According to community sources, the countries have been delaying the reforms or leaving them for last. Spain, therefore, will have to close all its commitments to pass each semester exam. If it does, the Commission may decide not to make the disbursement or to do so partially. Diplomatic sources maintain that from now on they will control that each country, including Spain, complies with the agreement to receive that money. The Government must finish evaluating, in addition, if it requests the loans for 70,000 million euros to which it is entitled. The Executive is inclined to do so, in part to send the message that it makes use of Eurobonds.

The finance ministers also gave the green light to the plans of Germany, Austria, Belgium, Denmark, Slovakia, France, Greece, Italy, Latvia, Luxembourg and Portugal. All these countries will receive 13% of the amount of their recovery plans. The plans of four other countries (Cyprus, Croatia, Lithuania and Slovenia) will be approved in an extraordinary Ecofin on July 26. The Commission has so far issued debt for 35,000 million euros in two operations in which it registered a very high demand.