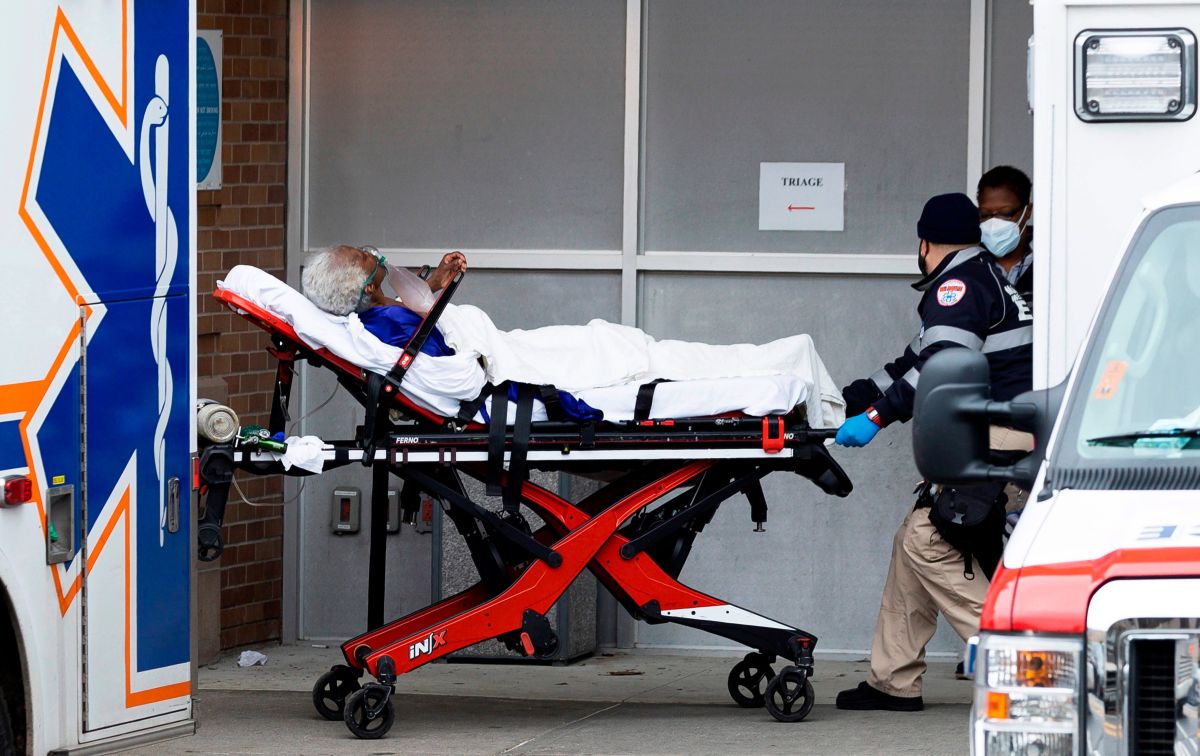 NY.- The state of NY continued to show a sustained increase in the pandemic. New coronavirus cases jumped 4.3% in the last week, as the state added 76,437 cases.

The increase is 3,131 compared to the previous week, which had 73,306 new cases of the virus that causes COVID-19. Meanwhile, New York was ranked 20th among states where the coronavirus was spreading the fastest per person, an analysis from the Universidad Johns Hopkins.

“As we approach the end of the Christmas season, New York remains caught in a foot race between rapid vaccine distribution and the continued spread of COVID-19,” the governor said. Andrew Cuomo, during statements to the media this Sunday.

According to figures provided by the Governor’s office, until this Sunday there were 7,183 hospitalizations of patients throughout the state, 1,187 patients in the ICU; 687 Intubated, 115 deaths from COVID-19, totaling 29,511 deaths across New York State.

“It has been a difficult year and we still have several difficult months ahead of us, but we can see the light at the end of the tunnel and we will get there if we all do our part to stop the spread. New York is working closely with the medical community not only to administer the vaccine, but also to continue to increase capacity, “the state president added.

In the last week, 1.3 million reported cases of coronavirus were added nationally, a decrease of 12.3% compared to the previous week. However, across the country, six states had more cases in the past week than in the prior week, including New York.

New York screened 201,000 people on Christmas Day, the state reported, representing a drop of about 25,000 since Christmas Eve. But the number of tests dropped to 130,000 on Saturday.

State authorities interpret these variations due to holidays, making comparisons across the country difficult. Laboratories and testing sites were closed. People traveled or stayed at home instead of getting tested. Some counties and states did not report data as quickly.

No truce in the city

Meanwhile, at the New York City level, the evolution of the pandemic also could not be recorded due to the Christmas break. On Christmas Day, 2,384 people were in the hospital fighting COVID-19; approximately 29% of the city’s hospital beds are still available, according to the Health Department of the state.

Thirty-five of the 122 New York State residents who died from COVID-19 on Friday came from the city: 12 from Brooklyn, eight from Queens, six from Staten Island, five from the Bronx and four from Manhattan.

The deaths occurred while nationally two versions of the COVID-19 vaccine are administered. He Mayor Bill de Blasio reported over the weekend that more than 50,000 healthcare workers, nursing home staff and residents, emergency medical technicians and other essential workers in New York City have already received the first doses.

“We continue to vaccinate as many New Yorkers against COVID-19 as possible. We have a long way to go, but we are on our way to the end of this crisis, ”De Blasio wrote on Twitter.