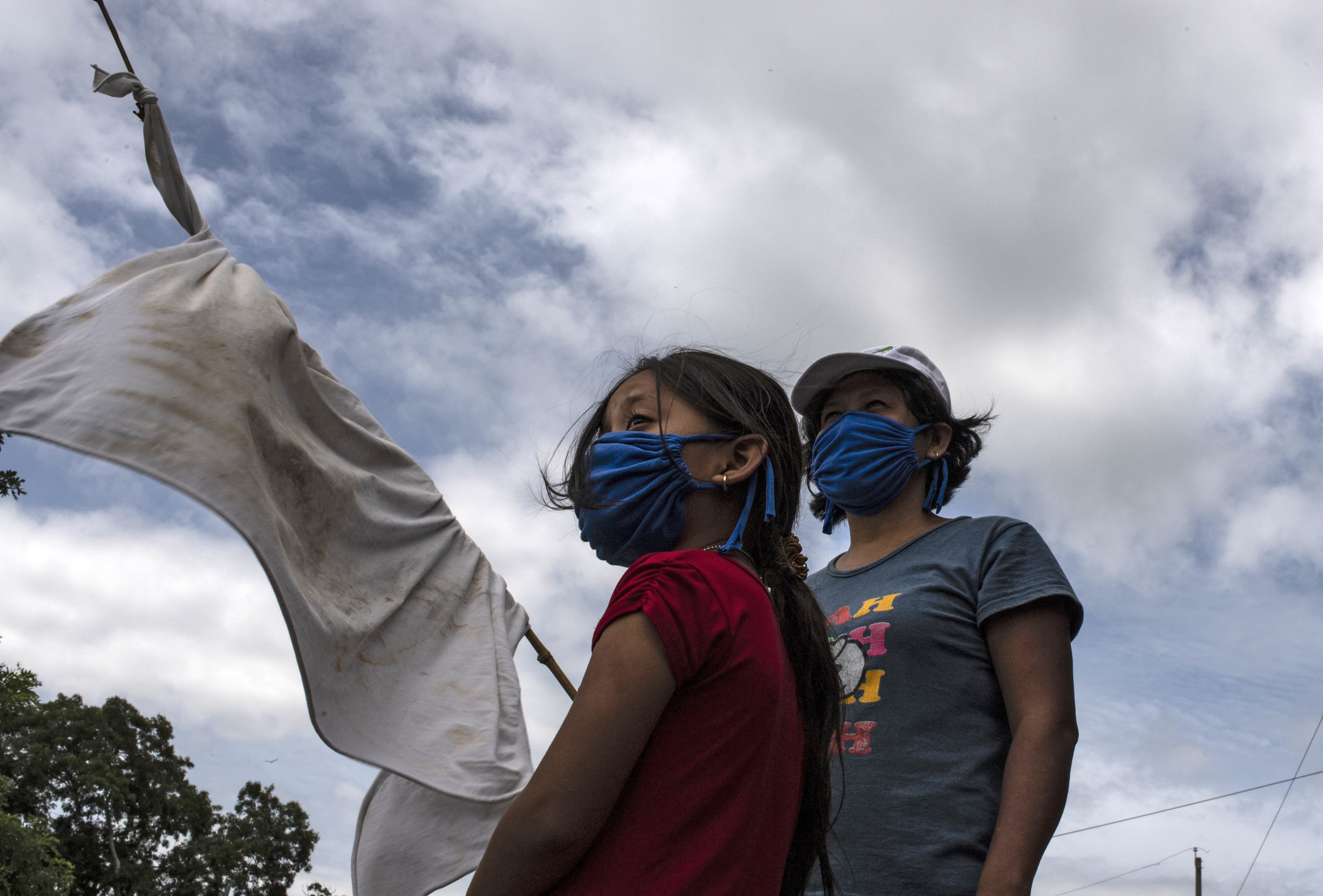 Months before the pandemic, many Latin American countries rose up in protests. The trigger was the same: growing inequality. This fracture could worsen in Central America as a result of the economic coup of COVID-19, which, according to calculations by the Inter-American Development Bank (IDB), will cause more than two million people to fall into poverty. Poorer, more discontented and more instability is what their governments have in their hands.

“The crisis has been very regressive for the region, affecting the most vulnerable population with the potential to detonate social outbreaks,” says Marta Ruiz-Arranz, chief economic advisor for the Department of Central American countries, Haiti, Mexico, Panama and the Dominican Republic. of the IDB. That is the central premise of the new economic report coordinated by the expert, under the title Inequality and social discontent, and with which this body calls “governments, especially in countries in the electoral cycle, to meet social demands.”

According to IDB estimates, the new coronavirus crisis in Central America will increase poverty by an average of six percentage points. The most affected countries would be those that are most associated with tourism, commerce and manufacturing, sectors that employ the vulnerable middle class, that is, those that live on between five and 12.4 dollars a day.

That is the case of Marcela Vardú, owner of a hostel less than an hour from the capital of El Salvador. “It has been a very big blow, because all my savings were in the business,” says who opened it a year before the covid-19. Last August it reopened its doors and since then it has not received more than 100 guests. “We were never on the privileged side,” he says. “Our prices were always very low so that everyone could enjoy a vacation, but now those who have not felt the crisis so much do not come to a place like mine, but to large hotels.”

According to him LatinobarómetroMore than 70% of Central Americans like Vardú already felt the distribution of wealth was unfair. As the economic instability of their countries worsened with the pandemic, so did their dissatisfaction. These are reflected in how they perceive public education and health services. For example, in El Salvador, Honduras and Panama 30% of those surveyed by CID Gallup are not satisfied with any public service. Many also perceive more corruption and, as if that were not enough, their prospects for the future after the pandemic are not very positive. Vardú sums it up like this: “I feel skeptical that there is going to be any change nearby, it makes me want to run away.”

The countries most affected by the crisis triggered by the pandemic will be those most associated with tourism, trade and manufacturing

Based on this diagnosis, the IDB warns the region about the risk of increasing polarization between those who have the least and the most income. For the expert Ruiz-Arranz, this income polarization “means greater stagnation, that is, less social mobility between groups.” With levels so high that they are already 50% higher than in Europe, such polarization could unleash a wave of social outbreaks and conflicts in Central America.

One of the ways to mitigate it is, precisely, to redistribute wealth through public health and education. According to the IDB study, thanks to these services, around 60% of the region’s population is a net beneficiary of the State, so it would be favorable to work on their expansion and quality.

Also Read  Fidel: "This city deserves to be able to fill the stadium in Primera"

To achieve this, the organization points out that everyone must pay their taxes and that governments carry out more efficient social spending. It sounds logical, but in Central America more than 60% of workers are informal, of which 30% are in the upper income stratum. “There is a disproportionate burden on the formal sector, while a significant proportion of households in the non-vulnerable informal economy are not contributing to redistribution,” explains Arnoldo López Marmolejo, lead specialist from the same IDB department and also coordinator of the report. For example, if in El Salvador it were possible to collect taxes from informal workers with higher incomes, the collection would be 35% higher than the current one.

Despite this, it could happen that these informal workers are not interested in paying taxes if they do not see the benefits of it. “There is a lack of trust in the State, associated with corruption, inequity and that the control in these countries is very weak, so there is no cost for not paying taxes,” says Ruiz-Arranz. “The spirit of a redistributive fiscal policy is that higher-income people help finance lower-income people. This does not mean that they do not have indirect benefits, since the population as a whole benefits from social peace and economic stability ”.

We are not a united country, we have always been separated, that is why we need more inclusive and less classist laws

Redistribution goes hand in hand with higher social spending and more efficiency from governments. According to López Marmolejo, “there is room to increase investment and there is also room for inefficiencies,” such as leaks in the social programs of people from non-vulnerable strata. It is estimated that, on average, these leaks reach 1.5% of the region’s GDP.

Of course, alleviating polarization also requires greater political inclusion of historically excluded groups, such as women and indigenous peoples. “People who have always been forgotten are not taken into account here,” laments Vardú, the Salvadoran businesswoman. “We are not a united country, we have always been separated, that is why we need more inclusive and less classist laws.”

In its analysis, the IDB agrees with Vardú’s perception. Indeed, ethnic minorities are underrepresented in the Congresses of the region, below 66% of what they represent in the population. Meanwhile, women occupy less than 30% of the seats. “We are at a point where efforts can still be made to avoid the risk of conflict,” emphasizes López Marmolejo. “People are paying more attention to being included in social policies and that should be transferred to the political agenda with parties that are more independent, more institutionalized and that do not restrict participation.”

For Ruiz-Arranz, the challenge is that “there is a process of citizen listening that is not being done.” “The population has more and more voice and more means to show its discontent. Governments have to listen and respond to these demands in a transparent way ”.