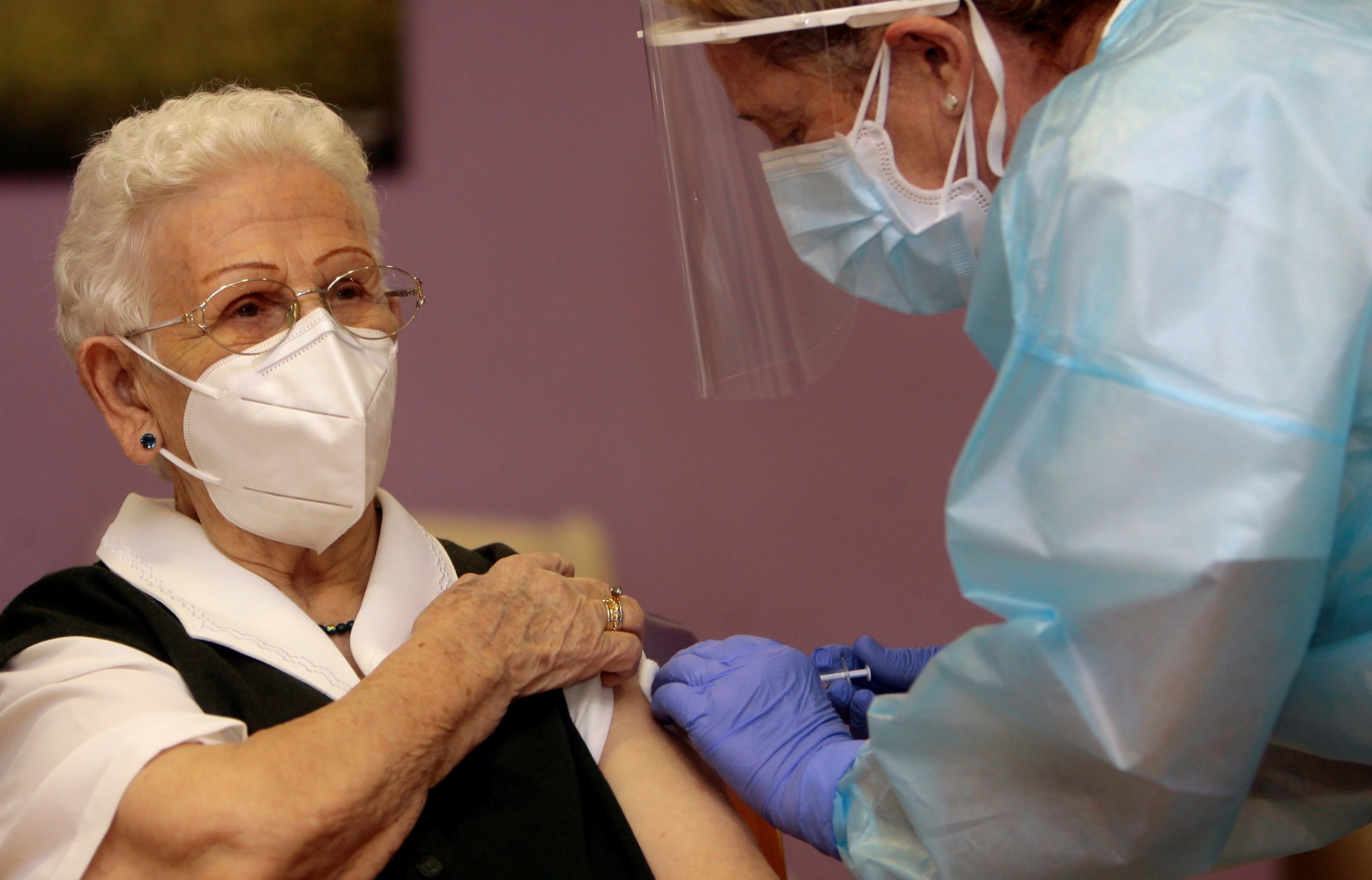 Spain’s coronavirus incidence rate is once again at high-risk levels. According to the Spanish Health Ministry’s latest report, released Wednesday evening, the 14-day cumulative number of cases per 100,000 inhabitants in Spain now stands at 253.7 – above the 250-threshold which is used by the ministry, in addition to other factors – to classify a situation of “extreme risk.” It is also the highest figure Spain has recorded since November 30. According to the report, 12,386 new coronavirus cases were recorded and 178 deaths added to the official toll.

Although Spain’s incidence rate has been rising since December 9, the spike has yet to increase the strain on hospitals. A total of 11,328 Covid-19 patients are currently in hospital, which translates to an occupancy rate of 9.2%. Of this figure, 1,932 are in intensive care units (ICUs), occupying 20.2% of all ICU beds. The Health Ministry, however, believes pressure on hospitals is likely to soon increase in response to the rise in cases.

Speaking at a government press conference on Wednesday, Health Minister Salvador Illa expressed concern about the “upward evolution” of infections. “We are very worried, and we are heading into the holidays, when there is an increase of mobility and social contact,” he said. The minister added that most authorities in regions, where the incidence rate was rising, had taken “stricter measures ahead of Christmas.”

The Health Ministry report also classified the risk level of each of Spain’s 17 regions. This is defined based on the incidence rate, as well as other factors, such as hospital occupancy and the positivity rate i.e. the percentage of tests that come back positive out of the total. According to the ministry’s criteria, five regions are at extreme risk (Catalonia, Valencia, Madrid, Castilla y León and La Rioja), seven are at high risk (Asturias, Cantabria, Basque Country, Castilla-La Mancha, Aragón, Andalusia and the Balearic Islands), three are at medium risk (Navarre, Extremadura and Murcia) and two are at low risk (Galicia and the Canary Islands). Speaking on Wednesday, Illa called on the public to be “extremely prudent” over the Christmas holidays.

Health Minister Illa also presented the details of Spain’s coronavirus vaccinations drive on Wednesday. According to Illa, Spain will receive 4.5 million doses of the vaccine developed by Pfizer and BioNTech over the next 12 weeks. A total of 350,000 doses will be delivered each week and divided between Spain’s regions. The first vaccination will take place on December 27 in Guadalajara, which has been chosen because Pfizer has a warehouse in the city.