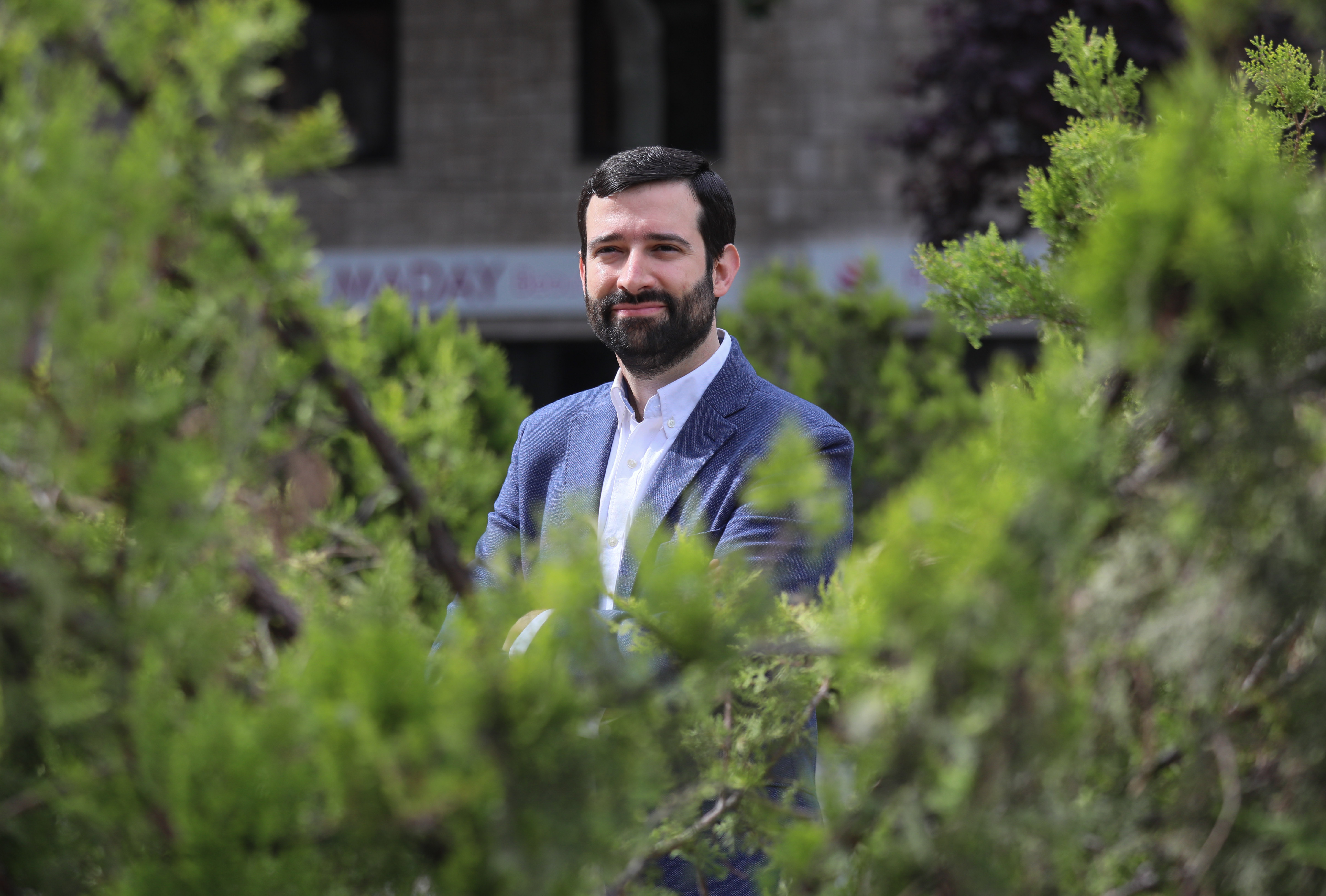 At the beginning of the confinement, the industrial engineer Francisco de Asís de Ribera, a 40-year-old from Madrid, was left without a job. A few weeks later, he read in an article on CNN that China was restricting academic publications on the origin of the covid. Ribera tweeted it and began to investigate the matter online, without leaving his home in the Chamberí neighborhood. By May he was already part of a group of two dozen Twitter users from various countries who doubted the version, then unappealable, that the virus had emerged in a Wuhan market. A year later, the work of this spontaneous group of detectives has contributed to open an investigation into the possible accidental leakage of the virus from a laboratory in the Chinese city. The WHO continues to bet on the natural origin of the pandemic, but its findings open new questions about how we consume information, conspiracy theories and multidisciplinary network work.

Based on Twitter threads and closed conversations in direct message chats, Ribera and his fellow investigators organized themselves into an elastic group that they called Drastic (Radical, Autonomous and Decentralized Research Team on covid 19). They do not know each other personally and their relationship these months has focused on sharing findings of hidden documents and reflecting openly, without anyone paying much attention to them. They have not left that platform and their job has been to collect, translate and interpret tracks scattered throughout the Chinese internet. “We also chose Twitter for dismissal. On Facebook and Reddit, messages that questioned the origin were censored. On Twitter too, but less, ”says Ribera in conversation with EL PAÍS. They did not switch to a messaging platform because some wanted to remain anonymous.

Their work has led the authors to add a addendum on Nature and has led 10 international media teams (BBC, AP, Asahi or Wall Street Journal) to undertake clandestine expeditions to a rudimentary hidden mine in southern China that could shed light on the origin of this coronavirus. “A small group of academics and internet detectives have been working together for months, using the networks to find and publish evidence of the activities of the Wuhan Institute of Virology, especially in relation to the mine,” says the report from the Wall Street Journal May 24. Ribera has signed three letters with a small group of prominent scholars in the New York Times, Wall Street Journal Y The world to ask for more transparency about the origin of the pandemic.

The Chinese government has prevented all reporters from reaching or taking pictures of the place. In April 2012, six miners entered to clean up bat droppings. All fell ill and three died without a definitive diagnosis. His clinical picture was very similar to that of those affected by covid, but they were not contagious. “I was impressed at first by the images on TV of hospitals full of sick people and the number of victims,” ​​says Rossana Segreto, an Italian microbiologist at the University of Innsbruck (Austria) and also a member of Drastic. “Above all, I was impressed by the idea that a virus new to humans could be so powerful,” he adds by direct message from Twitter.

Segreto found that the virus that China called RaTG13 in Nature In February 2020, it had already been baptized with another name (BtCo4491) by the Wuhan Virological Institute. He believes that the discovery of that chain is Drastic’s greatest contribution to the research: “Yes, the relationship between RaTG13, BtCo4491 and miners’ pneumonia and the sequencing of RaTG13, which had not been done after the start of the pandemic, as published Nature 2020, if not before 2018 [como acabaron confirmando los propios autores en Nature en un addendum]″.

There are new images from 2011 in Google Earth that I did not see a few months ago. There was an active area with buildings -now abandoned- only accessible by dirt road from Danaoshan at 1.4 km pic.twitter.com/sqVSzudnK6

Details about the mine and the miners’ pneumonia come from a thesis and other academic text found in a Chinese repository by an anonymous Twitter user called The Seeker. “I started researching more than a year ago and I don’t know how to say it, but the more I looked, the more I felt that I should keep looking, the more questions that arose, the more important the answers,” he explains by direct message from Twitter to EL PAÍS. The Seeker has been identified as a young man in his early twenties living in East India, self-taught and whose career has mixed architecture, painting and film.

In those documents were the coordinates for Danaoshan, the village in southern China that is next to the mine. In September, after analyzing Google Earth photos of the surroundings, Ribera came to look at images from previous years, which Google keeps. There, in the middle of the green, in 2011 and 2015 there were some small buildings next to a warehouse. It could be the entrance: “I was the first to suggest the exact location of the mine, but it is a shared success,” says Ribera. “It was after The Seeker found the coordinates of the town. And that later, with the help of others from Drastic and other anonymous ones, we have been able to confirm it ”, he adds.

The Twitter accounts of Ribera and his adventure colleagues are a very long public conversation where notes, findings and speculations are mixed. “Technology has made this whole story possible,” says Yuri Deigin, a Russian-Canadian businessman and author of a long essay in April 2020 about the possibility of an accident in the Wuhan laboratory. “Search engines, public databases, including free access to scientific articles, was key. And social networks as a means of open exchange of ideas was also very useful, ”says Deigin also on Twitter.

All under the shadow of developing a conspiracy theory, which was the consideration that doubting the origin received a year ago. “I have learned to be on the conspiratorial side, when I told it they called us crazy,” says Ribera. “I do not care. The best thing is to go to your ball because nobody understands anything, you have to learn which battles to enter and prioritize which tests to take. When the truth is on the conspiratorial side, you have to be very skeptical because you are surrounded by many real conspiranoies, “he adds.

The evidence-based articles found by Drastic have been published since July 2020, when the Times London published a long report on the theses and the mine. But it has been this year when a persistent trickle has caused the extension of doubts: the WHO expedition to Wuhan that did not provide definitive evidence on the Chinese version, the three letters that another handful of academics called by the New York Times Paris group (and where there is six members from Drastic, including Ribera and Segreto, as well as a Bank of New Zealand data scientist, Gilles Demaneuf; an emeritus professor from the University of Leuven, André Goffinet and researcher Monali Rahalkar, from the Agharkar Institute in India), a very long Article of the former reporter of New York Times Nicholas Wade, President Biden’s doubts and the revelation of three possible patients from the Wuhan Institute in November by the Wall Street Journal.

None of this of course confirms anything. But today the voices that ask for more transparency are impossible to ignore, although that perhaps China will never give in to those pressures. “A problem for the international community and journalists is that they believed that the origin was going to be solved by means of an article in a scientific magazine. People hope that the origin of the coronavirus will emerge one day in Nature. And it will come out. But the solution will not come from there alone, ”says Ribera. “People forget that China is a dictatorship, and that it is legitimate to doubt what they say because they have already deceived us,” says Ribera.

The multidisciplinarity of the team has been one of the keys, according to Ribera, both in Drastic and in the Paris group. “There are people who know about virology, genetics, microbiology, molecular biology, epidemiology, medicine, pathology, zoology, biophysics, public health, bioinformatics, sociology, biosafety or data analysis. People believe that this is only up to virologists and no one else can speak. And no, ”he says.

“I prefer not to calculate the hours I have dedicated to this topic,” explains Ribera. Another anonymous member of the group, who uses the pseudonym Billy Bostickson and an avatar of an injured monkey, did so and it was worth an investment of $ 40,000 at 20 an hour. And it was just July of last year. The meticulousness required for this job requires a lot of patience: “Maybe the secret services should be doing it,” says Ribera.

Ribera’s profile was made for such a challenge. “I have worked as a technology consultant for many years, but my thing has always been the numbers,” he says. It has several Excel pages with thousands of records for virus sequences, first patients, or trips to China by researchers from the Institute. “I see it as a great sudoku game,” he says. “My main added value is searching, structuring and doing plumbing and data archeology. It happens a lot to scientists, who before starting with their model have not understood the data and its biases well ”, he adds. His parsimony helped him polish the Chinese pdf files for Google Translate or DeepL to translate. In all this process they have only had one Chinese speaker, especially to investigate the past of the mine.