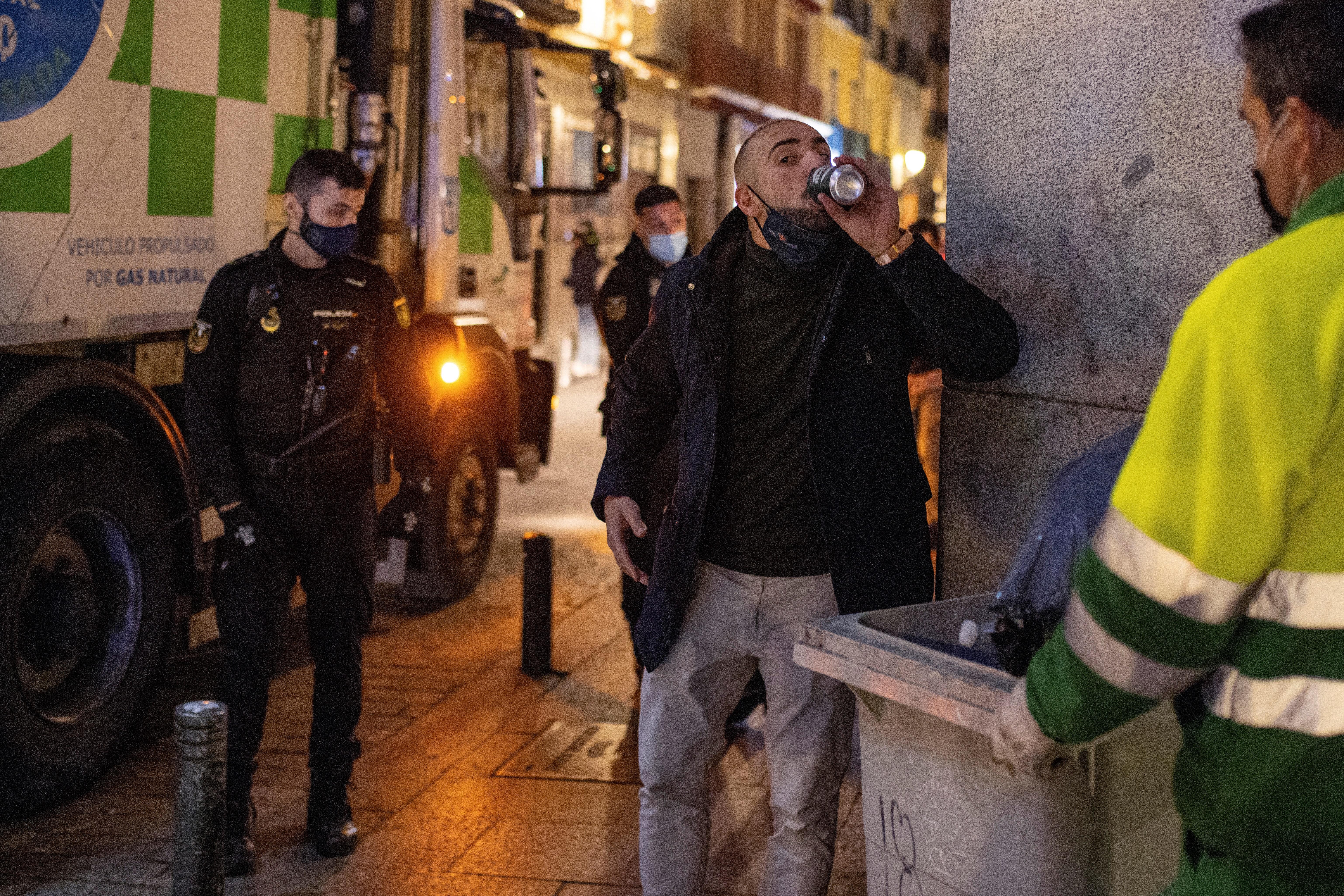 Easter holidays, good weather, the exhaustion after more than a year of pandemic, the promotion and speech by the Government of Isabel Díaz Ayuso about going to bars and restaurants, tourists … The battering of circumstances in the face of this This week, a holiday for thousands of citizens, collides with the epidemiological situation in Madrid, which halted the good rate of decline that it maintained two weeks ago and has faced a slow rise in new infections, hospitalizations and ICU admissions since last. It is already close to the extreme risk threshold in cumulative incidence (250 cases per 100,000 inhabitants in the last 14 days), according to the semaphore of the Ministry of Health.

On Friday, the Deputy Minister of Public Health Antonio Zapatero reported that the Community was not going to take further measures for the next few days and asked citizens to behave “in a responsible and safe manner.” That same afternoon, the Public Health Commission formed by the Ministry of Health and the autonomies decided to toughen the measures against the covid to put a stop to the upward curve that already reflects not only Madrid but other autonomies such as Catalonia, Navarra or the Canary Islands; Among them, the recommendation to close the interior of the bars in the territories that are at the high risk threshold according to the traffic light approved last autumn: having a cumulative incidence of more than 150.

Madrid, also contrary to the closure of the CCAA active from this March 26 and in force until April 9, was positioned against these greater restrictions and despite the fact that Zapatero 15 days ago assured that they were aware that, both the bridge of San José like Holy Week, they were going to cause “a rebound.” This Monday morning, in statements to Telecinco, the Minister of Health Enrique Ruiz Escudero, has insisted that Madrid will not impose the measures out of that agreement, that in the hotel industry there is a “very small” percentage of infections and has requested “transparency” to the Ministry to explain how it knows that the interior of the bars is a source of contagion.

For several months, the Community repeats that 80% of infections occur in homes. However, according to the latest report on the main indicators for monitoring covid from the Ministry, the traceability of Madrid is 56.2%, that is, the origin of only half of the new infections is known in the region. And last week, the weekly epidemiological bulletin of the General Directorate of Public Health, reflected that the first area where the outbreaks were taking place was social, with 20 active and 94 associated cases, followed by work, with 17 and 85, respectively .

Currently, Madrid maintains the hospitality industry with the closure of the activity in the bar, a maximum of four people inside and six on the terrace, the compulsory mechanical or manual ventilation by the establishments and that of the mask except when consume for customers. Ruiz Escudero, in that television station, has repeated the request to the population that Zapatero made a few days ago: responsibility when complying with the rules.

“The vast majority of the population does,” the deputy councilor said on Friday. On the contrary, there is a minority that does not. Since that day, the Municipal Police of Madrid has intervened 353 parties or illegal meetings in homes – 81 on Friday, 150 on Saturday and 122 on Sunday. “In some of them there were more people than allowed and no masks or other security measures were used,” explains a spokesman. “The most prominent interventions were on Friday night in a home in which there were 28 people, all of them breaching the restriction of movement at night, not wearing a mask and not maintaining a safety distance,” he adds.

On Saturday night they evicted a place in the Moncloa-Aravaca district with 140 people who did not comply with sanitary measures, and entered a restaurant in the Chamberí district. “Some young people who were celebrating a party and when they noticed the police presence hid between tables and in a closed office to avoid being identified by the Municipal Police,” says the same spokesman. In addition, this weekend they imposed 459 complaints for not wearing a mask in public places, 389 for alcohol consumption on public roads and almost 1,100 for wandering without justification during restricted night hours.

The rebound in the healthcare system

Meanwhile, the health system lives another reality. That of a relief that does not finish coming. The last week of January the weekly peak of hospitalizations was reached, there were then 3,659 new admissions. From there, the trend was uninterrupted downward until this past week, which has risen again: 1,284 new patients have needed a hospital bed. The global, which reached its maximum on February 1 and has since fallen, began to oscillate in mid-March with a balance maintained by the highs and is already above 1,600.

The ICUs, the units that most influence the care capacity of hospitals, have not managed to drop below 400 critics at any time since the decline began after the peak, on February 7 with 732, according to daily data published by the Madrid Intensive Medicine Society. This Sunday, with figures from that society, there were 430 seriously ill patients, which represents 91.8% of their structural capacity, and they have been on the rise for four days.

It is the number of deaths, the blackest of this pandemic, the only one that continues to maintain the decline, it has done so continuously since the end of January, when 462 deaths were registered in Madrid hospitals. This past week there were 117 people, a figure that for many health professionals is still unaffordable. Since the pandemic began, 23,094 citizens have died of covid or suspected infection in the community.