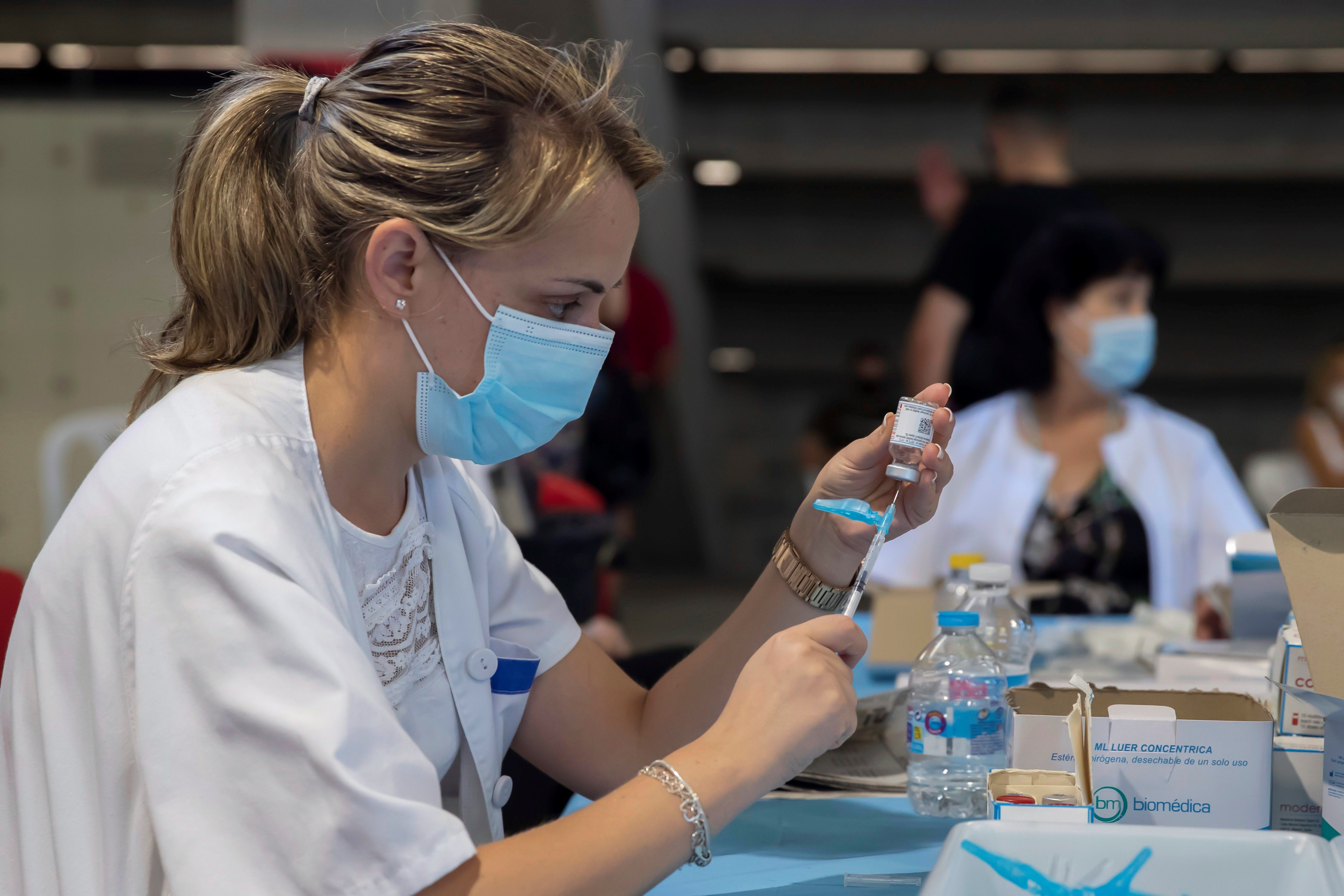 The European Medicines Agency (EMA) approved this Friday the use of Moderna’s coronavirus vaccine in adolescents aged 12 to 17 years. “The Committee for Medicinal Products for Human Use has recommended granting an extension to the Spikevax vaccine [nuevo nombre comercial de este suero] to include its use ”in this new age group, the regulatory body has reported in a statement. Moderna’s is the second licensed vaccine for minors, after the EMA approved at the end of May the use of Comirnaty for adolescents aged 12 to 15 years, the one developed by Pfizer-BioNTech. Both drugs use novel messenger RNA technology.

The approval comes at a time when countries like Spain are beginning to focus on vaccination of increasingly younger age groups, including adolescents, given the explosion of cases recorded during the fifth wave of the pandemic.

The Spanish vaccination strategy includes underage adolescents in the 12-19 age group, made up of almost four million people. Of these, more than 210,000 have received the first dose and 53,000 have completed the regimen, although practically all of these are young people with basic health problems that make them more vulnerable to SARS-CoV-2 and whose vaccination has been prioritized . The bulk of the immunization of this age group will foreseeably start in September, coinciding with the beginning of the school year.

The decision of the United Kingdom not to vaccinate adolescents, adopted in recent days, has reopened the debate on the need to immunize an age group in which the infection is almost always asymptomatic or with very mild clinical pictures in healthy people .

Spain and practically all the countries of continental Europe plan to vaccinate them for two reasons. The first is that, although the risks are very low, if the number of cases grows exponentially as it has done in recent weeks, there will always be young people who develop serious symptoms and may eventually die. The second is that by vaccinating this group, it is possible to reduce the global circulation of the virus, which also protects other more vulnerable population groups and reduces the probability that new, more dangerous variants will emerge.

On the other side of the scale are the possible side effects that a small portion of adolescents will suffer from being vaccinated. Although practically all of them will be very mild and of short duration (fever, muscle aches, fatigue …), there have also been rare but serious cases of myocarditis and pericarditis. The British Government has therefore decided to follow the recommendations of a report by the Joint Committee on Vaccination and Immunization (JCVI) which concludes that “the benefits of universal vaccination in children and young people under 18 years of age do not exceed the potential risks ”.