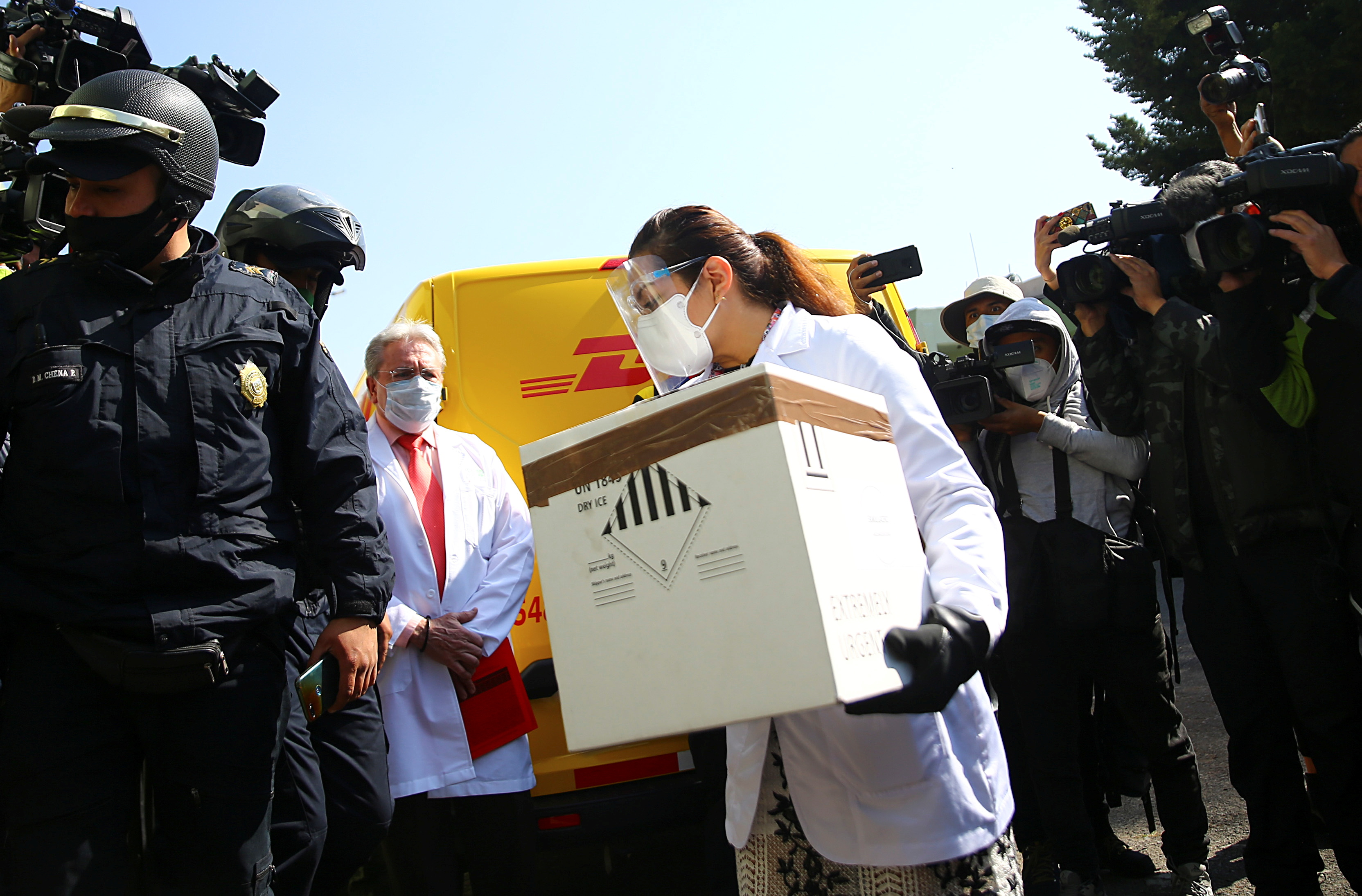 Foreign Minister Marcelo Ebrard interrupted the Mexican president’s morning conference on Tuesday to deliver “good news”, as Andrés Manuel López Obrador has described it: the first Pfizer vaccines, 1.4 million doses, have already shipped in Belgium and They will arrive starting this Wednesday. The delivery of this first batch will be completed next January. The rest remain uncertainties for now. When the immunization will begin, between whom, when the first targets will conclude, even when the next shipments will arrive, although Ebrard has said that they will happen every Tuesday from now on. This terrain of few certainties is what can be expected, according to the experts, since most governments are in the hands of pharmaceutical companies, which can turn their business from one day to the next if they blow airs of a juicier business. And the European market, for example, is. The whole world is waiting for their doses.

The Pfizer thing is almost a pilot experiment that tests the ability of countries to receive and distribute the vaccine. The first thing will be to demonstrate that the necessary freezing conditions are in place, something that Mexico has already done, since the vaccine is flying, albeit behind schedule. Coahuila counted on starting immunizations on Tuesday. But, except for the producing countries, the majority lost or never had their own production, something that now would have provided them with sufficient infrastructure to face this challenge.

Ebrard explained that 1.4 million doses will arrive in this first batch. They will arrive in their conservation boxes that guarantee about 10 days in good condition even in full sun, says Mauricio Rodríguez Álvarez, professor from the Department of Microbiology at UNAM. But those 10 days do not give much in the Mexican macro-figures, where only the health personnel reaches almost one million people. Of the 36 million doses for the influenza vaccination campaign, only 60% have been used and they have been with the program for two and a half months.

The vaccine box, which has its GPS and its rigorous temperature records, is just a complex device for transport. But they will have to be stored cold to gradually vaccinate the population, health personnel, people at risk, perhaps teachers, as suggested by President López Obrador this week. This would require a legion of collaborators and supplies. “Syringes, alcohol and swabs will run out, just like face masks did in their day,” predicts Rodríguez Álvarez. The scientist welcomes that the vaccination project is started by the Mexican Army, due to the great fragmentation of the health system in various health institutions, “which would prevent coordinated logistics.” Rodríguez Álvarez believes that this first round of immunization could take up to four months. He believes that now is not the time to stop at whether the plane arrives a day later or sooner, extremes, he says, that fall on the side of politics exclusively. “What you have to be aware of is that the material that will arrive is used well, that people do not reject the immunization and that the planned schedules are completed,” he adds.

One vaccine for various strains

In the race against time that all the countries of the world are contesting these days to get their vaccine, Pfizer is only a first step, but the media noise is already doing its job, like the images of President Biden injecting his dose on Monday. “This vaccine will be very urban, it will not reach everywhere, yes, Biden appears and other scientists and politicians around the world will follow him, they will make the front pages, but it will be difficult for it to reach remote areas for now, not even hospitals in small populations” , continues Rodríguez Álvarez. Rather, he believes that it will be more feasible to transport many people to receive their dose, for example among health personnel.

The vaccine arrives when the whole world is shaken by the new strains announced with boasting of prophylactic measures in the United Kingdom, but they are not the first mutations, far from it. “The virus has already accumulated one hundred and more variants in these months of pandemic. This is how viruses are ”, illustrates Rodríguez Álvarez. And he believes that the alarm of the United Kingdom responds to political circumstances rather than to the scientific serenity that should prevail. “They knew him since September.” Either way, will this feverishly designed and manufactured vaccine work? “It will do,” says the scientist. “85% of the virus does not change” and the different variants are in many cases what is known as the founder effect. The strain that reached Europe was only one of those in China and the one that became strong in Mexico was the one that came from Europe. This is how the founder effect: They are not more powerful or more deadly, they only have the advantage of having arrived first.

Mexico is tackling three strategies in parallel. The first is his commitment to the Covax project, sponsored by the WHO, a solidarity plan so that no one is left behind. The country also maintains direct communication with the producers. In addition, there are support for national production and agreements co-financed with pharmaceutical companies. The Government has opened the doors for clinical studies to be carried out among the population called to facilitate final access to vaccines and their own developments in universities and other scientific institutions. According to Rodríguez Álvarez, the effort is not small, despite the fact that the country is paying for the weight loss that national laboratories once had in the manufacture of vaccines, which very few countries keep today. The enormous logistics that must be implemented will continue to leave uncertainties in a population eager to know.