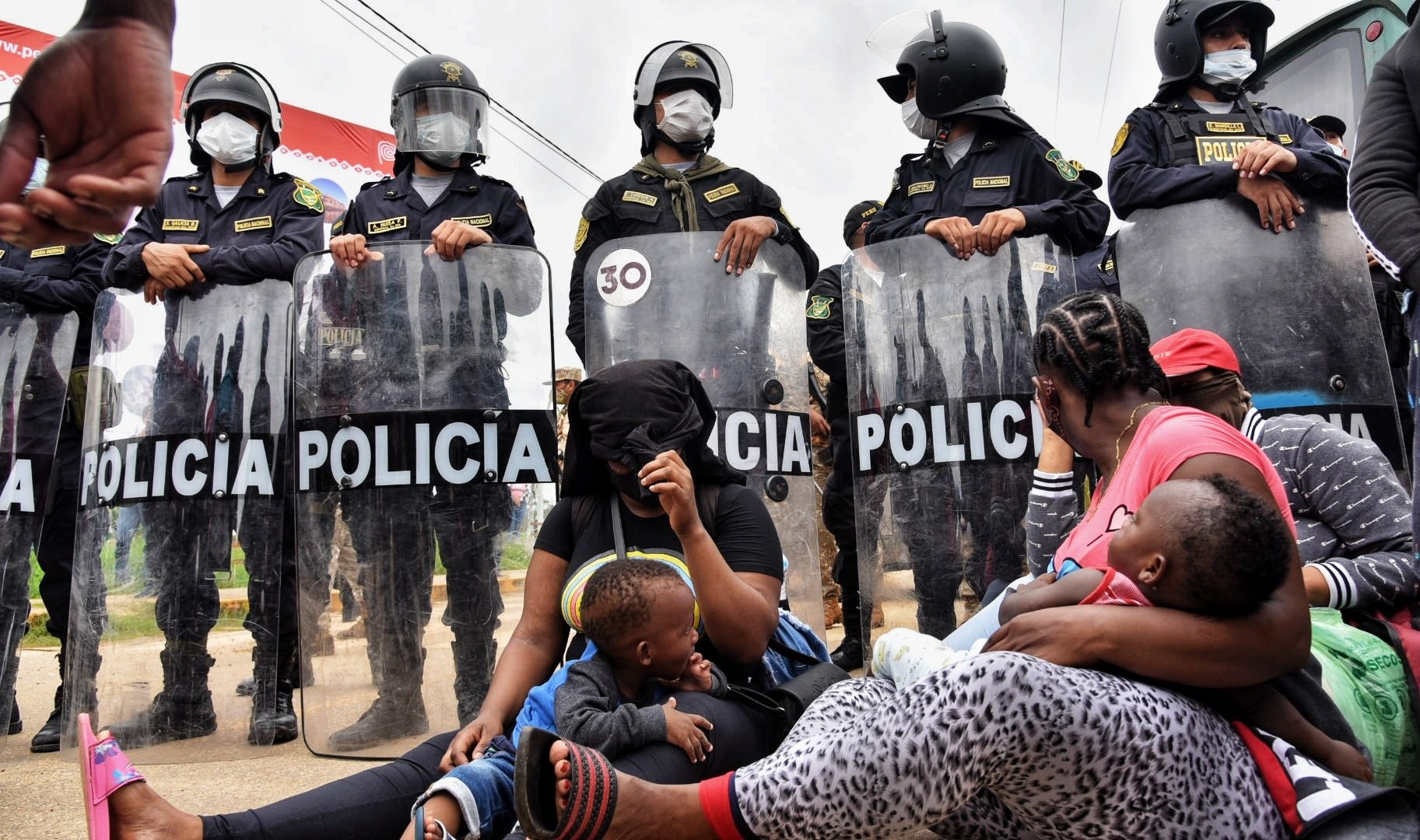 More than 400 people displaced by unemployment, fear of the Brazilian variant of covid and dengue have been stranded on the Amazon border between Peru and Brazil for almost a week. The migrants – mostly Haitians, although there are also nationals of Burkina Faso, Senegal, Bangladesh, India and Pakistan – sought to leave Brazil through the border with Peru at the International Bridge of Friendship, which links both countries, but the The Peruvian army and police have received them with blows and shoves.

The displaced are waiting in the Brazilian municipality of Assis, the last town in the state of Acre on the Brazilian side of the border. The apostolic vicar of Puerto Maldonado, the city that serves as a gateway to the Amazon rainforest in southern Peru, has asked the authorities of both countries for a solution to the crisis experienced by the displaced. On Thursday, Brazil responded by sending military forces to take over border control for 60 days.

This Friday, the Director General of Migration of Guatemala, Guillermo Díaz, told the press that he has information that Haitian migrants could arrive through Peru to his country or Panama to the United States. “Unofficial information has been obtained, so the region’s immigration authorities are preparing to attend to them,” he declared.

The local media in both countries report that the displaced intend to travel to Tumbes, in northern Peru, to reach Ecuador, and from there to other countries. On Tuesday, a statement from the Peruvian Interior and Defense Ministries said it expelled 450 immigrants and that they will continue to monitor the border. “They are wanting to leave to make their route to Panama or different destinations, some want to return to Haiti,” said Monsignor Martínez de Aguirre, vicar of Puerto Maldonado.

Women and children were among the most affected by the repression of the forces of order in the Peruvian district of Iñapari. The injured were treated by Peruvian health personnel, who also took covid-19 diagnostic tests. Three who tested positive were expelled to the Brazilian side, and Luis Hidalgo, the governor of the Department [Estado] from Madre de Dios, in southeastern Peru, has requested the shipment of 400 diagnostic tests, according to local radio.

“It is a complex problem, the foreign citizens who wanted to enter, the vast majority Haitians, have been withdrawn to the border with Brazil. I have met with the governor of Acre: he is going to travel to Brasilia and he is going to request resources for them, ”Governor Hidalgo reported on an Amazon radio station. “This is going to get worse, citizens of São Paulo, Mato Grosso and Rondonia will arrive,” he added.

The religious authority of Puerto Maldonado coincides with the position of the governor. “This social crisis and this agglomeration of people is being generated because the borders are closed [debido a la pandemia]. We know that there are 380 people, but they report that more people are coming from the interior ”, said Martínez de Aguirre in an interview with Vatican News.

They ask for tripartite dialogue

Monsignor Martínez de Aguirre called on the Peruvian Foreign Ministry to contact the authorities of Ecuador and Brazil or to set up a dialogue table. “Solutions can be studied with molecular tests (PCR) avoiding contagion, which is the main fear: that they may bring the Brazilian variant of the covid that is putting the region in check,” he said.

The priest warned of the presence of coyotes, and the Brazilian press reported the arrest of one of these at the border crossing this week. “We know of the existence of mafias, they intercept them on the roads. Crossing the Acre River without the control of the authorities is relatively easy: what we fear is that this population is going to make its way without the proper support and control of the authorities and this could generate major problems ”, says the Apostolic Vicar. “They want to leave Peru: they don’t even want Peruvian food aid or blankets. The only thing they want is the means of transportation or to let them pay for transportation to get to their destinations ”, clarified the priest.

According to the National Death Service in Peru, more than 100,425 people have died from covid-19 and according to the Ministry of Health, as of Tuesday more than 1,200,000 people had been infected. This is the second time that a group of foreign migrants has been confronted by Peruvian law enforcement at a border crossing. At the end of January, Army soldiers opened fire on displaced Venezuelans who entered from Ecuador through Tumbes.