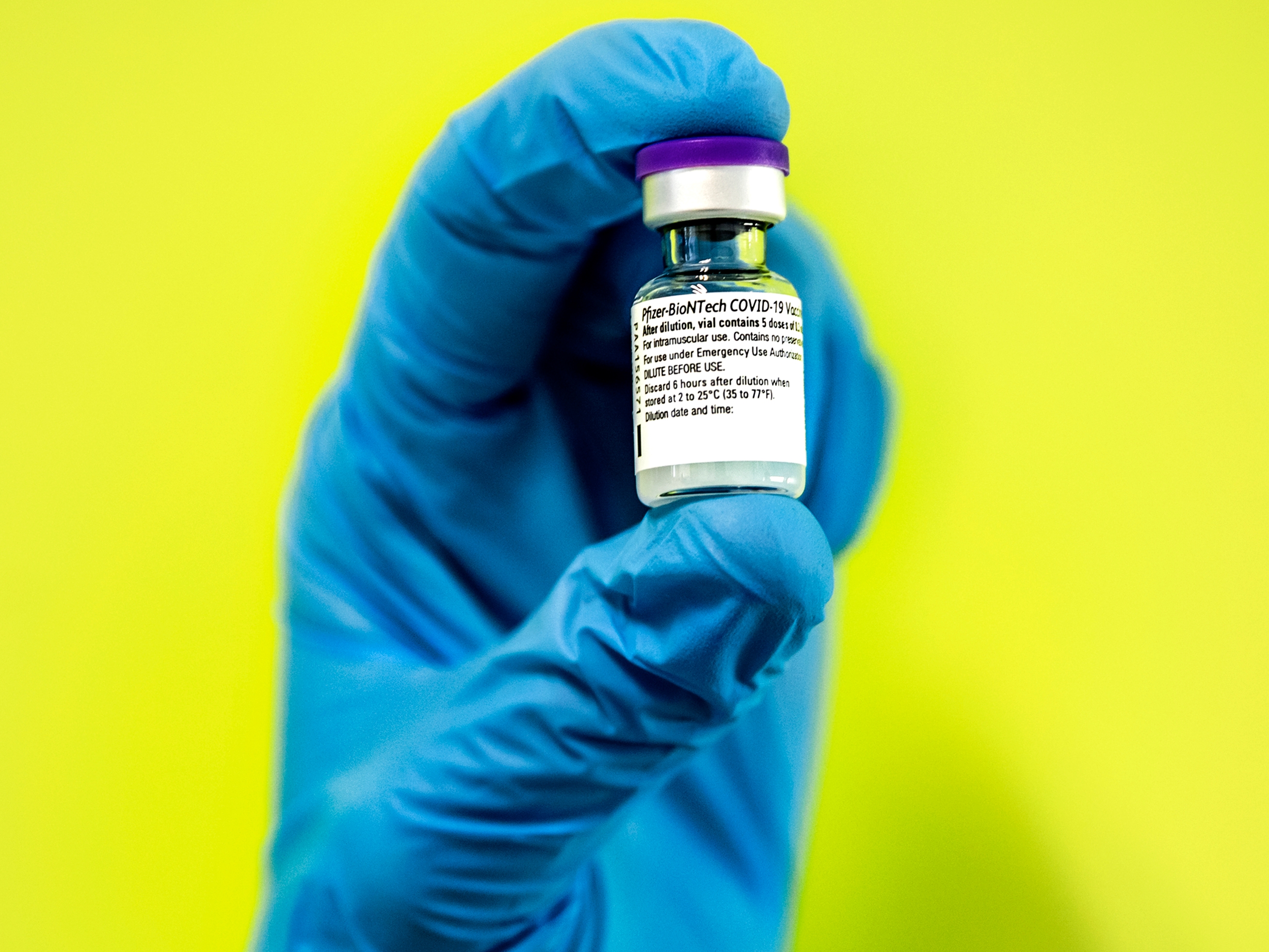 The world continues the race to protect itself from covid-19. The development of the vaccine was astonishingly fast, but its administration is also being a milestone: in just three months, 596 million doses have been administered worldwide, 7.7 per 100 people. In Israel, one of the countries with the largest vaccinated population, that number rises to 116 per 100 people. In most of the EU – including Spain and Italy – that rate is 17 doses. At least 2% of the world’s population has been immunized.

The rate of vaccination, however, is very uneven by country. In Israel, 55% of the population is already vaccinated with two doses, and the list is followed by countries such as Chile (18%), the United States (16%) or the United Kingdom – the latter with a strategy first doses first-, who have administered more than 40 doses per 100 people. Spain appears in a second group, with about 6% of its population fully vaccinated, such as Denmark, Iceland, Greece, Italy or Germany and the main European countries. In the European Union, where Pfizer-BioNTech and AstraZeneca dominate the market, 5.7% of the population is already immunized and 13.5% have received at least one dose.

In the rest of the countries, which are the majority, vaccination has barely begun or they do not offer data. In the table you can consult the situation in each one.

In Spain and Europe, vaccination has been accelerating since January, although not at the expected rate. As the following graph shows, the doses administered weekly have always been far from the figures in two reference countries, such as the United Kingdom and the United States: there have been more than 5,000 daily doses administered per million inhabitants for weeks and now they are around 8,000. In Spain, only 2,000 per day were reached at the end of February and the record was broken this week with 4,000 per million.

What is holding back vaccination is the availability of vaccines from the European Union. That is why most countries in the region have similar rhythms: they are administering all the vaccines that reach them (in Spain, 90%, which is one of the highest figures). The pace has been similar to that of France, Italy or Germany, for example, and faster than that of lagging European countries, such as Latvia or Bulgaria.

The trend is now positive. Last week there was a sudden stop because the vaccination with AstraZeneca was stopped, but this week the rate has picked up again and has ended with double the doses administered. The question now is to know if this acceleration will be sustained, if more doses arrive, or if the acceleration was only possible because doses of AstraZeneca had accumulated that were left unplaced.

The rhythm in Latin America

In Latin America, the case of Chile stands out, which is administering four or five times more daily doses than neighboring countries and has already fully immunized 18% of its population. This country soon acquired 60 million doses of Coronavac, the vaccine developed by the Chinese laboratory Sinovac, to begin immunizing its health personnel. His strategy calls for vaccinating all adults before the end of June.

In the rest of the continent, AstraZeneca and Pfizer dominate, although other countries have also made purchases of vaccines of Chinese and Russian origin. Argentina opted from the beginning for the Russian Sputnik V, like Mexico, which has recently acquired around 24 million doses of this vaccine. However, as can be seen in the graph and with the exception of Chile, the rate of vaccination advances slower than in Europe.

If the first great goal of vaccination was to protect the elderly in nursing homes, the second is to reach the elderly population. This group is the most vulnerable and its vaccination is a priority: in Spain 65% of all deaths from covid-19 have been people over 80 years old, according to data from the Carlos III Health Institute. For months Spain has been one of the few countries in the European Union that did not publish national figures on the rate of vaccination by age, but it did so for the first time this Wednesday.

According to the new data, in Spain 71% of those over 80 have been vaccinated with at least one dose. That means failing to meet the goal of vaccinating 80% in March, which has been reiterated by the Minister of Health, Carolina Darias, but also places Spain above the average in the European Union, which according to the European Center for Disease Control and Prevention (ECDC) is around 60%. Most people of that age already have some immunity and will be immunized in a few weeks.

The same does not happen with those over 70, something that stands out when comparing by country. Spain stands out because it has vaccinated the 80-year-old group and those under 50 years of age, but not so much people between 60 and 79. In vaccinating the oldest, we rank ten; and in the 25-49 group we are the third with the highest percentage of immunized population (10%). However, we are the country on the entire list that has the least vaccinated septuagenarians. Only 3.8% of people aged 70 to 79 have received a dose, which is not even a tenth of that in Finland (48%) or France (40%). This age group is the next in danger. One in every five deaths from covid-19 in Spain has been in people aged 70 or over.