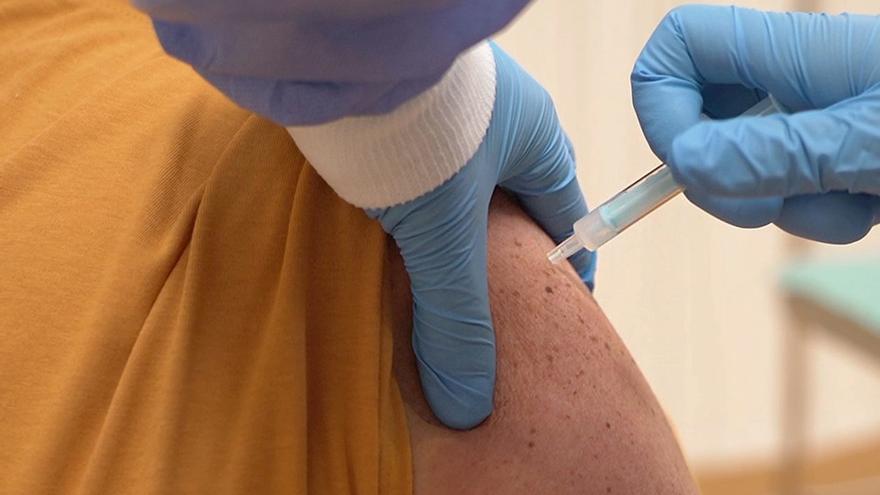 The COVID transmission curve continues to decline at the end of a week in which 60% of the population would have been reached with the complete guideline (59.5% on Friday) and in which the fifth wave continues to pressure the ucis, mainly those of Catalonia, with 14 days in a row above 500 patients.

In the last hours, Catalonia adds 17 new deaths and another 1,567 infections; ICU admissions have risen to 598 patients, 19 more than the previous day, and hospitalized people have also increased by 25, accounting for 1,938.

However, according to the Department of Health of the Generalitat, the indicators for this Sunday confirm that the virus is slowing its spread, having decreased the transmission speed slightly to stand at 0.72, compared to 0.73 yesterday, while the risk of re-outbreak has decreased by 40 points, up to 450.

For its part, Madrid’s community has notified 1,027 new cases this Sunday (compared to 3,322 reported this Saturday and 1,594 a week ago), and 12 deaths in hospitals, six less than yesterday, while hospital pressure has risen in the last 24 hours.

So, this Sunday there is 1,453 people admitted Compared to 1,379 yesterday, Saturday, this last identical number of admitted to that of last Sunday. In the case of ICUs, today they have 319 patients, more than the 302 of yesterday Saturday and the 247 of a week ago.

In Baleares, which has, together with Catalonia and Madrid, the pressure in the ucis above the national average level (20.8% according to Health data from last Friday), the occupation of intensive care units remains at 24.3%, with 83 patients admitted, the same as on Saturday.

According to the Ministry of Health, the incidence figures for this Sunday show a continuous reduction in infections, 409 cases in the last 24 hours, a far cry from the worrying figures in July, when records were reached since the start of the pandemic of more than 800 new infections a day.

A situation similar to that of Canary Islands, where 478 new positives have been diagnosed, the lowest number since July 11 (409), after eight consecutive days of decline, although there have also been five deaths.

In Galicia the total number of infected is 17,289 (453 less than a day before), of which 55 are admitted to intensive care in the ucis, one more than on Saturday. It has reduced the number of people with active coronavirus infection by 453. There are 261 more covid-19 patients in isolated rooms, six more than the day before.

For its part, Cantabria has reported 83 new infections, a hundred less than in the last count, with decreases in the accumulated incidence, positivity and patients in ICU, although the number of people hospitalized rises slightly, which continues to remain above a hundred, without adding the region new deaths.

The Cantabrian Ministry of Health has reported that it has reached a 70.2% percent of its population with an administered dose and 60.1% with the complete pattern.

While the immunization campaign progresses, the president of Cantabria, Miguel Ángel Revilla, has asked young people to wait a month or a month and a half to be vaccinated because they have “a very long life ahead of them.”

Today he has also provided data on the vaccination process Andalusia, which ensures that 60.9% of the target population, which according to the criteria of the Ministry of Health has dropped to 12 years, has received the complete schedule of the coronavirus vaccine, and 71.3% have at least a dose.

The community of Castile and Leon adds five deaths in hospitals due to covid, the same figure as last Sunday and four less than yesterday Saturday, and has accounted for 432 new cases of coronavirus, which represents 240 less than seven days ago and 436 less than the previous day.

Although the positivity rate remains above 11% in the Basque Country, In the last hours the new infections have decreased, going from 879 to 811. Regarding the hospitals, 35 people entered the plant and in the ucis there was a serious patient with covid less than on Friday, to a total of 66.

The Rioja has reported this Sunday a decrease of 119 active cases of covid-19, the most important drop in recent days, with which there are 1,512 people with coronavirus in the community at the moment.