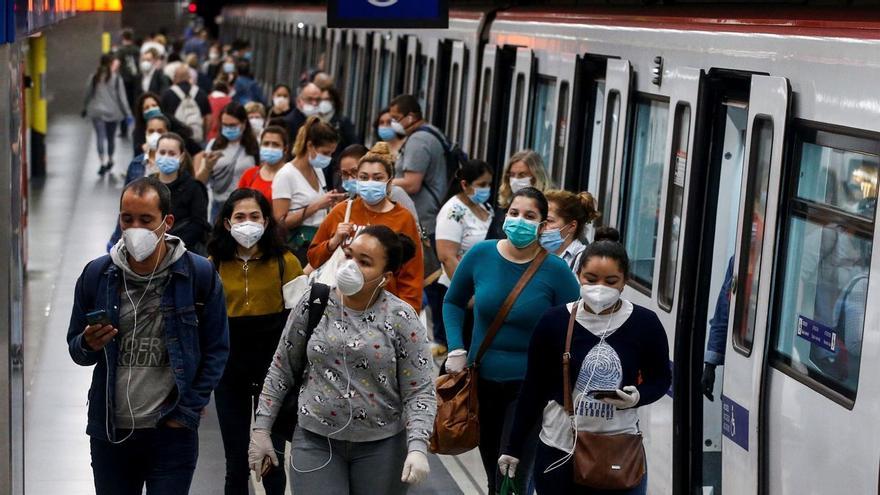 Covid-19 is, most likely, a seasonal infection associated with low temperature and humidity. In other words, it is to be expected that their behavior will end up being very similar to the gripe, which has its peaks in winter and then practically disappears during the rest of the year.

This is collected by a study led by the Institute for Global Health (ISGlobal), center promoted by the La Caixa Foundation, the results of which have been published in ‘Nature Computational Science’. The researchers also note the considerable contribution of the aerosol transmission (that is, by airborne particles) and the need to adopt measures that promote the “air hygiene”.

Until now, the covid-19 has not behaved seasonally: in this last year and a half, there have been five epidemic waves. Experts do not rule out that there are more, although each time the peaks will be lower thanks to the vaccination. What the ISGlobal researchers put on the table is that, once they have increased even more immunization rates of the general population, the coronavirus becomes seasonal.

“The virus replicates better with low temperatures. We also know that the aerosol route is favored in low temperatures or humidities, “he explains to this newspaper. Alejandro Fontal, ISGlobal researcher and first author of the study. “We are not saying that the virus will have a seasonal behavior fixed forever, Rather, its transmission capacity follows a seasonal pattern, as we have found temperature or humidity correlations in the key moments of rise or fall of the epidemic peaks, “he adds.

However, the last of the waves, the fifth, took place in summer. “Yes. What we say is that the transmission capacity is reduced or increased by the weather, but that this is not enough to generate a wave by itself or to stop it “, Fontal responds. He points out that, in summer, there were also other factors, such as the massive concentrations of young people, tourism and the air conditioning of closed spaces, which increased infections.

Knowing whether or not the coronavirus will be seasonal, like the flu, is a key question. “The question of whether covid-19 is a truly seasonal disease is becoming increasingly important, with implications for the implementation of effective interventions “, points out Xavier Rodó, director of the ISGlobal Climate and Health program and coordinator of the study.

Second, the team analyzed the evolution of this association between climate and disease over time, and if it was consistent at different geographic scales. Again, they found a strong negative association for small time windows between number of cases and climate (temperature and humidity), with consistent patterns during the first, second and third waves of the pandemic and at different spatial scales.

A virus that will be “endemic”

“What do we believe? That once there is a generalized immunity towards these variants of coronavirus and it will stay endemically, it would follow seasonal patterns like those of the flu, given its preference due to the lower temperatures “, Fontal emphasizes.

The ISGlobal study also shows that incorporating temperature into the transmission rate worked better for predict the rise and fall of different waves, particularly the first and third in Europe. “The set of our results supports the idea that covid-19 is a truly seasonal infection, similar to the gripe and the others coronavirus from the common cold “, says Rodó.

However, as Fontal points out, “social contacts [la interacción social] they will always have much more weight than meteorology “, although the latter is a “factor that also affects”. “Both peaks and drops in general have been associated with these drops in temperature. If the fifth wave had been in winter, it would have been much stronger”, Add.

This seasonality could contribute significantly to the transmission of the coronavirus, since low humidity conditions reduce the size of aerosols and therefore increase airborne transmission of seasonal viruses like the flu. Thus, ISGlobal researchers emphasize, it is necessary to emphasize the “air hygiene”, in the words of Rodó, through better ventilation of interior spacesas the aerosols can remain suspended for a longer time.

“Message to governments: if you are going to prediction models risk of new outbreaks, take into account the variables meterológicas: temperature and humidity “, concludes Fontal.