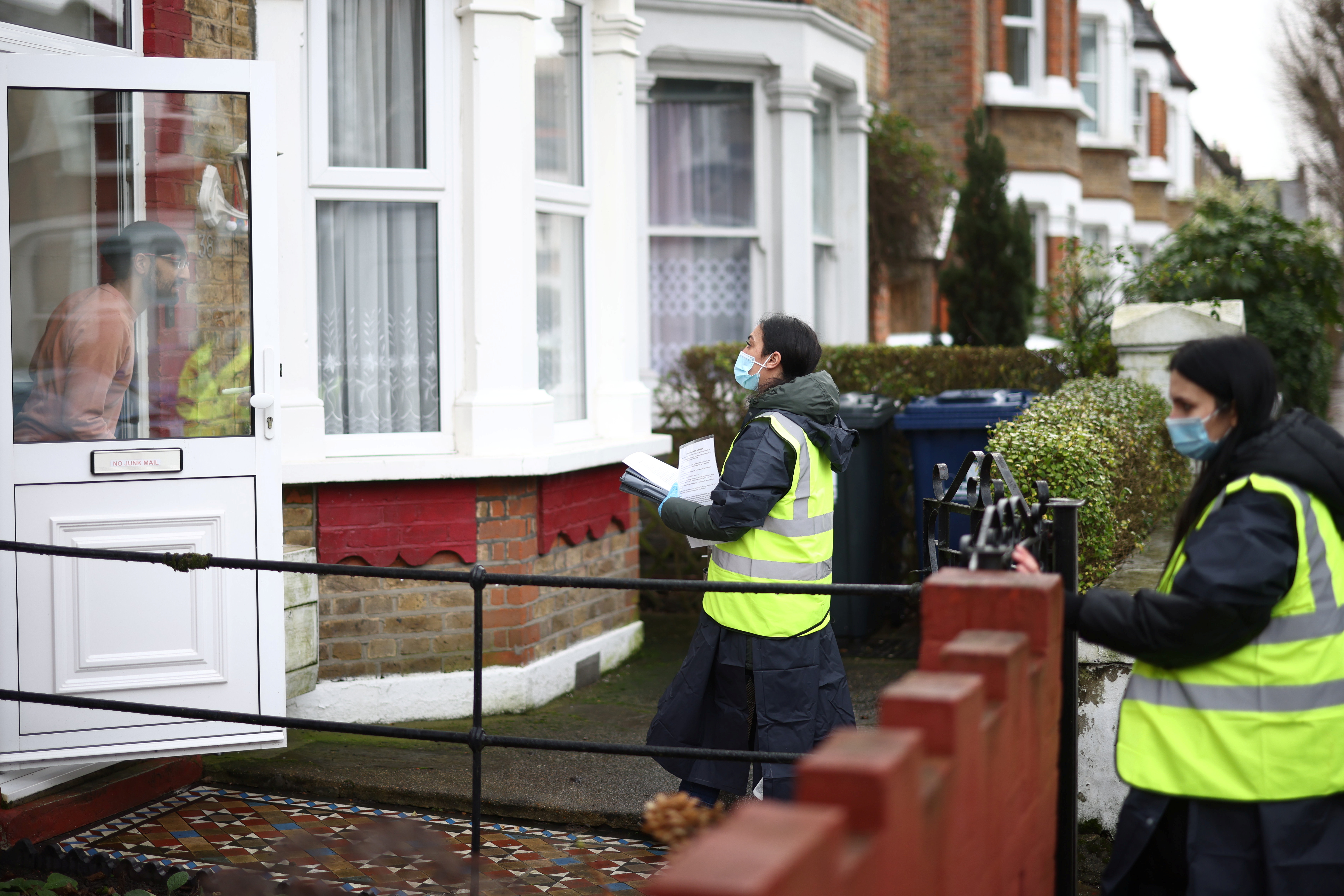 Health authorities in the United Kingdom have detected the appearance of one of the most disturbing mutations of the coronavirus – called E484K and associated with a greater ease in escaping human defenses – in the British variant of the virus that already worried about being apparently up to 50% more contagious. The English public health agency, at the moment, has only observed this new combination in 11 samples taken from covid patients, according to a report published this Monday.

The so-called British variant appeared in September and quickly became the dominant one in the UK. Has already been detected in 73 countries, including Spain, and the US authorities they have warned that it has the potential to worsen the pandemic. Scientists speak of virus variants when a series of characteristic mutations accumulate. The British variant has 23 changes, including the N501Y mutation, nicknamed Nelly by some geneticists and linked to the increased infectivity. Different scientific reports in the UK have warned in recent weeks that the British variant could also be associated with increased risk of death, although the data is not yet conclusive.

The E484K mutation, renamed Erik, would now join the other 23 previously identified. “It is worrying because to a more transmissible variant, and which now seems to be associated with a greater severity of the disease, we add a mutation that we know compromises the response with antibodies,” says the biologist Iñaki Comas, co-director of the consortium that monitors the genomes of the coronavirus in Spain. According to his calculations, the British variant – without Erik – already accounts for around 10% of cases in Spanish territory.

Novavax’s vaccine has been 89% effective against covid in the UK, but only 60% in South Africa

The microbiologist Ravi Gupta, from the University of Cambridge (United Kingdom), has created in his laboratory pseudovirus with the characteristic mutations of the British variant plus E484K. Its preliminary results, announced in their social networks, suggest that Erik increases the virus’s resistance to antibodies in donated blood plasma from people who have already received the Pfizer vaccine. The biologist Iñaki Comas recalls that human defenses do not consist only of antibodies. Another essential component of the immune response are T lymphocytes, white blood cells capable of destroying cells infected by the coronavirus. Greater resistance to antibodies does not necessarily mean that the virus escapes the defensive army of the human body.

The big fear now is that the new British variant with the addition of Erik will be even more transmissible, more harmful and more resistant to vaccines. The combination of the Erik and Nelly mutations had previously been identified in two other worrisome variants, first detected in South Africa and in Brazil. The Spanish Government decided this Tuesday to restrict flights from these two countries, although the South African variant is already in Spain: a first case was detected in Vigo last week.

The Erik mutation is the prime suspect for the increased resistance of the virus to human antibodies. The vaccine from the American company Novavax has shown 89% effectiveness against covid in the United Kingdom, but only 60% in South Africa, according to preliminary results of a trial with 20,000 people. In the same vein, the vaccine from the also American Johnson & Johnson has had an efficacy of 72% in the United States, 66% in Latin America and 57% in South Africa, according to provisional data of a trial with 44,000 participants. Vaccines appear to be less effective in stopping virus infections with the Erik mutation, but they still offer extremely high protection against severe COVID.

“It is not surprising that a mutation that confers such an advantage appears so many times in different contexts. It tells us that the only way to slow down the appearance of these variants is to reduce transmission to the maximum ”, says Comas, from the Institute of Biomedicine of Valencia (CSIC). Viruses are always mutating. The out-of-control spread of the pandemic multiplies the chances of more dangerous variants emerging. In the last week they have been detected almost four million of new infected in the world. “This is not just a window of opportunity for the virus to change. It is basically opening the windows, the doors and even the garage ”, in the words of the Colombian biologist Julian Villabona, from the London School of Hygiene and Tropical Medicine.

“The E484K mutation is worrisome, but it is not a reason to despair,” says Villabona. Modern American company reported on January 25 that the antibodies generated by his vaccine have a six-fold lower capacity to neutralize the virus compared to the South African variant, but it is still sufficient, recalls the researcher. “E484K may have an impact on the virus’s ability to reinfect us, but this does not mean that the variant will completely evade our immune system. Furthermore, the effect of the mutation in vaccines may be different at the individual level, but the effect at the population level may continue to be satisfactory ”, emphasizes Villabona.

The epidemiologist’s team Nuno Faria, from Imperial College London, discovered in December a variant of the coronavirus with Erik and Nelly in the Brazilian city of Manaus. Faria and her colleagues warned on January 12 that the virus could be mutating in different places on the planet in the same direction: variants that are more easily transmissible and even capable of reinfecting people who have already overcome the covid. The geneticist Fernando Gonzalez Candelas, co-director of the Spanish consortium and professor at the University of Valencia, believes that it is still too early to speak of a convergent evolution. “They are independent mutations. Now it remains to be seen that they are selected in the different populations to give rise to combinations of similar mutations ”, he points out.

The solution to the problem is well known: vaccinate everyone as soon as possible and, until then, protect yourself with masks, physical distance, hand hygiene and good ventilation. “The lesson that the new variants, and the E484K mutation, teach us is that we should not underestimate viral evolution by letting the virus spread rampant,” emphasizes Villabona. “A virus that does not spread is a virus that does not evolve,” he says.