The detection of the omicron variant in South Africa at the end of November raised new unknowns regarding the pandemic for the entire world.

This also occurs in times when one half of the world is vaccinated, and even giving booster doses, and another half is with low or very low inoculation rates.

The doctor John Swartzberg, emeritus professor of the chair of infectious diseases and vaccination at the University of California at Berkeley (USA), understands that not having achieved mass vaccination at a global level, either due to lack of access to doses in some countries such as for the rejection of injections against covid in others, generates billions of viral factories one for each of those individuals.

They will be the ones will produce the next variant of the coronavirus.

Swartzberg believes that, furthermore, that the northern hemisphere may suffer in the coming weeks what he calls a “tridemia”, that is, three pandemics at the same time, and he believes that the variant that appears in the world after omicron will be the one that transformWe buy to SARS-CoV-2 from a pandemic to an endemic.

This is a summary of the interview that Swartzberg had with BBC Mundo.

How do you analyze the course of the pandemic three weeks after the detection of omicron in South Africa?

I have a pretty clear picture of the possibilities for the next six to eight weeks and I am very concerned about potentially difficult times, more difficult than the ones we are going through right now.

In the US and much of the world we are seeing a delta resurgence right now. The delta pandemic has not gone away despite the fact that the news talks a lot about omicron. We’re still in the middle of a delta variant pandemic that’s causing significant morbidity and mortality, and then superimposed on that is omicron.

Ómicron in the US was 0.7% of cases a week ago and now it is 2.8%, four times more. If this continues we will see omicron as the dominant variant in the US in early January, while we are still dealing with the delta. This is called a double pandemic.

Last year we had little influenza contagion, both in the northern and southern hemispheres, but this year it may be average. In an average year we have a few hundred thousand hospitalizations and between 25,000 and 35,000 excess deaths in the United States.

If omicron, delta and influenza are added at the same time in these months of December, January and February, we really could be in a very difficult place in the next eight or ten weeks in the United States. 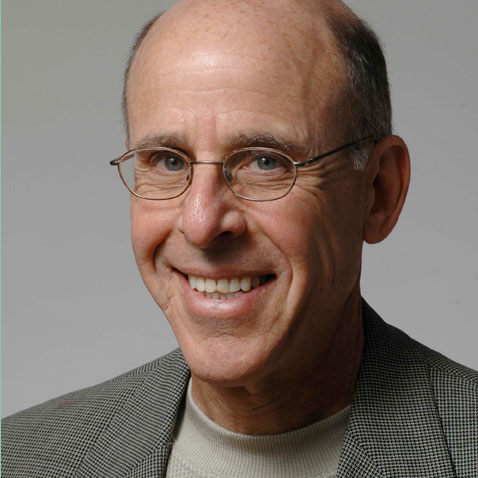 There was an expectation with the vaccines that was not realistic and it has been disappointing that they do not prevent infections as we would like. “

Do you think that people are now more relaxed about non-pharmacological measures against covid and that is why the flu will return?

If you had asked me before omicron, the answer would have been “yes”. There was a big flu outbreak last month at the University of Michigan and also at the University of Wisconsin. This happened because people were more relaxed, and influenza spreads in the same way as covid.

But if you ask me now, when people are worried about omicron and will go to get their booster shot or get vaccinated for the first time because of that fear, I hope that will also prompt people to get the flu shot and to be more careful.

So I’m not sure I can say that people are more relaxed right now. I will say that, without a doubt, omicron arrived at a bad time of year, because the cold weather (in the northern winter) leads people to be indoors and that is dangerous. Also, it is the holiday season, when people often travel and gather to celebrate. It’s the perfect time from an omicron perspective, but it’s a very bad time for us.

46% of the world’s inhabitants received the complete schedule of the vaccine against the covid. What is the risk of people who have not yet been vaccinated?

Most of the variants are unsuccessful, but some will. That is clearly the problem we have. We don’t have enough people with immunity, which allows the virus to continue to find a home in humans that function as its viral factories to produce more virus particles, and that means more variants.

The only way to break that cycle is to vaccinate humans at a much higher rate than we have around the world today. It is useless for the US to vaccinate its entire population if the rest of the world is not vaccinated. The virus does not recognize nationalities. It will simply search and find humans to infect. Wherever they are, there it will go; in the US, in South America, in Africa or wherever.

What can you expect from a future variant? Should it be less harmful than omicron?

In general, a respiratory virus causes me to sneeze and cough but it does not make me feel too bad, because if I have a high fever, terrible body aches and cannot get out of bed, I will not infect others. If the symptoms are minimal but it only produces coughs and sneezes, I will still go to work and do things with other people. That spreads the virus and is your ideal scenario.

If with omicron the coronavirus evolved into a less serious virus, that evolution can continue and become more benign. It would be a very good thing.

Is omicron then the prelude that the pandemic has becomeWe buy an endemic?

Can be. It will depend on how benign the disease it causes is. It is not easy to see beyond two months, but one possibility is that omicron is so transmissible that it infects almost the entire planet. And if it doesn’t turn into a really serious disease, it could become endemic.

But my guess is that omicron will first be replaced by another variant, which will be more apt to become an endemic infection. In any case, this virus, SARS-CoV-2, has many tricks up its sleeve, it continues to show these tricks and continues to surprise us. I have no idea how long it will take, but I know we will get there.

Until when do you think cases, hospitalizations and deaths from covid should be counted?

As long as it remains a serious disease and threatens the capacity of our health systems, we must monitor it very closely against those three parameters. Once it becomes a much more benign disease, does not threaten the capacity of our hospitals and we have far fewer deaths, we can relax.

Some anti-vaccines claim that vaccination is pointless because vaccinated people also get sick and transmit the disease. What do you say about it?

Go to any hospital right now or go to an ICU and see who is hospitalized with covid. There are between 10 and 15 unvaccinated patients for each vaccinated. It is true that people can get the infection despite having been vaccinated and yes, we are seeing more infections in those vaccinated with omicron than we saw with delta (and we saw more with delta than with alpha). All of that is very true. But those infections in vaccinated are much less serious and generally do not take people to the hospital.

13 or 14 months ago we talked about the fact that vaccines would need 50% efficacy against contagion to be approved by the WHO. Some were 95% effective, which far exceeded our expectations. And not only that. They were also preventing transmission, so they were doing a lot more than we expected, and everyone was thinking, “Wow, this is great! This is what we can expect from vaccines.”

Frankly, that was an unrealistic expectation and it has been disappointing that vaccines do not prevent infections as we would like. However, fortunately they protect us against hospitalization and death.

Some people received two injections, but no longer want a third.

This is an evolving pandemic, and our knowledge of how vaccines work best and how to best use them is still evolving. The fact that we now need a third dose is a reality. And we may need another in six months or a year, two or ten. No one has the answer at this time.

Anyway, I think there’s a very good chance that we won’t need another one for a long time after the third. What people have to assume is that “it is what it is.” After a while after receiving both doses, immunity wanes and we need a third injection to stay alive and keep our loved ones alive. So put it on. We may not need a fourth dose, but it is a possibility, and if we do, we will have to receive a fourth dose. That is what we have to do when we are in the middle of a pandemic.

There are few remaining letters of the Greek alphabet to name variants of covid. Do you think the end of the alphabet will be reached?

No, we will not exhaust the Greek alphabet because I am confident enough in our science and in my fellow men and women that we will find a way out of this pandemic. By this I mean that I am confident that enough people will be vaccinated to stop the emergence of new variants.