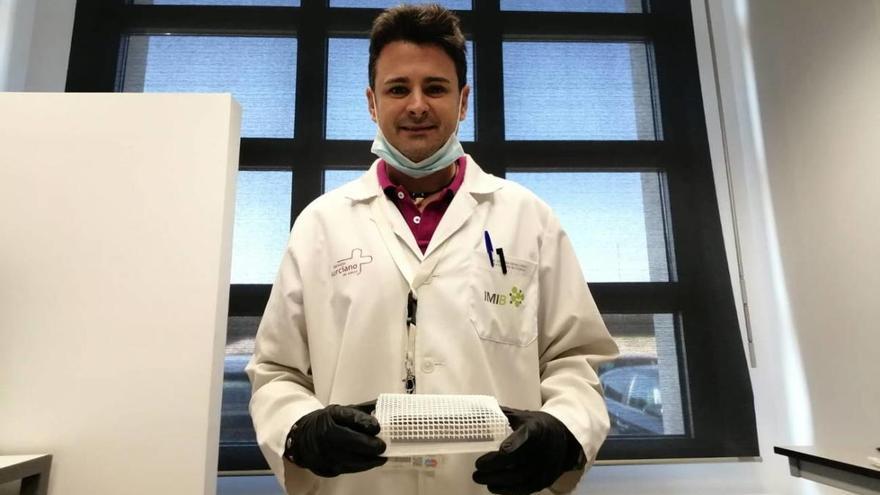 The degree of importance of aerosols -the smallest respiratory particles that we emit when we exhale- in the transmission of covid-19 is the subject of a heated debate among scientists. In this context, a new device developed at the Murcian Institute for Biosanitary Research (IMIB) and tested in a real setting, a hospital, not a laboratory.

Their creators have called them ‘Covid traps’, and consist of ddifferent surfaces or materials included in boxes with a protective plastic grid, in order to avoid that the patient or healthcare personnel can touch them. Details are published in the journal Science of Total Environment.

In a ‘trap’ that could not be touched and located more than one meter above the patient, two types of surfaces (polypropylene and glass) tested positive for COVID, suggesting airborne transmission via aerosols

According to the authors, these traps could serve as early detectors of coronavirus on surfaces of closed and public spaces, such as health and educational centers or indoor leisure areas, saving many massive tests “.

The ‘traps’ were installed and tested in the pits of six patients confirmed to have covid-19, although with a different viral load, and admitted to the ICU or a ‘covid’ ward of the Virgen de la Arrixaca University Clinical Hospital (HCUVA) in Murcia.

The samples were analyzed after one, two and three days in the same way that the nasopharyngeal exudate of people is examined, that is, by PCR test.

Only in the room of one of the six patients did the researchers find two types of surfaces (polypropylene and glass) that were positive in the detection of SARS-CoV-2 72 hours after installing the device.

“This result shows that the ability to transmit the virus through aerosols is very high., since the air in the rooms of the Hospital de la Arrixaca is renewed once a minute and all the air is from outside (it is not recycled) “, highlights the main author, Esteban Orenes Piñero, head of the IMIB Proteomics Platform .

“The traps were placed on the window posts more than a meter away and above the height of the patient -he adds-. It cannot be ruled out that the virus came through another route (larger respiratory droplets, for example), but the most normal thing is that the transmission has been by aerosols. We were able to observe transmission on those two surfaces and inevitably it was through the air, since both were included in the traps and no one could touch them. ”

This is the first study in which the presence of covid-19 is detected in real situations, not only in laboratories, according to the authors, who have put their devices to the test in a hospital in Murcia

“Being such a small study, we are with the second part of the project trying to see if the nasal goggles could favor the formation of aerosols and with that the transmission of the virus”, advances Orenes.

Till the date, there were previous studies in which the stability of different coronaviruses on surfaces was analyzed, but in these cases the aerosols or inoculums containing coronavirus were artificially generated to create an infectious environment. This is the first study to detect the presence of covid-19 in real situations, not just in laboratories, according to the researchers.

Applications in closed and public spaces

Orenes explains: “Although it is a pilot study, the results invite optimism because these traps can be used for the early detection of the virus in closed and public spaces, such as hospitals, schools, institutes, cinemas, theaters, restaurants … In this way, a lot of time and money would be saved by taking measurements in these places, avoiding the carrying out of massive tests and detecting the presence of the virus early. And, therefore, the closure of the place to avoid new infections ”.

The study, carried out with the support of the Ministry of Health of the Region of Murcia and the HCUVA health personnel, supports the recommendation to carry out frequent disinfection of the surfaces of hospitalized patients to avoid hand-mouth-nose and nosocomial infections in health personnel.

“In the same way, these recommendations also dThey must move to the rest of the population to avoid new infections, as well as hygienic measures such as hand washing or wearing a mask “, recall the authors.

Orenes concludes: “The main novelty of this research is that shows the high transmission of SARS-CoV-2 in indoor aerosols. So far there is a lot of controversy about this type of transmission and this study may help clarify or shed some light on this debate. ”