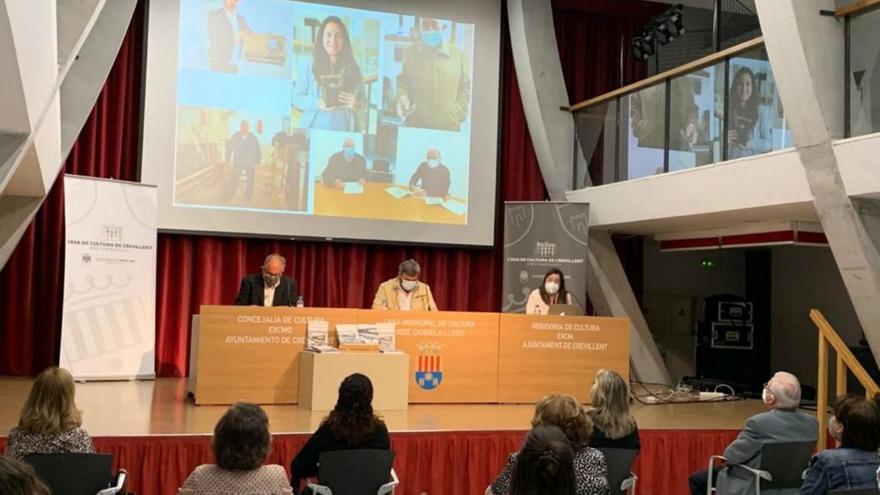 Recognition. The ethnographic magazine edited by the City Council of Crevillent has matured very early in the area of ​​research. With little more than five years of life, it can already be visited in the renowned bibliographic portal Dialnet.

Recently, Crevillent lived the presentation of the fifth volume of the magazine Notebooks of anthropology, ethnography and history. Crevillent, l’etnografia d’un poble, published by the City Council in collaboration with the Provincial Council of Alicante.

With a pandemic in between, the volume planned for 2020 finally appeared together with that of 2019. The magazine, born in 2015 with a marked local character, aimed to fill a void only alleviated by the annual Easter and Moros y Cristianos magazines. The new publication intended to focus exclusively on research and dissemination of the local heritage of Crevillent and neighboring areas that, in one way or another, could contribute to learning about local history.

The director of the House of Culture and the Municipal Library, Ana Satorre, was the promoter of this initiative. Their efforts served to motivate “a long list of authors that the journal already has, which has been maintained and consolidated as a benchmark for research work on local issues,” explains the municipal technician.

Satorre also highlights that “without counting on the numerous collaborations that have made the publication possible year after year, it would have been unfeasible.” For this reason, he indicates, “we should thank the researchers who have chosen this periodical publication to publicize their work, as well as the institutions that make it possible, the City Council and the Provincial Council.”

Now, Ana Satorre points out, the work of these years, and after not a little effort and some other complex procedures, “the reward has been achieved for the project, the authors and, especially, for Crevillent.”

After a little more than two years of procedures, the journal has finally been included in Dialnet, “one of the largest bibliographic portals in the world, whose main task is to give greater visibility to scientific literature,” says the portal itself. “It has not been easy as it is a periodical publication; the process has been more complex, ”says Satorre. To get to that point, “previously we have placed the journal in leading universities and academic and research centers.”

In short, a real achievement, therefore, when the first five years are fulfilled and that bodes well for those that remain to come.

The director of the journal encourages the presentation of unpublished works, as long as minimum requirements of scientific quality are met. “This is one of the aspects that has allowed us to be present in the aforementioned bibliographic repositories.” In addition, he points out, “after this achievement, the level of demand is higher.” So far there are more than 30 authors who, through 36 works, have contributed to the five volumes that have appeared, which add up to more than 1,100 pages dedicated to research and the dissemination of local heritage.

Crevillent thus consolidates a new space from which to display its cultural heritage, in one of the most prominent bibliographic portals worldwide.