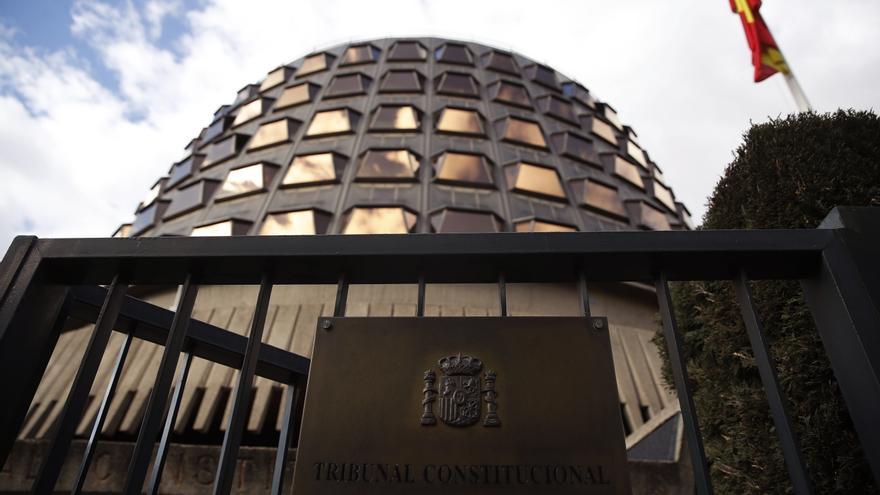 The spectacle generated can be described as regrettable, even from within the institution itself, in which for the first time, that I remember, one of the members attacks his colleagues in their particular vote to the sentence with a series of inappropriate adjectives of his condition, a fact that the author subsequently recognized and rectified, publishing a note on the Court’s website in which, in addition to announcing a new softened version of said vote, he expressed his apologies and assumed that he had made unfortunate and undeserved expressions towards his colleagues .

We are undoubtedly living a period of special tension and mediocrity. The partisan conception of reality, ideological fanaticism, lack of greatness and the permanent vision of the opposite as the enemy to be beaten have turned the political debate into an inappropriate struggle in attention to the responsibilities that the leaders have at hand. It is enough to witness a few minutes of the so-called “government control sessions” to show how low the quality of our deputies and senators has fallen, a circumstance for which, of course, the people who elect them are jointly responsible. But it is even more worrying, if possible, that these kinds of visceral battles are transferred to the judicial, informational and academic fields, using the same hurtful, disqualifying and insulting language.

The complexity involved in the subject of discussion is obvious and, in the absence of precedents for the fact under trial, I do not believe that either of both positions can be branded as nonsense, as it has been tried to sell from certain sectors. In my opinion, no solution or option to take was perfect, since it would always leave a loose end, given the inevitable use of obsolete legal tools and, furthermore, not created to face this specific problem. The size of the blanket offered by our legal system was not enough to cover everything, in such a way that, if one part was covered, another was left uncovered and without full legal protection.

In my opinion, the de facto budget (health crises, epidemics and serious pollution situations) fit well in the state of alarm, but the necessary measures to combat it were provided in the state of emergency. Without prejudice to the fact that, from the logic or from the health perspective, confinement was raised as the most appropriate route, from the legal point of view it did not fit into the state of alarm. Perhaps the border that separates the limitation of a right from its suspension is diffuse but, in the way in which it was imposed, everything seems to indicate that it exceeded the normative provisions. In a state of alarm, it is possible to “limit the movement or permanence of people or vehicles at specific times and places, or condition them to comply with certain requirements.” However, trying to include a home confinement within the previous sentence is to extend the legal interpretation to excessively forced levels.

Thus, if I had to opt for one of the two options, I would join the majority position of the Court, although without dismissing those who think to the contrary as “laymen”, or ridiculing them by accusing them of resorting to “doctrinal disquisitions. ”. I recognize that they also have their arguments, although I do not consider them sufficient nor do I judge them the most solid. In his case, I think that the regulations on health emergencies should be modified to avoid situations like the ones we have had to experience.

That said, what I cannot share at all, nor do I consider a valid legal argument in a Constitutional State, is to allege the defense of the Government as a determining element to decide on the constitutionality or not of the measure it has adopted. I have had to read several manifestations of complaint about how helpless the Executive is in the face of future pandemics, or reflections on the need for the Justice to judge with a certain perspective of conservation of the decisions of the Public Powers by the mere fact of being Public Powers. We return to the theoretical (and less and less practical) idea that everything that comes from the Government is done in the general interest and that any challenge it receives responds to less defensible private or subjective interests. In a particular way, I believe that such a position amounts to moving away completely from the values ​​of Constitutionalism. The Constitution was born to limit and control the Public Powers and to safeguard the rights of citizens against them. That is its essence and that is its reason for being. If we intend to turn our system into a conglomerate of guarantees in favor of the governments, we will have to close the stage of Constitutionalism and open another one focused on other values ​​and different principles.

And do not think that I am a staunch defender of the Constitutional Court. Absolutely. I have expressed disagreement with some of their rulings and, above all, I am scandalized by the dark and aberrant way of managing their agenda, both in the sense of delay in making decisions and in their preference when it comes to expediting certain issues and slow down (or outright hibernate) others, until their function becomes ineffective. I am also concerned about the denaturalization of the amparo appeal, which has disappeared as a mechanism for the defense of citizens’ rights to change into another more objective challenge for the defense of the Constitution, and not for the subjective protection of the rights of the people. Not to mention the alarming blockage in the renewal of its members, or the politicization of its appointments. In short, the Constitutional Court is susceptible to criticism, but it should not be attacked as an institution, nor suffer the vulgar methods of political confrontation in the analysis of its sentences and decisions.