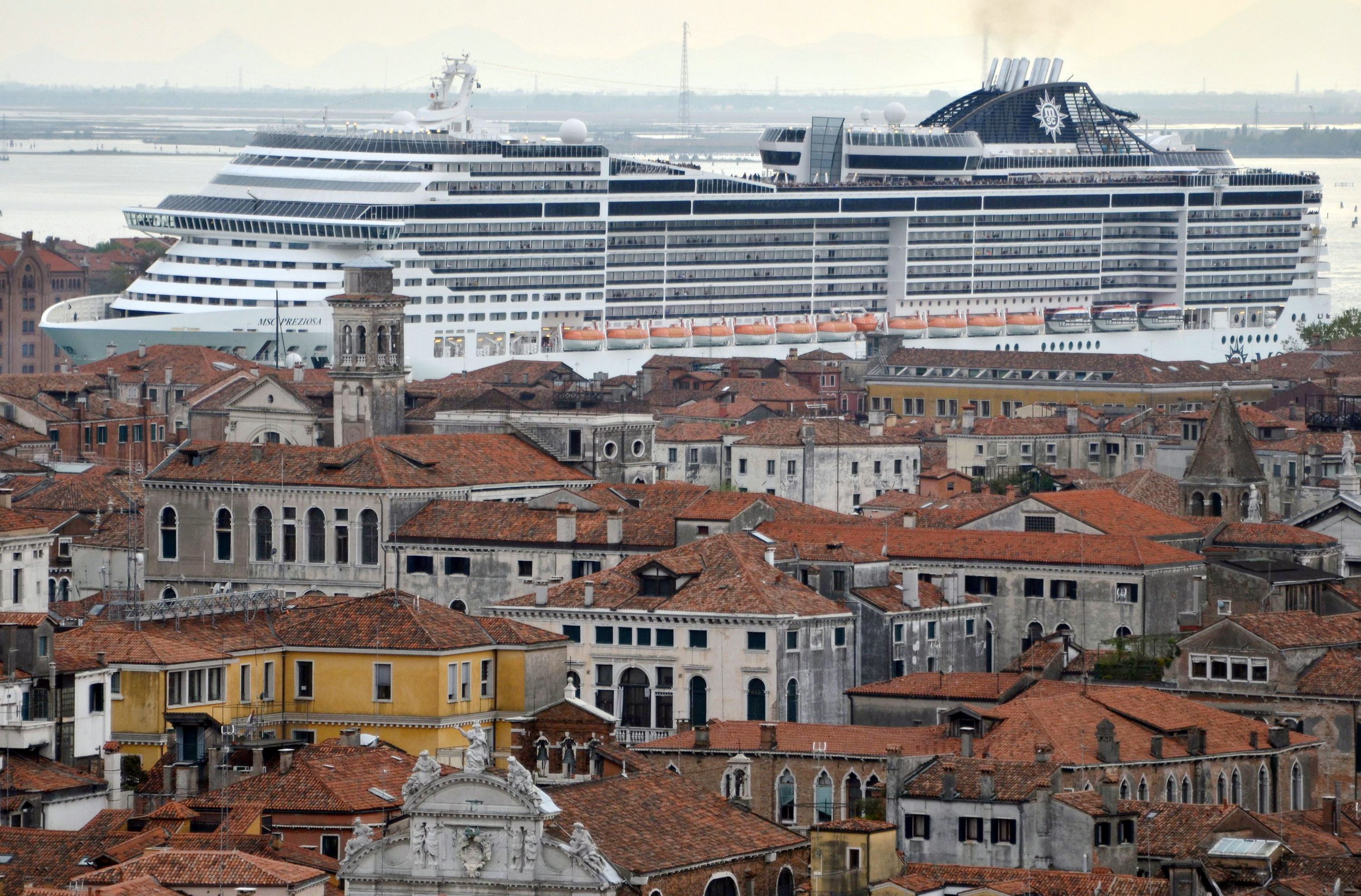 The images of giant ships crossing the Venetian lagoon and passing a few meters from the Doge’s Palace are about to go down in history. The Italian Government has approved a decree to progressively remove large vessels, both passenger and freight, from the fragile waters that bathe the city of canals.

The Executive of Mario Draghi thus addresses the historic claims of the Venetians, as well as numerous environmental organizations and UNESCO (the United Nations organization for Education, Science and Culture), which has even threatened to eliminate Venice from the list of World Heritage cities. These groups have denounced for years that large-tonnage ships, crossing the Giudecca canal, which leads to the historic Piazza San Marco, on the way to the maritime station, erode the submerged foundations of the city, which suffers periodic floods, known as high water. They also regret the landscape and environmental damage caused by cruise ships in a city that is overexploited by tourism, although now there are fewer visitors due to the pandemic.

Cruise ships are currently unable to enter Venice due to restrictions imposed by the coronavirus and their absence has contributed to improving the water quality of the lagoons. Before the pandemic, 594 cruise ships passed through the city in all of 2018, almost two a day, docking, disembarking passengers, stopping a few days and then departing.

The Government has stipulated that from now on, at first, the large ships will dock in the industrial port of neighboring Marghera, a town belonging to the municipality of Venice located to the west of the city and on the mainland, but also bathed by the lagoon of Venice. This proposal, which does not have the support of the anti-cruise associations that have been manifesting for years, is a temporary solution, since the objective is to completely remove the large-tonnage vessels from the waters of the lagoon. To this end, the Executive has announced that in the coming months it will launch a contest to choose a project that allows an alternative port terminal to be found in another place for vessels of more than 40,000 tons, with the aim of solving the problem “in a structural and definitive ”.

The solution will require time and resources. For this year, the Government has approved an item of 2.2 million euros. The ideal project must take into account both the requirements of safeguarding the Venetian heritage and at the same time be technically and economically viable. The Minister of Culture, Dario Franceschini, has described the initiative as “a correct decision and awaited for years.” The priority is to protect Venice, supported by a forest of millions of wooden piles submerged in the waters of the lagoon, from the currents generated by large boats, among other things.

The historical problem of cruise ships for the city became palpable in 2019 when a large MSC tourist ship crashed into the dock and invaded a small river-type vessel that at that time was sailing with a hundred tourists on board. Although for some time the authorities had been called upon from various fronts to restrict the transit and docking of large ships, from that moment on the pressure to remove the cruise ships from the lagoon was redoubled. So far no permanent solution has been found and all initiatives have failed.

In 2013, the government prohibited access to the Giudecca canal for vessels exceeding 96,000 tons, but shortly afterwards the rule was withdrawn. In 2017, new plans were also announced to tackle the situation, which included, among other things, the diversion of large ships to Marghera, but were never fully implemented. There was also talk of a private project to build a mooring point on the edge between the waters of the lagoon and those of the open sea, but it did not get the approval of the city council or the Ministry of Transport and it was also left in the drawer. That same year, several associations launched a popular referendum, without any legal value, for which the inhabitants of the historic center of the city, where 53,000 people live, voted if they wanted to expel the large ships from the lagoon. About 25,000 citizens participated and the ‘yes’ won by 98.7% of the votes.