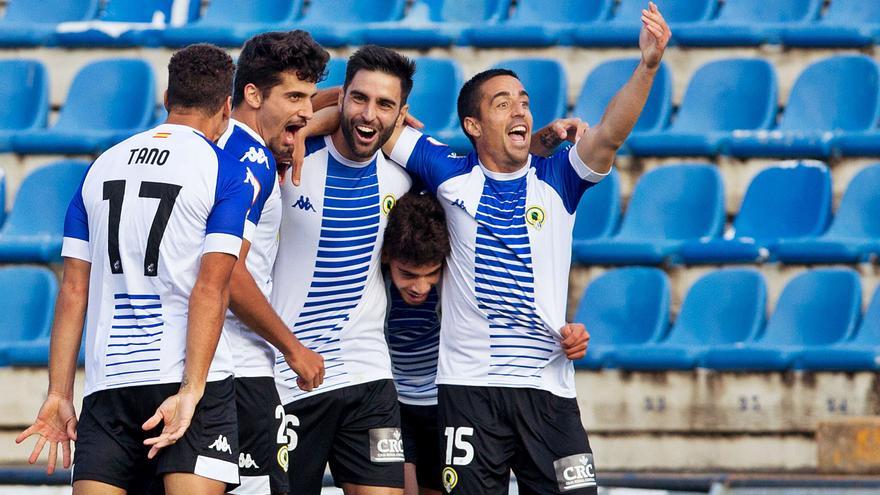 Defeat would open the door to an unknown, untrammeled, inhospitable, destructive world. Losing is dying. To fall into the fourth category of national football is to move further and further away from professional football, to throw oneself into the void without a net or parachute. If the blue and white squad does not want to link its name to the most embarrassing nonsense in the history of an almost hundred-year-old entity, it will have to shake off doubts and worries and go decidedly for Lleida.

Speculating is never the way. Without Kévin Appin, who will not wear the blue and white again – at least this season – Armando and Moyita are forced to balance the Alicante game so as not to turn it, as happened against Cornellà, into a nondescript transfer of the ball from band to band without any depth and at an improper speed of the quality of the Herculanian players.

Manolo Díaz will have to recover the collective concept that gave him excellent results against Llagostera. Take advantage of the diagonals of Abde and Pedro Sánchez to gain superiority on the sides. Raúl Ruiz returns. It will be the holder. It is not 100%, but it is now or never. His replacement, in case he suffers before time, will be Tano Bonnín, who has also been discharged. If the Dominican does not play in the end, it will be great news, that is how strange everything is.

The other change in the eleven that the Madrid coach values ​​affects the attack. The ability Buenacasa showed on Saturday, his energy, the Hercules coach liked more than the difficulties in finding mobility between the lines of Pastorini. Lleida do not defend as well as Cornellà, but the fact that the Catalans are worth a draw may sharpen their taste for containment work. Two forwards is also an appealing formula when you plan to boost the game from the outside and the centers to the area in a classic 4-4-2.

The rest of the block is clear, with Moisés Romain and Álex Martínez accompanying Raúl behind; Pedro Sánchez and Abde flanking Moyita and Armando; and Manu Garrido as the main offensive reference.

It is time to take out everything that everyone has inside. There is no room for maneuver. A stumbling block would be insurmountable, hence intensity and concentration seem decisive. Committing brand failures like those signed by Javi Pérez five days ago, or the confusion in the defense of a corner kick at the edge of half-time that same afternoon send Hercules into a mud pit from which it will be very difficult to get out in the short term. and the medium term.

Opposite, the Lleida of Manuel Casas, «Molo, lives prisoner of a sinister paradox that makes his team, on paper, better draw than win in Alicante. If he is victorious, the Blue and Whites would travel to Llagostera without any motivation and the people of Lleida need the Germans to click on the last day so that they can enter the Pro by beating La Nucía at the Camp d’Sports. It’s twisted, but almost everything is this season. The coach of the Lleida squad arrived last night in Alicante with the absences of midfielder Chavero, central Fall, left-back César Soriano and right-handed winger Álvaro González, all potential starters. You can not fail anymore, if you fail, goodbye.