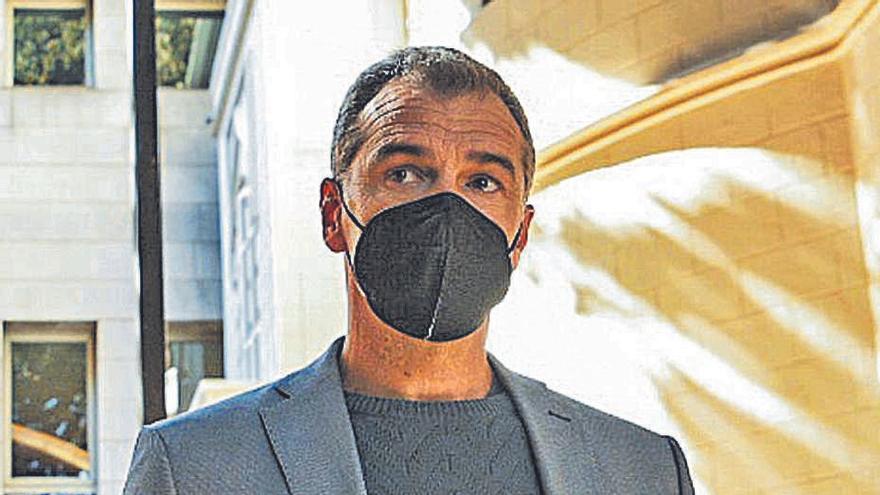 The slam of Toni Cantó to what had been his party since 2015 has not been accompanied by the resignation of the orange card. It was on March 15 when he publicly broke with Arrimadas after the failed motion of censure in Murcia that ended up causing Cs to lose two autonomous governments in which it remained in coalition: that of López Miras and, on the rebound, that of Díaz Ayuso. He then demanded resignations from the Arrimadas headquarters, triggering the pressure on the leader. He did not succeed and decided to abandon all his institutional and organic positions. The interpreter left, but took the party card with him, which he has not renounced at any time, at least publicly. All of this while actively supporting Ayuso against Edmundo Bal, who is technically still his party partner.

Cantó’s controversial fit as number 5 on Ayuso’s list is not the only Valencian controversy that has crept into the Madrid elections. There is more. The president of the Generalitat, Ximo Puig, had to go out yesterday to defend himself against Ayuso’s stakes, who affirms that Pedro Sánchez is sending more funds to the Community than to Madrid for a matter of party affinity and that is something that, he says, it discriminates against Madrilenians. In this regard, Puig asserted that the central Executive is acting in the distribution of aid as a government has to act, “attending to the general interest and setting the criteria that have to do with equity and equality.” In his opinion, “everyone knows” that the Community is “the worst financed in Spain” and that Madrid “has a positive effect of capitality and at the same time exerts fiscal dumping”, but pointed out that it does not want to “confront any autonomous community”.

For Puig, “the Government of Spain, in the last decisions, what it does is act in the way that a government should act, attending to the general interest and setting the criteria that have to do with equity and equality.”

He affirmed that “the derivative of an electoral campaign” that does not correspond to the Community will not continue and that, in his opinion, “it shows that when there are no arguments, disqualification is used.” Puig assured that Madrid has all his respect, but defended the need to go “to a restructuring of Spain in which all Spaniards are completely equal when it comes to the distribution of funds and when it comes to opportunities.” In his opinion, “the capital effect cannot be permanently punishing other communities.”

The oranges redistribute power in the Courts

The parliamentary group of Ciudadano (Cs) in the Valencian Cortes has begun to put together the puzzle of its next stage, the one after the departure of Toni Cantó. With the agreement to elect the trustee, Ruth Merino, the deputies agreed to debate the fit of a distribution of institutional positions that little by little is beginning to be defined. The new parliamentary spokeswoman informed the Chamber Table yesterday that in the Education, Culture and Sports Commission, Rosa Menor will remain as spokesperson while Patricia García enters as a member, replacing Mercedes Ventura, although she was occupying that position in recent months Carlos Gracia for Ventura’s maternity leave.

The new balance of forces with the appointment of institutional positions, which entails a variation in the emoluments they receive in the Cortes, is trying to put an end to the confrontations that until now existed within the parliamentary group between the sector that supported a Cantó and the opposite, a good part of whom is linked to Senator Emilio Argüeso, who has been expelled and has voluntarily passed to the mixed group in the Upper House.

Party sources specified yesterday that the election of the new territorial coordinator of the formation has yet to be defined, although that is a decision that, probably, will not be taken until after Easter, and always in line with the Arrimadas leadership.