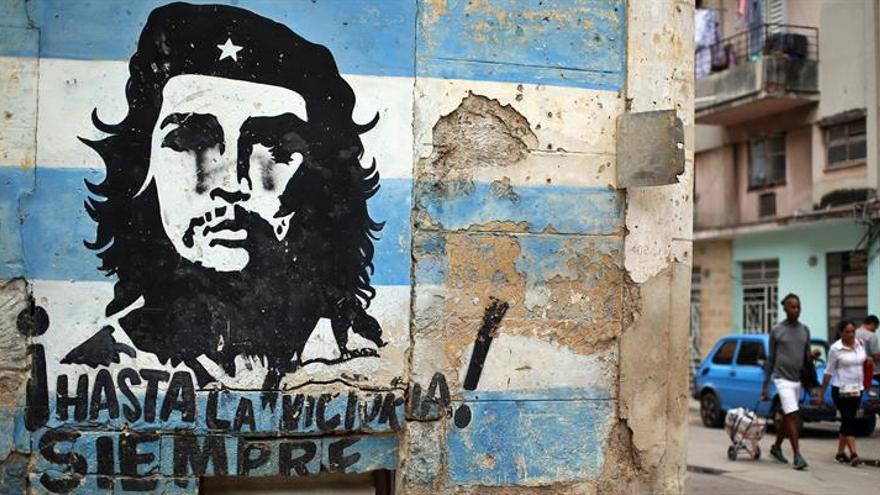 Cuban efforts that disprove British Prime Minister Boris Johnson’s claim when he sarcastically told a group of Tory deputies that the Anglo-Swedish AstraZeneca vaccine was the exclusive merit of capitalist greed.

Johnson did not even tell the truth because that vaccine was possible thanks to the generous injection of public funds at Oxford University, which was the one who developed it, not to mention that it is the National Health Service that administers it to British citizens.

Forced by circumstances, regardless of international capital flows, Cuba has had to work on its own vaccines with total independence from the private sector, which is why its effort is all the more meritorious.

International calls were of little use, including that of the UN Secretary General, Antonio Guterres, for the US and its allies to suspend unilateral sanctions for the duration of the pandemic.

A resolution in this sense presented by Russia in the UN General Assembly was voted against by the US, the European Union, Great Britain and Georgia and Ukraine, two countries that are clearly trying to make merits to join NATO.

There is no weapon more lethal than economic sanctions against a country, as demonstrated by those applied to Iraq in the wake of the Gulf War in Iraq, where it is estimated that half a million children died.

Deaths due almost all of them to perfectly curable diseases as the drugs and sanitary instruments that the country needed could not be imported.

Cuba has been continuously subjected to the boycott of the neighboring superpower since 1960, when, for the first time, the United States prohibited the importation of sugar cane, an agricultural crop essential for the island’s economy.

That first boycott would worsen year after year, the same with President John F. Kennedy as with those who succeeded him, even after the Cold War ended, when no one could argue that Cuba represented any danger to the United States.

And so the embargoes followed one another despite twenty-four condemnation resolutions by the United Nations, voted by the vast majority of countries with the exception of the US, Israel and some others.

Trade restrictions from both the US and other countries under its pressure created very serious supply difficulties, despite which, based on tenacity and ingenuity, Cuba managed to build a national biotechnology system.

And this system, one hundred percent public, is the one that has managed to develop since the outbreak of Covid-19 different types of vaccines, to which the international political system and the media hardly pay attention.

Cuba, which has one of the highest ratios of doctors per thousand inhabitants in the world, has sent 3,500 of them to different countries to fight the pandemic.

It is estimated that 57 brigades of specialists have treated more than 1.26 million patients for covid-1 in forty countries, including Italy, where a mission of 52 doctors arrived that was active in some of the cities hardest hit in the first wave like Crema and Turin

The United States, a country that does not want to share its vaccines with others until its own citizens are vaccinated, came to describe Cuban missions abroad as “forced labor that the State imposes on medical personnel.”

A bill was even presented there – still under discussion – which would include those who host these missions on the black list of countries that favor trafficking in human beings.

Meanwhile, despite all these obstacles, the Cuban biotechnology sector is working on up to five vaccines against Covid-19, some of which are already in phase III of experimentation. They have received names like Soberana 2, Abdala or Soberana Plus.

Its specialists are also currently collaborating with China in the development in the province of Hunan of a new vaccine, Pan-Corona, which is intended to be effective against different strains of the coronavirus. And they also do it with the Pasteur Institute in Tehran.

Not everything in this fight against the pandemic is the result of capitalism and excessive profit motives, as Boris Johnson presumed.